Just over three years have passed since the Richard Schirrmann youth hostel was converted in January 2019 into an emergency housing resource for unaccompanied foreign minors arriving in the region, and just over four months remain for the Community of Madrid shut down the center and the inmates are transferred to the other end of the city. 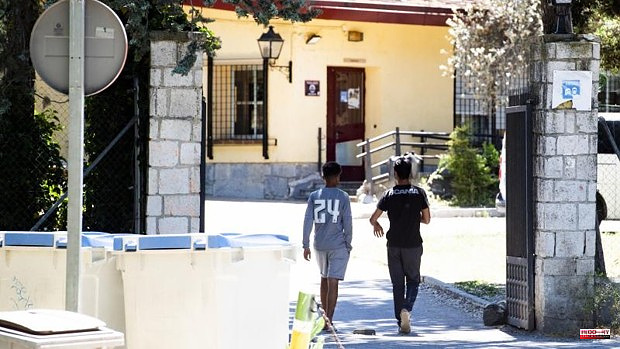 Just over three years have passed since the Richard Schirrmann youth hostel was converted in January 2019 into an emergency housing resource for unaccompanied foreign minors arriving in the region, and just over four months remain for the Community of Madrid shut down the center and the inmates are transferred to the other end of the city. Specifically, at the Barajas Occupational Center, where the Madrid Social Assistance Agency (AMAS), attached to the Ministry of Family, Youth and Social Policy, will create a specific residence for this type of inmate starting next November.

The change of location will put an end to almost four years of controversy in an enclave that will be released again to offer other services, "either resuming its old activity as a youth hostel or for other uses, a decision that will be made soon," as confirmed from the counseling itself to Ep.

Minors currently stationed in Batán, with a maximum capacity of 50 places, will be taken to the Barajas district, where they will have "spacious facilities and a specific support team for these young people."

A decision that will leave behind a trail of events that already in the first months of life of the center put the neighborhood on alert. This is how one of the residents most involved in publicizing the registered conflicts remembers it. Despite the fact that the problems began in the months prior to the first state of alarm, it would not be until after the lifting of the most restrictive traffic measures when the situation was going to get completely out of control.

The media focus began to settle after the National Police arrested nine minors in June 2020 for stoning several neighbors -and stealing the wallet from one of them-, who were trying to help a woman who had previously stolen the same assailants. Two people suffered gashes in the head, which required stitches. Since then, the presence in the media of what happened there began to be notorious. Aggressions, some as serious as the one suffered by Mikel, a 41-year-old man, who was attacked when he was walking quietly at dawn shortly after leaving his partner's house.

"I noticed that someone stood behind me and when I turned around I saw three young men who immediately came for me," he recalled to this newspaper, still convalescing from his injuries: "They told me to give them everything and I began to struggle with them" . One of the assailants hit him on the head with a glass bottle, causing Mikel to flee in terror. "I collided with some brambles because I didn't even know where I was going," he added, just before receiving another four bottle blows while one of the aggressors kept yelling "the phone, give me the phone." Doctors had to place up to 12 staples from three different wounds.

The following week, misfortune would befall Isabella, a 23-year-old Venezuelan woman, assaulted and kicked to the ground on her way home after getting off at the Batán Metro station. "I walked about 100 meters and suddenly two guys approached me. One on the left and the other behind her », he recounted, aware that this last subject pounced on her and threw her to the ground. "They started kicking me in the head until I dropped the mobile phone." While several neighbors came down to help her, alerted by her screams, the two individuals fled at a run back to the Casa de Campo.

The victims grew and nobody understood the state of insecurity generated. Women like Nuria, 58, were at that time afraid to go out on the street. Accustomed every afternoon to take a walk to the Aluche neighborhood, this neighbor would be assaulted by two minors in the Villavaliente street underpass, which allows you to cross the A-5 between Batán and Lucero. Her malefactors, of North African nationality, pounced on her from behind, strangling her using the 'mataleón' technique until she lost consciousness. And all to take away her mobile phone, the only valuable item she carried on her.

The trail of registered crimes was such that in October of that same year more than 400 neighbors came to concentrate in the plaza of the Batán station. They then demanded the "return to the people of Madrid" of the old shelter and asked the Ministry of Social Policies to exercise "effectively" the guardianship of the minors who were there temporarily, "giving them a place suitable for their needs". The incredulity also increased when learning first-hand that all the parties with representation in Madrid, with the exception of Ciudadanos, had been in favor of the center returning to its old use.

Shoplifting and other problems caused in the vicinity of the Batán, Casa de Campo, Alto de Extremadura and Lago Metro stations, as well as inside the green lung, with various entrances to the Venta del Batán bullfighting school , were also part of the controversies that occurred. However, police pressure, the decrease in the number of inmates and their lower average age gradually redirected the situation. Crimes dropped dramatically and fear and insecurity took a backseat. The center of discord already has its days numbered.

Tiny but dangerous: relief in Australia - radioactive capsule found after days of search

From Sabine Christiansen to Anne Will: The faces of the ARD talk show
BREAKING NEWS 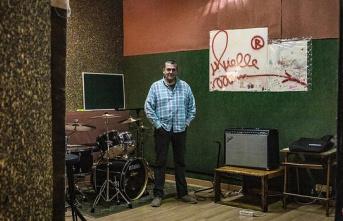 Muelle, the indelible signature of the streets of...