Many football fans eagerly anticipate the Champions League Final when Ancelotti's men take on the Reds.

Real Madrid, the Spanish heavyweight, will compete for a 14th Champions League title after their la Liga triumph. They will take on Liverpool in Paris in Saturday's final. 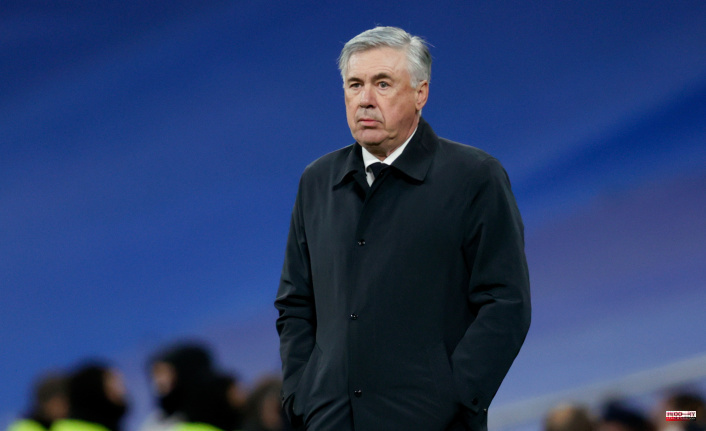 Real Madrid, the Spanish heavyweight, will compete for a 14th Champions League title after their la Liga triumph. They will take on Liverpool in Paris in Saturday's final.

Carlo Ancelotti, Real manager, should have a fully fit team to choose from. Jurgen Klopp, Liverpool manager, had been worrying about the fitness of Thiago and Fabinho before the big match. However both should be available for the match.

With only hours before kickoff, thousands of Liverpool and Real Madrid supporters have been flooding the streets.

Many people hope their team will win, but most are well aware that there is not much between them.

One Liverpool fan said, against the magnificent backdrop of the Eiffel tower, that he was only concerned about Benzema . He's been throughout his career one the most underappreciated strikers his generation, and he's really up there. He's undoubtedly one of the most outstanding number 9's in world right now.

A Real Madrid fan stated, "It's not fear. But yes, we have to remain focused." Real Madrid has a great coach and a strong team, but they will win, I'm certain.

Liverpool may be slight favorites going into the final, but Real Madrid always seems to find a way. Regardless of the outcome, both teams as well as their fans deserve to be here.

Robini, a French national, said that Real Madrid would be feisty against Liverpool after knocking out Chelsea, PSG and Manchester City.

"Four years ago, Madrid lost the champions league final. Will history repeat itself? Or can Jurgen Klopp's team stop Luka Modric’s genius in midfield or Karim Benzema’s efficiency in front goal? We'll just have to wait and watch.