The festivities in honor of the Christ of Humility, patron saint of El Toboso, began this Sunday with the imposition of bands on the bridesmaids and the subsequent transfer of the image in procession from its hermitage to the parish church. 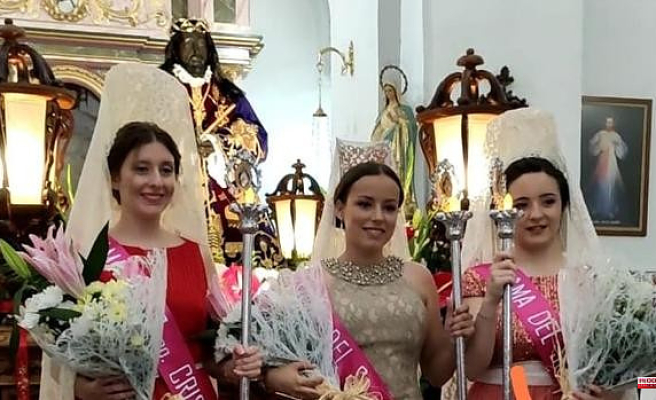 The festivities in honor of the Christ of Humility, patron saint of El Toboso, began this Sunday with the imposition of bands on the bridesmaids and the subsequent transfer of the image in procession from its hermitage to the parish church.

Numerous neighbors went to the hermitage of Christ to witness the inaugural acts of these festivities organized by the Brotherhood of Christ of Humility with the collaboration of the parish and the town hall.

In it, the bands were imposed on the bridesmaids of Christ, a position held this year by the young Carmen María Arinero Morales, María Díaz Carreño and Ángela Ramírez Díaz.

In addition, the outgoing ladies were said goodbye, a gift was given to the children who have received their first communion and the new mosaic with the image of the patron saint of El Toboso was blessed and inaugurated on the main door of the hermitage.

After that, the massive procession of the Christ of Humility began. On the way to the parish church, the image was accompanied by authorities, members of the Brotherhood Board of Christ of Humility, bridesmaids, communion children and neighbors, as well as the 'Santa Cecilia' Musical Association.

The mayor, Pilar Arinero, explained that “these festivities are more special than ever, since the pandemic had prevented them from being held in the last two years, and they are always a point of reunion, because many people return to El Toboso these days as we hope will happen next weekend»

Arinero congratulated the Brotherhood of Christ of Humility for the effort involved in organizing these festivities for the enjoyment of all residents and stressed that El Toboso "feels real fervor for his patron."

The patron saint festivities will have their climax next weekend with a multitude of religious and festive activities. During these days, the solemn quinary and Easter of the sick will be celebrated.

On Friday, June 3, at 7:00 p.m., the 'Santa Cecilia' Musical Association of El Toboso will offer a parade. At 11:00 pm, in Plaza Juan Carlos I, the show 'Cuatro motes manchegos' will take place by comedians Juanjo Albiñana, Fran Pati, Roberto Gontán and Jesús Arenas. The day will end with a dance enlivened by DJ Marcos Galván starting at one in the morning.

On Saturday, June 4, the acts will begin at eight in the morning with a target by the 'Santa Cecilia' Musical Association. At 10:00 a.m. there will be a collection of bidders, flag, bridesmaids and honorees. At 11:30 a.m., the Holy Mass will be celebrated in honor of the Holy Christ of Humility, which will include the participation of the 'Morales de Nieva' Choir from El Toboso. At the end, they will be honored for their devotion Manuel Marchante López and Luisa Cobo Esquinas, in addition to Félix Cañada Cabra and Remedios Gallego López. Likewise, the Toboseño composer Víctor Morales will deliver to the Brotherhood of the Procession March 'Ecce Humilem', which will be performed in the parish church by the Band of

At 1:00 p.m., at the José Ángel Muñoz Social Center, the traditional ‘ranra’ will take place, a popular invitation organized by the bidders. Likewise, in the restaurant 'El Quijote' the brotherhood meal will take place.

In the afternoon, from 7:00 p.m. to 9:00 p.m., there will be inflatable attractions for children. At 10:30 p.m., a procession of the Santísimo Cristo de la Humildad and, starting at one in the morning, in the Plaza Juan Carlos I there will be a popular festival by the orchestra ‘Buonasera’.

On Sunday, June 5, the events will begin with the traditional bullseye by the 'Santa Cecilia' Musical Association of El Toboso. At 11:00 am, in the hermitage of Cristo de la Humildad, the concentration of bridesmaids, bidders, flag bearer, honorees and brotherhood meeting will take place. All of them will parade to the San Antonio Abad parish church, accompanied by the El Toboso Music Band. There, at 11:30 am, the religious function will begin with the participation of the parish choir.

At 1:00 p.m., at the José Ángel Muñoz Social Center, the popular ‘ranra’ organized by the bidders will take place.

In the afternoon, at 6:30 p.m., the offertory will take place before the image of the Christ of Humility. From 7:00 p.m. to 9:00 p.m., children can enjoy a variety of games, activities and children's workshops, as well as face painting. At 9:00 p.m., the 'Santa Cecilia' Musical Association will offer a great concert and at 10:30 p.m., an act of offering by bidders, flag bearers and bridesmaids. Next, the procession of the rise of the Holy Christ will be held from the church to his hermitage and upon reaching the Plaza del Arco the offices will be delivered to the new bidders.

The festive events will continue on Saturday, June 11, starting at nine in the morning, at Parque IV Centenario, where the skill contest with tractor and trailer will take place, and the petanque, caliche and arrimapalo championships will be played. Throughout the morning, a lunch will be offered to participants and attendees.

Finally, on June 18, from seven in the afternoon to ten thirty at night, the reception of offerings will take place in the hermitage of Santo Cristo de la Humildad for their subsequent puja.

From eight to nine at night, the cake contest will be held, and at half past nine at night, the folklore group 'Cuna de Dulcinea' will perform. After that, at eleven o'clock at night, the act of gratitude to Bernardo Manjavacas Torrillas will begin; the traditional auction of the donated objects and the auction of three trades, banner and flag of the Brotherhood, in addition to delivering the corresponding trophies and proceeding to the raffle of gifts and prizes. 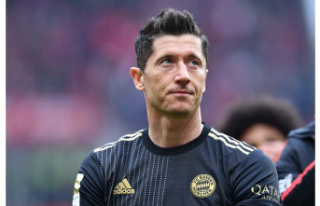