The mayor of Salamanca, Carlos García Carbayo, transferred this Monday the city's commitment to those who "suffer the barbarity of the war in Ukraine" to the refugees who are in the Lazarillo de Tormes Shelter. 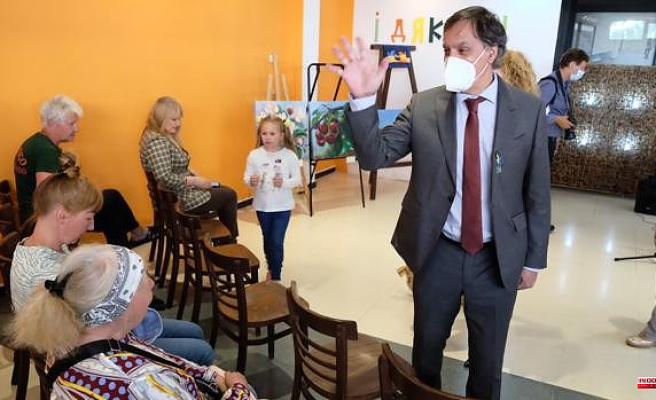 The mayor of Salamanca, Carlos García Carbayo, transferred this Monday the city's commitment to those who "suffer the barbarity of the war in Ukraine" to the refugees who are in the Lazarillo de Tormes Shelter. “We are going to be by your side at all times and with everything you need”, the alderman has promised the 64 Ukrainians who reside in this municipal center, as well as the 16 housed in Proyecto Hombre-Fundación Alcándara. "Salamanca is a welcoming city that turns to those who need its support," he added.

The mayor, accompanied by the Councilor for Family and Equal Opportunities, Ana Suárez, has been interested in the situation of refugees, whom he already visited at the end of March when they arrived in Salamanca to "flee the horror of war in his country".

Taking advantage of this visit, the Ukrainian community of the Lazarillo Hostel organized various activities in which they showed their cultural, artistic or sports identity.

Thus, little Taras Polishchuk has performed two songs, 'A Cossack was driving through the Danube' and 'Moon Night', with which he showed his talent as a performer and guitarist. For her part, the poet Nataliia Polishchuk recited two of his works, 'Flores de Luvia' and 'Torero', a symbolic text because she was the first poem she wrote at the Albergue Lazarillo de Tormes. Another of the artists from the Ukrainian community in Salamanca, the painter Anzhela Melnykova, exhibited and explained the meaning of three of her works 'Flowers', 'Cherries' and 'Spanish Paradise'.

Since the end of March, Salamanca has welcomed 73 Ukrainians in the Lazarillo de Tormes Youth Hostel, 24 children and 49 adults, although there are currently 64, 28 children and 36 adults, along with another 16 refugees housed in Proyecto Hombre-Fundación Alcándara. Since their arrival, Salamanca City Council has provided them with psychological assistance, maintenance and laundry in this municipal facility, in which a toy library has been set up so that the little ones can enjoy moments of leisure, while the adults receive Spanish classes thanks to the agreement signed with the Pontifical University of Salamanca. In addition, the children have been in the educational system for weeks.

1 The PP asks the PSdeG and the BNG to bring "sensible"... 2 Matandrino, the abandoned village sold for 100,000... 3 In October, LVMH invites the public to see the luxury... 4 Chamaloc. Fatal biker accident: An investigation is... 5 Soccer. Mercato. Bayern Munich announces Corentin... 6 Disappearance. On Wednesday, Macron will preside at... 7 A sanction against a doctor for reporting suspicions... 8 Final Pro D2: 2,500 seats at Stade Montois, Montpellier... 9 «There are many more things that can unite Feijóo... 10 The Alvia court paralyzes the procedure while waiting... 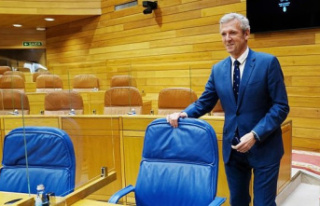 The PP asks the PSdeG and the BNG to bring "sensible"...