Disaster in the New York stock market, which enters a bear market

The New York Stock Exchange closed Monday's session with resounding and widespread falls, which placed several of the benchmark indices in bear markets or, as they are called in the US, 'bear market' ('bear market' ). 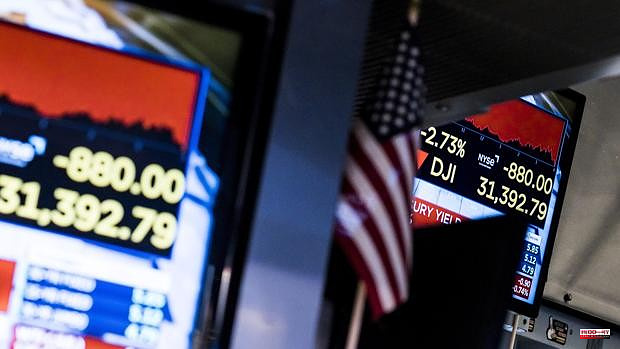 The New York Stock Exchange closed Monday's session with resounding and widespread falls, which placed several of the benchmark indices in bear markets or, as they are called in the US, 'bear market' ('bear market' ). The S-Index

The markets had the weekend to digest the worrying inflation data that was known on Friday -prices grew by 8.6% in May, the highest rate in forty years, without showing signs of letting up- and they started the week with concern about the measures that the Federal Reserve is going to be forced to take this year.

The monetary authority has already approved two rate hikes so far this year to put an end to the unbridled evolution of prices. It did so at its meetings in March - the first time it had raised rates since the end of 2018 - and in May, when it did so by half a point, the largest increase since 2000.

The Fed will continue to tighten its monetary policy - this week there is another meeting and another half-point hike is expected - and that fuels fears that they will lead the US economy into recession.

The bear market is one in which the indicator in question is below 20% of its historical peak. It happened in Monday's session with the S

The stock market crash left almost no one unscathed. Among the main losers were also several technology companies, a sector that had exploded during the pandemic: Apple fell 3.8%, while Amazon fell 5.5%, Meta (the parent company of Facebook) fell 6 .4% and Tesla, the electric car giant led by Elon Musk, sank 7.1%.

Even the energy sector, the only one of the eleven sectors that make up S

The stock market collapse was accompanied by a pronouncement in the fall of cryptocurrencies: the most important, Bitcoin, accumulated a drop in the last 24 hours of about 15% at the end of the session, according to CoinDesk, and Ethereum registered a similar collapse. Since its peak last November, Bitcoin's dollar exchange rate has fallen by more than 65%.

1 Patent law is being broken by artificial intelligence... 2 They cannot all be ruled by one statistical analysis... 3 New York Fund Apologizes For Role in Tuskegee Syphilis... 4 Avexitide promises Hypoglycemia after Weight Loss... 5 How climate law can be used to help prevent the next... 6 How universities can help ease the pain of menopause... 7 Climate change: Water at the center of solutions 8 It is wrong for the US Supreme Court to ignore evidence... 9 In very early trials, a male contraceptive pill appears... 10 Survey: Physician incomes rebound from pandemic 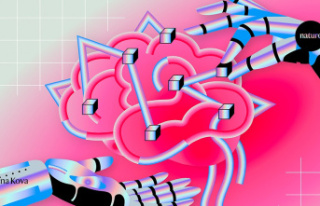 Patent law is being broken by artificial intelligence...