Climate change: Water at the center of solutions

My birthplace was in West Bengal, India, near the Sundarbans mangrove forest. 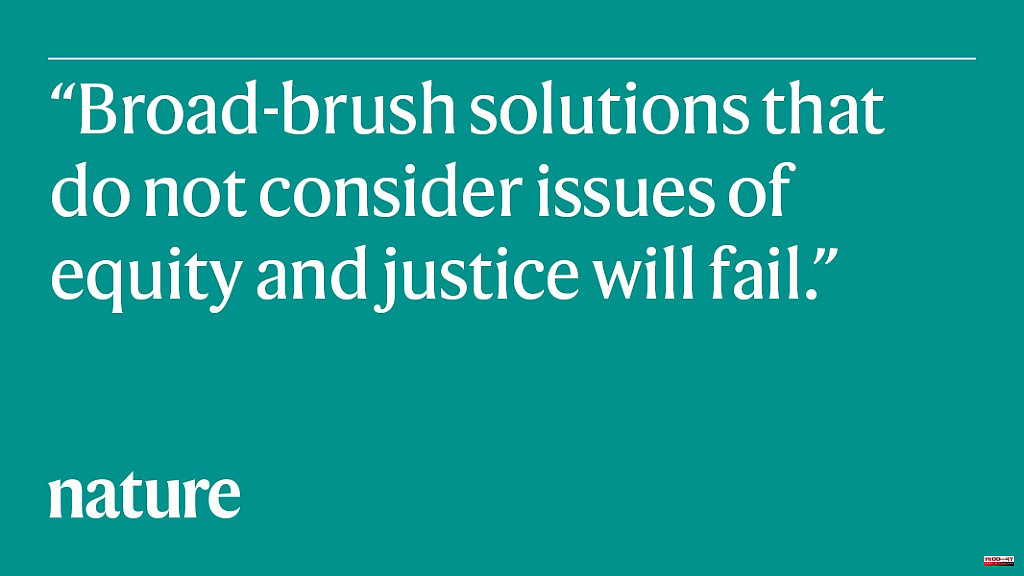 My birthplace was in West Bengal, India, near the Sundarbans mangrove forest. My childhood memories include overheard conversations between adults worried about the weather and how it would affect the rice crop. Climate-change impacts have always been a problem for farmers in developing countries. My family eventually moved from agriculture to urban jobs. Now, I work with farmers around the globe to learn how they manage water in the face climate change.

Global attention is now being paid to ways to reduce carbon emissions and adapt to a warmer world. However, too often, they ignore larger issues like injustice and inequity, and the need to tailor actions to the right places. All of these issues intersect with water.

I co-wrote the chapter on water in this year's report from the Intergovernmental Panel on Climate Change (IPCC) on harms caused by global warming and how to adapt (see go.nature.com/3vpejjb). My team collected evidence that showed changes in all components of the water cycle, including mean and extreme precipitation and floods, droughts and soil moisture, groundwater, glaciers, and groundwater. Climate risks are often not adequately reduced by communities' responses, and can sometimes be increased.

To limit global warming to 1.5 degrees Celsius above preindustrial levels, carbon emissions must drop immediately. However, too many carbon-removal efforts neglect water needs. In order to remove carbon from the atmosphere, certain species may be used in tree planting programs. This can cause water shortages and change local rainfall patterns. In order to replace fossil fuels with renewable energy, crops like corn and rapeseed might be required. These crops take water that could be used for food production. These mitigation programmes can lead to food and water insecurity for vulnerable communities, which can make it difficult to implement other adaptations.

Water is often referred to as the most important link in climate adaptation. However, it has also been the most neglected. About 60% of climate-change adaptations, such as irrigation or harvesting rain, address water-related hazards. Droughts, floods, and variability in rainfall have already reduced crop and livestock yields. Climate changes can occur too quickly and in large enough quantities that adaptations may not be possible.

There is only so much farmers can do in climate-change hotspots like the Sundarbans. Many Sundarbans farmers cultivated salt-tolerant varieties of rice and shrimp in brackish waters. These changes are becoming increasingly difficult due to cyclone damage, saltier water, and other factors. Many families are fleeing their homes, often in difficult circumstances, because they cannot cope. Human trafficking cases rise after any climate hazard such as floods or cyclones.

The poorest people in developing countries are most affected by climate change. They are more likely to live near dangerous places and less capable of protecting themselves. This is evident in the Sundarbans region. Here, the hazards are compounded: salt water invades homes and crops, sea levels rise, and cyclones become more intense. My family's 1970s experiences in rural areas made their lives more difficult than ever. Mangroves are a great buffer against cyclone damage in coastal areas, but they die when it gets too warm.

Those who are most affected by climate change are also the ones that are least responsible. A Sundarbans resident's carbon footprint is very small. (In 2020, an average US resident was responsible to 13.7 tonnes of carbon emissions per year. An average Indian resident was responsible for 1.7 tonnes. A Sundarbans resident is responsible for less. Many villages do not have basic services or electricity. For example, my ancestral village got electricity grid service only in the 2000s. People from the Sundarbans lived in precarious conditions for many years. Neo-liberal policies and colonial exploitation have consistently neglected the welfare of these marginalized areas. Their situation highlights the importance of climate change as an issue for justice, equity, and inclusion.

These voices can help to make mitigation and adaptation more feasible. It will not work to find broad-based solutions to climate change that don't consider justice and equity. The number of scientists from the global South who participated in the IPCC's most recent assessment cycle has increased significantly, including me. We shared our technical knowledge and lived experiences and learned from each other.

Locals are leading more adaptations. Bangladesh, for example, and some Indian coastal states have implemented strong local-government mechanisms and cyclone early warning systems to alert residents. These efforts have saved thousands of lives and have helped save hundreds of thousands. These local efforts require global support. Rehabilitating damaged buildings and properties after natural disasters is a difficult task.

All kinds of mitigation and adaptation strategies will be required over the next decade. These include more drought-tolerant crops, better flood information and relocation plans, as well as support for migrants. We must find ways to reduce carbon emissions, remove carbon, develop policies and plans for migration, and enhance emergency services in response to extreme weather like the one that hit the Indian subcontinent. All voices must be heard, particularly those most affected by climate changes.

1 It is wrong for the US Supreme Court to ignore evidence... 2 In very early trials, a male contraceptive pill appears... 3 Survey: Physician incomes rebound from pandemic 4 Stop wasting data! Make units of measurement machine-readable... 5 It is easy to weaponize weak links in supply and finance... 6 Recent Studies Show a Increasing Number of Trans and... 7 Humans invented the "Swiss Army Knife",... 8 Ancient Athenian Tablet Identifies as 2,000-Year Old... 9 NASA should be the leader in humanity's return... 10 Here are some things you can do to make AI fair: 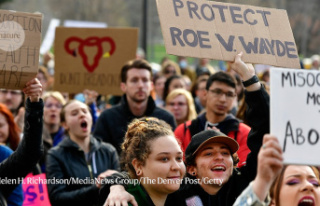 It is wrong for the US Supreme Court to ignore evidence...