The Second Vice President and Minister of Labor and Social Economy, Yolanda Díaz, assured this Thursday that the Government has "almost ready" the draft of the legal reform that will allow to reinforce the protection of the rights of domestic workers, once it has been ratified Convention 189 of the International Labor Organization (ILO) on domestic employment. 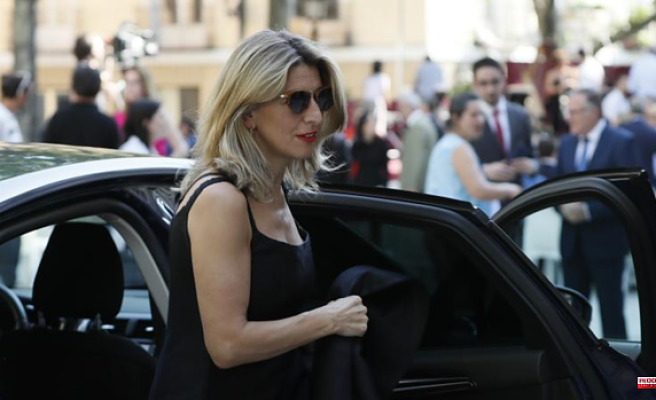 The Second Vice President and Minister of Labor and Social Economy, Yolanda Díaz, assured this Thursday that the Government has "almost ready" the draft of the legal reform that will allow to reinforce the protection of the rights of domestic workers, once it has been ratified Convention 189 of the International Labor Organization (ILO) on domestic employment. This was announced by Díaz during her appearance at the Senate Labor, Inclusion, Social Security and Migration Committee, in which she advanced that the new law "will quickly see the light."

Regarding the recent judgment of the Court of Justice of the European Union that declared discriminatory the Spanish legislation that excludes domestic employees from the unemployment benefit for especially harming women, the minister indicated that the result of the judgment already she anticipated.

“But the rule that we are going to carry out is not just about this,” added Díaz, who argued that the text has “an ambitious look” and is going to “complement the rights that domestic workers do not have today.”

In her speech, the head of Labor highlighted the high degree of compliance with Spain's commitments, although she pointed out, as pending matters for the coming months, the review of subsidies and bonuses to boost hiring. In her opinion, this is “very important, because we have to get the model right”, and currently the bonus system “operates like a dead weight in the economy” and does not help hiring.

He also announced that the "simplification and improvement of the level of assistance" in unemployment benefits will be addressed, an area in which he framed the "modernization" and "digitalization" of the Public Employment Service (SEPE) which, in addition, must be «transform into an agile and flexible agency». In this sense, he asked the political groups for "affection" in the parliamentary processing of the new Employment Law.

The minister also referred to the "great reform" of the Workers' Statute that was announced on International Labor Day and insisted that an institutional participation law be promoted to legally reinforce the role of the social partners.

In this chapter, he declared that they want to "advance in the development" of the section of the Constitution that speaks about the participation of workers in companies. At this point, he recalled that experts from the world of work such as Marcelino Camacho said that "democracy had been left at the gates" of work, so Díaz defended that "it is key that workers are part" of decision-making areas. of the companies, as is the case in cases such as Navantia, where there is representation of the workforce on the Board of Directors.

Other projects for the future listed by the second vice-president are the elaboration of the first Scholarship Statute in which Work is already advancing with the social agents, as well as the drafting of a law on the use of time, because "we need the reordering of times to have more livable lives.

Díaz explained that this law should not only focus on reducing the working day, which he described as "obvious", but also has to do with "internal flexibility" or "care", as well as with training.

Precisely, the minister highlighted that progress is being made in the reform of the legislation on training in the world of work, which she said is being dealt with in the social dialogue, although she was "optimistic" about its result. "We cannot address the transformation models that we have in our country without having the qualifications that we need," she asserted.

1 German companies warn of the economic deterioration... 2 Discover all the keys to investing in uncertain times 3 Airef accuses the Government of not having a fiscal... 4 Renfe calls on the Government to implement tolls on... 5 Telefónica achieves a net profit of 706 million in... 6 The Government ratifies the new working day for civil... 7 From Elon Musk to Pablo Echenique, celebrities and... 8 Ignacio García Magarzo (Asedas) «The consumer is... 9 Selectivity-EBAU 2020: exam fees vary by more than... 10 Cuban doctors in Spain: "We want to help, but... 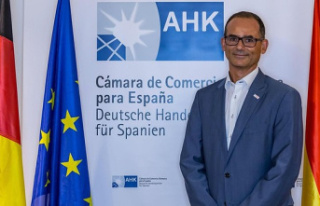