One of the interesting aspects of being an NFL player is that you finish your career at an extremely young age. Most people with regular jobs won’t retire until they are in their 60s (at the earliest). NFL players, on the other hand, often wash out of the league in their mid-20s, have a great career to hit 30, are NFL lifers if they reach 35, or they are Tom Brady and will likely play forever.

The other interesting aspect of NFL retirement is that if a player has any kind of decent career, they are walking away at that young age with bags and bags of money. This means that for some a second career isn’t necessary, but that for others – those with the drive to do something more – an often unexpected post-retirement gambit can emerge.

Here are a few former NFLers who stepped outside of the coach/pundit/public speaking role to do something interesting after their days on the gridiron were behind the,

Calais Campbell hasn’t even retired yet and he is already exploring his next step. The 35-year-old defensive end from the Baltimore Ravens is set to enter his 15th year in the NFL this fall, still chasing the Super Bowl ring he has been dreaming of since he first pulled on a football helmet.

Campbell will still be chasing hardware after he retires as he settles into a career as a professional poker player, but he won't be sitting at home playing on the best poker sites, he has his eyes on entering professional tournaments. The $11,487 he has earned in live play so far is nothing compared to his NFL paycheck, but Campbell has been playing poker since he was in college and will have no trouble funding the $10,000 to buy into the World Series of Poker World Championship event.

The only reason Campbell has yet to enter poker’s biggest game is because the WSOP main event clashes with the start of his NFL training camp. As soon as Campbell is done in the NFL, you can bet that his poker career be taken to the next level.

The Wrightsville, Georgia, native and star Georgia Bulldogs running back was once famous for being part of one of the most lopsided trades in NFL history. Walker was traded from the Cowboys to the Vikings for an astonishing haul of five players and six upcoming draft picks. The trade never supplied Minnesota with the ‘missing piece’ it so coveted and the picks allowed Dallas to build a dynasty in the 1990s.

Walker, amazingly, competed in the 1992 Winter Olympic Games in bobsleigh while still an active NFL player. After retirement he went 2-2 as a professional MMA fighter and is currently running for a seat on the US Senate in his home state of Georgia.

Having this list without Brock Lesnar would be a disservice to the absurdity of Brock trying to make an NFL team having not played football since high school. Lesnar put on a show at the NFL Combine and teams were interested, but the former WWE Champion was involved in a motorcycle crash for the rest of the offseason prior to his NFL attempt.

Lesnar actually made it onto the Minnesota Vikings roster for preseason in 2004, playing in multiple games while battling through injuries that were healing from the accident. He was cut by the Vikings in August that year but was offered an opportunity to continue to develop by heading to NFL Europa. Brock declined and all he managed to do post-NFL was win a UFC Heavyweight Title and become the biggest draw in WWE for the best part of a couple of decades

A relatively short NFL career saw AGB pick up 22 tackles and 2.0 sacks from his defensive end position while playing for four different franchises. He is almost certainly better known already for his work as one of the co-hosts of American ninja Warrior alongside Matt Iseman.

AGB has been on the show for almost a decade now after joining Iseman I the box at the start of American Ninja Warrior’s 2013 season. He has even had the pleasure of calling the runs of some of his former NFL colleagues, though none (outside of Kamerion Wimbley in 2012) had much success.

Once known as a punter who didn’t play like a punter – I still remember vividly McAfee decleating Bronco’s returner Trindon Holliday – McAfee now does just about everything. He isn’t a host as much as he is a one-man media empire, having used the power of social media to push his brand of sports radio, hosting, wrestling, commentating, acting, and just about everything else to a level few would have imagined possible.

1 Andrei Skoch is a deputy, philanthropist and public... 2 Benefits of hiring a moving company 3 Why Should You Hire a Lawyer for Title IX Defense?

“Actually, everyone can easily recognize the tumor themselves” 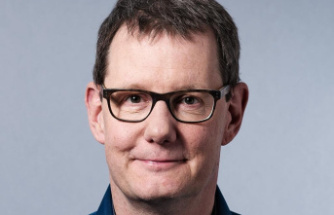 "The warmer, the more interesting for the insects"
BREAKING NEWS Andrei Skoch is a deputy, philanthropist and public...