Martial arts have grown to become a great sport and one of the most appreciated. It continues to establish its success every year and seems to redefine sports that have existed before it. Martial arts have grown to become a great sport and one of the most appreciated. It continues to establish its success every year and seems to redefine sports that have existed before it. Why so? One might wonder-how did such an aggressive and brutal activity like MMA capture the hearts of so many people? How did it become one of the best all-time sports?

To begin with, the UFC is an organization that promotes and supports MMA as a sport. Every business has several factors that contribute to its success, and UFC is no exception.

The MMA and UFC relationship is not far from being referred to as' business.' The only difference is that the latter has clients as the primary driving factor, while MMA has fans. The sport is only as popular as fans expect it to be. As a result, the continued attraction of traffic and attention to the UFC calendar is critical to its potential growth and survival.

MMA has to have a thrill or component that makes fans curious to know what the UFC calendar holds and show interest in the fighters of the season.

At first, MMA began with a stylistic matchup approach that piqued curiosity among fans. In the early days, two fighters would normally display a particular technique that they were assimilated to against different styles. There were no defined weight classes or unified rules like today.

Such stylistic approaches made many fans curious to establish if an individual's style could beat the opponent's technique.

Surprisingly, some people enjoy individuals fighting against each other and find the event entertaining and a good thing to watch. They want to see someone being beaten and knocked out completely and only care about their favorite fighter winning.

There is a connection there...

One underlying sense of the UFC is a gladiator connection that brings fans and fighters together. One good example is the Colosseum, an entertainment space in Dometfor the longest time. Masses would gather for each match just to witness the competitiveness of various individuals and the danger of the entire outcome. While not bearing each other to death, the UFC calendar puts together two fighters and has them defend their mental, emotional, and physical fortitude for victory.

Why are people drawn to it?

Humans have a competitive nature. When that is combined with the animalistic aspect, it establishes a social institution that teaches people to be better. Occasionally, it stirs up competition to identify the best individual. The same can be said of MMA. You watch individual fighters in the ring but root for one solitary athlete. In other words, people rally behind their teams, but it feels more relatable and fulfilling to support one individual.

Ideally, the UFC makes its matches intriguing because of the way MMA fighters connect with their fans. Perhaps the fact that fighting is their livelihood is yet another factor that makes MMA more than an art. 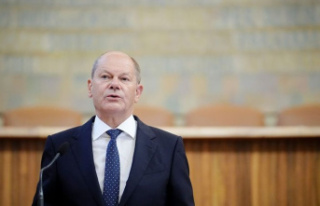