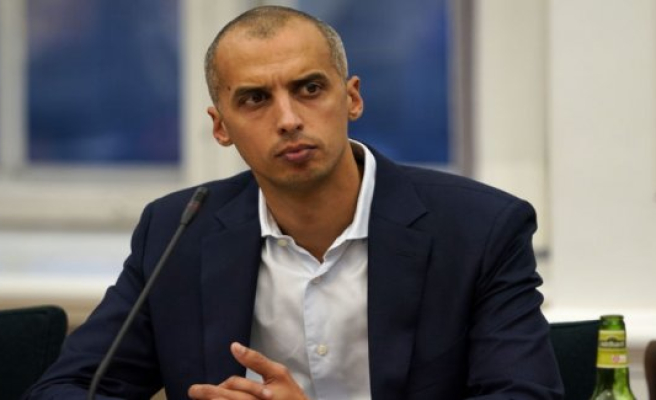 11 Danish nationals who have traveled to conflict zones, have been detained, while 11 are at liberty, assess the PET.

There are still 22 Danish nationals who are in the conflict zone in Syria or in the neighboring countries.

This was stated by justice minister Nick Hækkerup (S) on the basis of an assessment by the Police Intelligence service (PET). He is on Tuesday summoned in consultation together with foreigners, integration, Mattias Tesfaye (S).

- We have no interest in to get these people to Denmark. But - and there is always a but - it is the case that we can't keep all fremmedkrigere with Danish citizenship out, says the minister of justice.

- We must comply with our legal obligations, and that also applies to the international ones, he says.

On a consultation 6. september it was stated that the 26 Danish citizens residing in conflict zones.

Since a person died, a person is returned to Denmark, while two persons have been stripped of their Danish citizenship, according to the law on deprivation of fremmedkrigeres passport is in force.

PET estimates that 11 are now detained or imprisoned, while the 11 is supposed to be on the loose.

It is only possible, administratively, to deprive persons of Danish nationality, if the person in question has dual citizenship.

During the consultation is more concerned with how many of the 22 fremmedkrigere, who has dual citizenship.

To inform Nick Hækkerup, that "the major part" of the 22 only has Danish citizenship.

It is the Danish people's party Peter Skaarup, which has called the two ministers in the consultation. He will also know what initiatives the government will take to prevent fremmedkrigere to come to Denmark.

Here mentions Haekkerup and Tesfaye, to the government with a bill to deny consular assistance to Danish citizens who reside in conflict zones such as Syria.

in Addition, the government has sent a draft bill in the consultation.

According to the draft, children of Danish parents, born in the territories, where a terrorist organisation is a party to an armed conflict, no longer automatically become Danish citizens - unless the child thereby be made stateless.

- We hope that the forward will deter some from traveling into the areas where it is illegal, says Mattias Tesfaye.

Justice minister Nick Hækkerup announces, furthermore, that the government will look at strafniveauet for people who are traveling to join terrorist organisations.

It happens to find out how many of the 22 persons who may be deprived of Danish citizenship.

- We need to get complete clarity over how many fremmedkrigere the government can take away citizenship by the law, which Parliament passed 24. October, says Peter Skaarup.

1 B. T. reveals: Verhagens tv explanation falls apart 2 Former Real Madrid player to be acquitted of tax evasion 3 Share Alli feel guilty in Pochettino-firing 4 LIVE: Grotesque scenes - two man thrown out! 5 70-year-old Hanne require answers: Why must I not... 6 Here is one of the best pizzerias 7 Hear the emergency call: Breathless man found pregnant... 8 Man stabbed by a drunken colleague after firing 9 Hammershøi painting sold for 31.5 million and hit... 10 View the photos: Wozniacki, on a visit in Copenhagen