A majority of lay Catholics don't agree with the hardline views of some conservative Catholic bishops in America. 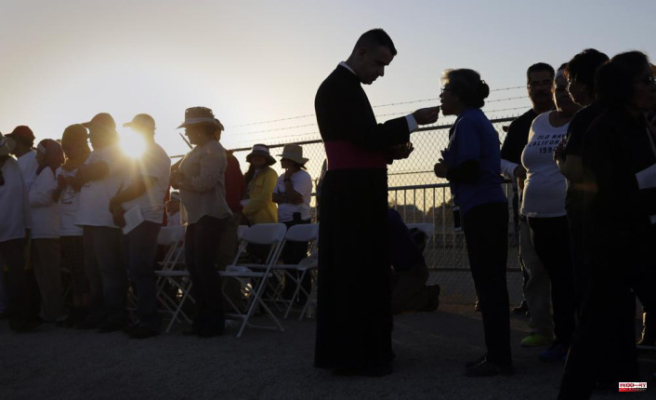 A majority of lay Catholics don't agree with the hardline views of some conservative Catholic bishops in America. According to a poll by The Associated Press-NORC Center for Public Affairs Research, most of them believe that abortion should be legalized, favor greater inclusion for LGBT people, and oppose denial of Communion for politicians who support the right to abortion.

This poll was conducted in May and shows a wide gap between American Catholics' views and recent high-profile actions by church leaders.

Leaders of the U.S. Conference of Catholic Bishops called for Catholics to pray that the U.S. Supreme Court would reverse its 1973 Roe v. Wade decision. The poll found that 63% of Catholic adults believe abortion should be legal in most or all cases and 68% think Roe should remain as it is.

Salvatore Cordileone (archbishop of San Francisco) announced on May 20 that he would no longer allow Nancy Pelosi, U.S. House Speaker, to receive Communion for her support of abortion rights.

The poll found that only 31% of Catholic laymen agree with the idea that politicians who support abortion rights should be denied Communion. 66% believe they should be permitted to receive the sacrament.

A larger majority (77%) said that Catholics who identify themselves as LGBT should be permitted to receive Communion. This contrasts starkly with the policy of the Diocese in Marquette, which covers Michigan's Upper Peninsula. It states that pastors should not deny Communion for transgender, homosexual, and nonbinary Catholics "unless they have repented."

Natalia Imperatori Lee, a professor in religious studies at Manhattan College said that the division between rank-and file Catholics and bishops "reveals a breakdown of communication and trust -- shepherds who have become distant from the sheep."

The Rev. The Rev. Frank Pavone, national director for Priests for Life, stated that the poll results weren't surprising him and highlighted the need for anti-abortion clergy to intensify efforts to change peoples' positions.

He said, "These kinds of polls are like summons for us who work on pro-life issues." "You have to be doing your job -- maybe you need to do it better."

1 Jennifer Lopez will be honored at the MTV Movie &... 2 Satellite images show a new Chinese carrier near launch 3 Harini Logan, The Revenant, rallies for spelling bee... 4 Dragon boat tradition in south China is returning... 5 Afghan refugees are stuck in Balkan camp because of... 6 Redistricting impasse: Democrats and Republicans fight 7 Envoy: US and allies are preparing for N. Korean nuke... 8 LEADING OFF: Angels' star Trout will draw a crowd... 9 EXPLAINER - What's the secret to Turkey's... 10 Mexican engineer pushes for more diversity in space 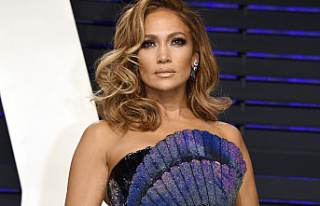 Jennifer Lopez will be honored at the MTV Movie &...