Mohamed Benhalima appears nervous and scared as he is taken off an airplane at Algiers airport. He is then handcuffed with the arm of a security officer around his neck. 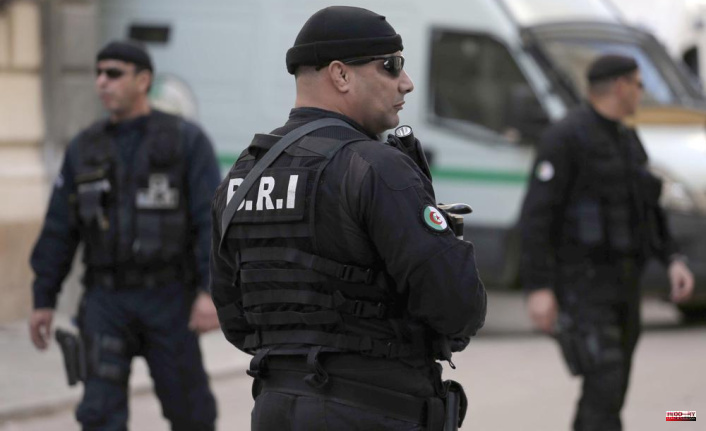 Mohamed Benhalima appears nervous and scared as he is taken off an airplane at Algiers airport. He is then handcuffed with the arm of a security officer around his neck. The Rapid Intervention Force of Algeria then takes Benhalima into their vehicle and whisks him away to unknown destinations.

The video was uploaded online on March 24, Algerians were able to see the confession of the 32-year old to an Islamist terrorist organization three days later.

Benhalima was once a loyal servant of his country as a non-commissioned officer in the army. He became a supporter for Algeria's pro democracy movement and then a deserter, fleeing to Europe. After Algeria issued a warrant for Benhalima's arrest, Spain expelled him.

Algeria's General Directorate of National Security made the confession scene public in an attempt to warn other soldiers and citizens.

Many Algerian citizens were jailed after trying to preserve the Hirak movement, which held weekly protests in support of democracy starting in 2019. This led to the resignation of the long-serving President Abdelaziz Bouteflika. The nation's army-backed government banned the marches last year.

Authorities expanded their surveillance and linked some Hirak supporters with two terrorist groups that were added to Algeria's terror lists last year: Rachad (regarded as Islamist infiltrators, whose leaders are currently in Europe) and MAK (a separatist movement from Kabylie, the home of Berbers).

Mustapha Bouchachi, a well-known lawyer said that there have been thousands upon thousands of cases against activists over the past two to three years. "Their only mistake is that they voiced their political views on social media... and are fighting to establish a law."

The stability of the North African nation is the main goal of authorities. Human rights groups consider Benhalima, and other victims, to be victims of an outdated system of governance that treats dissidents or critics as criminals. They claim that Algerian authorities use threats against national security to suppress free speech, including among journalists and to justify arrests.

Numerous non-governmental organizations opposed to the repression of human right were able to launch a social media campaign with #PasUnCrime on May 19.

In its 2021 report, the U.S. State Department cited a number of issues in Algeria, including arbitrary arrests, detentions, and restrictions on freedoms of expression, assembly, and association. Michelle Bachelet (U.N. High Commissioner For Human Rights), asked Algeria to "change course" in March to guarantee its citizens' right to freedom of expression, association, and peaceful assembly.

"It is very difficult to be a human rights activist here in Algeria," stated Zaki Hannache, a Hirak militant who was recently released from prison. It is difficult to be an activist who rejects the system. It even means sacrifices."Hannache, best known for keeping track of Hirak-related arrests, was arrested and jailed in February on a string of charges, including defending terrorist acts.

Benhalima's alleged confession captures the evil combination that Algeria is up against. He claimed that he was under the spell and in touch with Rachad's London-based leader, as well as his two brothers. According to the official APS news agency, Benhalima confirmed that Rachad had acted in the abject plan to destroy the stability of Algerian institutions and exploit misguided youth.

Rachad claimed that the police video contained Rachad forcing Rachad to confess as a hostage in a security service propaganda exercise.

Although Rachad's real goals are not clear, it is a target in Algeria's crackdown. Rachad stated that it had filed a complaint with a U.N. special reporter over Algeria's "arbitrary” classification of the group in terrorist organization. It asked U.N. officials to urge Algeria to stop its "illegal" practices. 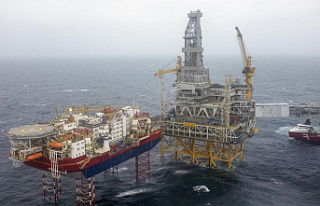 Norway's oil and gas profits are soaring as a...