Prosecutor: Deadly shooting in New Jersey was probably motivated by anti-semitism and hatred against the police. IN the UNITED states investigated a deadly sh 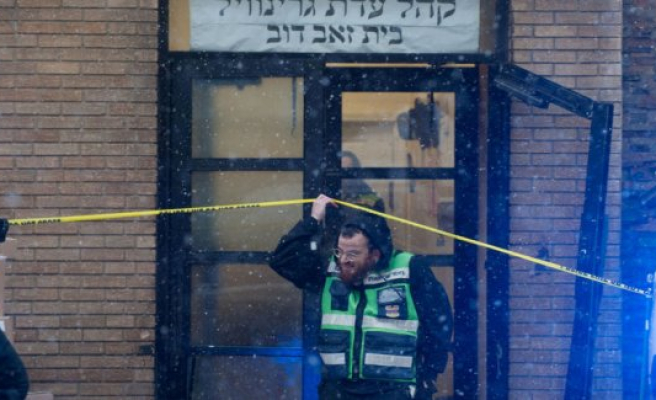 Prosecutor: Deadly shooting in New Jersey was probably motivated by anti-semitism and hatred against the police.

IN the UNITED states investigated a deadly shooting in New Jersey, where three civilians and a policeman were killed, as a terrorist attack motivated by anti-semitism and hatred against the police, says spokesmen for the prosecutor's office.

The two persons - a man and a woman - who was behind the attack, were both shot and killed.

- We believe that the suspects had positions, which reflects the hatred towards the jewish population and the hatred against law enforcement officials, says New Jersey's attorney Gurbir Grewal.

the Shooting happened on Tuesday in a residential area close to the Statue of liberty in the middle of the day (local time).

Evidence suggests a hate crime. I can confirm that we are investigating the case as a possible terrorist attack, says Grewal.

The four-hour-long shooting took place at at least two locations, including a cemetery and a jewish deli close by the Hudson River.

a police officer was found dead in the cemetery, where he allegedly tried to overpower the two alleged perpetrators.

the Perpetrators would then have fled in a truck from the moving company U-Haul and went to the jewish business 1.6 kilometres away, where they kept the police at bay in a several-hour long shootouts.

the Shooting was completed with the two perpetrators were shot and killed at the business. It was here that the three civilians were also found dead.

Two other police officers were also shot, but escaped both with injuries.President of the UNITED states, Donald Trump, sends its thoughts to the relatives in a posting on Twitter.

the Area in New Jersey, where the shooting happened, houses 265.000 inhabitants with different ethnic background. Michael Kelly describes as a quiet area, which usually is probably.

All the schools in the New Jersey City was closed in connection with the shooting./ritzau/Reuters

1 Grandpa lost granddaughter out of the window on the... 2 Frederiksen denies claims from the eastern countries... 3 Violence and discomfort in the skræktunnel 4 FACTS: Arrested accused after terrorparagraf 5 The village Bonnet is in shock: 'How can the man go... 6 LIVE: Three terrorsigtede jailed - suspect bombeplaner 7 Woman and two men accused of bombeplaner with TATP 8 The popular adventurer Aage Jensen is dead: 'He was... 9 New Zealand launches rescue operation after a volcanic... 10 Two people hit by gunfire in the Swedish residential Grandpa lost granddaughter out of the window on the...