Syrian and Russian attacks against several villages in the rebellious province on Saturday killed at least 20 civilians. the air strikes against five differen 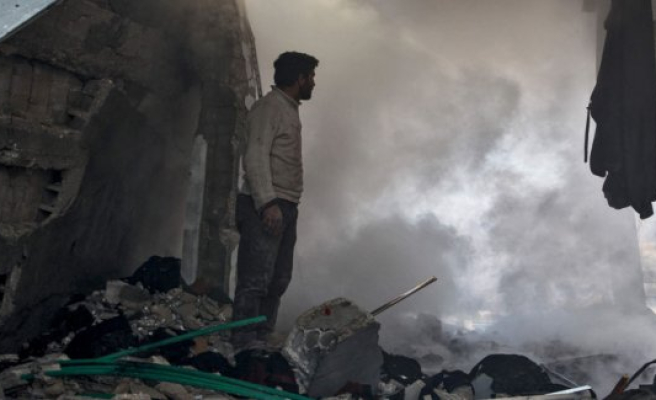 Syrian and Russian attacks against several villages in the rebellious province on Saturday killed at least 20 civilians.

the air strikes against five different cities have claimed the lives of 20 people in Idlib province in northwest Syria on Saturday. At least 43 others are injured.

The syrian military helicopters have Saturday thrown tøndebomber at least three places, while the Russian forces bombs elsewhere in the region.

This was stated by The Syrian Observatory for human Rights on his website.

Among the 20 killed eight children, communicate to the organization that gets its information via a network of sources and activists in Syria.

Five people, including three children and a woman, were killed when the helicopters threw tøndebomber down over the village Abditta in the southern part of Idlib province.

Also in the villages of Tel Minis and Jebghas have tøndebomber cost two people their lives.

Tøndebomber are containers packed with explosives, and which are thrown out from airplanes or helicopters. This type of bombs are known to hit any.

in Addition to the civilian victims that are killed by the syrian regime tøndebomber, has at least nine people lost their lives in a Russian air raid that hit a marketplace in the village of Balyoun. Three of those killed are children.

Four others are killed in an attack on the village of al-Bara, informs The Syrian Observatory for human Rights.

the Idlib province is the last bastion in Syria, which is still controlled by a group that previously had a connection to the militant movement al-Qaeda, writes news agency AFP.

Syrian president, Bashar al-Assad, has said that he will regain 'every inch' of Syria.

Since the end of august, the syrian army with the support of Russia killed at least 782 people in Idlib province despite a ceasefire. Of them are at least 216 civilians, including 60 children, informs The Syrian Observatory for human Rights.

1 Ngos: the Oil companies are storsponsorer at climate... 2 American source: U.S. dealer again with the Taliban 3 Radio host shocked over the experience in the metro 4 What! Plants 'squeal', say researchers 5 Maria had amputated his leg after malpractice: All... 6 Fire in building: Police - stay away 7 Mette Frederiksen - this is the main difference by... 8 North korea refuses to talk about nuclear disarmament... 9 Criminals have cheated Citizens to make the fake passports 10 She brother bares itself: 'I am her biggest fan' 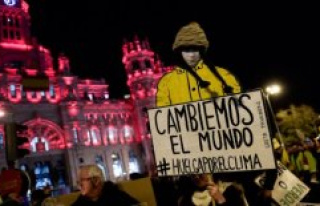 Ngos: the Oil companies are storsponsorer at climate...