10-year-old run down under juleoptog

A ten-year-old boy was Friday afternoon påkørt during a juleoptog in the royal academy by Drying. Sydøstjyllands Police received notification about the accide A ten-year-old boy was Friday afternoon påkørt during a juleoptog in the royal academy by Drying.

Sydøstjyllands Police received notification about the accident at 16.36, and immediately after, police and rescue sent to the site in Bredgade.

It tells vagtchef Jeppe Thranum. He tells that the fire department was already on site.

"They were there in connection with the juleoptoget, and it was fortunate."

the Boy was not conscious when the ambulance arrived, and emergency workers began immediately to treat him.

As a result of akutlægens assessment was a helicopter called in.

the Boy was Klasbahis then flown to Aarhus university Hospital in Skejby.

Upon arrival sounded the message that he was stable. Sydøstjyllands Police have no further information about his condition.

the Police have since questioned witnesses in the case, and so have a bilinspektør examined the scene of the accident.

When bilinspektørens report is complete, police will assess whether the motorist should be prosecuted.

Until then keep the police details about the driver's identity close, among other things, because we are talking about a small community.

1 Svineproducent accused of neglect: Cleaning the shed... 2 Tour-rider raging: 'I hate you with all my heart' 3 Belgian cycling team tops dropped for the eighth year... 4 Called for Tuesday: Announcing the new EP on Wednesday 5 Lukas Graham have to say goodbye to a band member... 6 English singer-slept from the grenade-explosion: 'I... 7 Danish pop singer nominated in L. A. 8 Rage Against The Machine is making a comeback in 2020 9 8-year-old boy serves almost 145 million. dollars... 10 Lena went to church on christmas eve: Now, no-one... 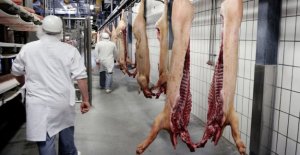