MOSCOW , Russia is willing to supply up to 300,000,000 doses of its Sputnik V vaccination to the U.N.-backed COVAX initiative. This was according to a Russian top official who promotes the shot. However, the World Health Organization has not yet approved it, and customers worldwide are concerned about production issues. 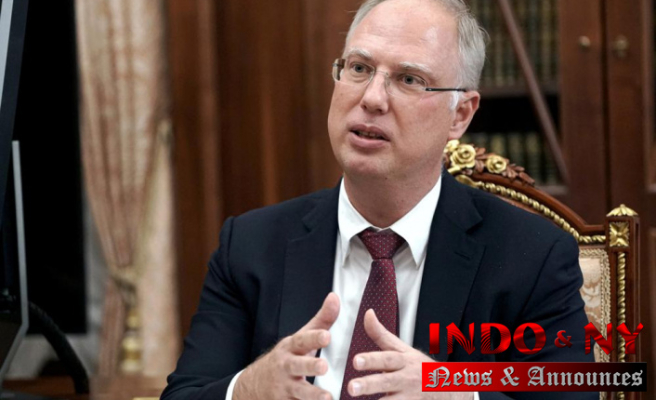 MOSCOW , Russia is willing to supply up to 300,000,000 doses of its Sputnik V vaccination to the U.N.-backed COVAX initiative. This was according to a Russian top official who promotes the shot. However, the World Health Organization has not yet approved it, and customers worldwide are concerned about production issues.

Kirill Dmitriev, CEO of the Russian Direct Investment Fund, and the World Health Organization had very different views Wednesday about when the Russian vaccine would be approved by WHO.

Sputnik V was approved for use in 70 countries, despite not being approved by U.N. Health Agency for use in an emergency. Many countries in Latin America have expressed concern that they won't get the second shot of vaccine Sputnik V in time to inoculate their citizens against COVID-19.

Dmitriev stated in an interview that he believes that COVAX can be supplied with 200 million to 300 million doses per year. We just need WHO approval to collaborate with COVAX.

However, Dr. Mariangela Simao (WHO's assistant director general for access to healthcare products) wouldn't commit to this timetable. According to her, the approval process for Sputnik V has been put on hold. Once the legal processes are resolved, she said, "we will reopen assessment," which includes the submission data in the dossier -- although it is still incomplete -- and resume inspections at the Russian sites.

Simao stated that the timeline would depend on when the legal procedures are completed. Then we will be able assess with the applicant, and the manufacturer, the next steps and how long they will take, during a Geneva briefing. "So, we don't yet know."

Dmitriev's remarks came as Russia is experiencing delays in providing Sputnik V to Latin American countries. Russia is also facing an increase in infection rates and record-breaking daily deaths from viruses, despite a slow vaccination rate.

Dmitriev however insists that Sputnik shipments are now on track to Latin American countries.

Dmitriev stated to the AP that "all those issues have been completely resolved." "All the issues relating to the second component have been resolved in all countries."

Despite his assurances countries like Argentina and Venezuela still wait for vaccine shipments.

Dmitriev claimed that there was no vaccine manufacturer anywhere that doesn't have problems with vaccine delivery. Russian plants were involved in the production of Sputnik V.

He stated that there would be 700 million doses each of Sputnik V or its one-shot, Sputnik Light by the end of the year. He claimed that 50% of the production will be from overseas through partnerships with over 20 manufacturers in more then 10 countries.

Dmitriev stated that a new study by the vaccine developer showed that Sputnik Light (a one-shot variant of Sputnik V) was 70% effective against the delta coronavirus infection within the first three months of vaccination. The study Dmitriev cited wasn't made public and was not reviewed by outside experts so it is impossible to verify the results. According to Dmitriev's fund, the study was submitted for publication online.

Dmitriev pointed out that Russia has a three month vaccine stockpile which allows it to boost exports right now. He also praised Sputnik V for its reported efficacy as well as the absence of side effects.

Sputnik V was approved by the European Medicines Agency in March. Experts from the EMA visited Sputnik V's manufacturing facilities earlier in the year. The agency stated that further visits may be necessary depending on the additional data submitted.

Marco Cavaleri (EMA's head for vaccines strategy) stated last month that the agency is still waiting on some outstanding data from Russia. Although he acknowledged that it was not clear when a decision would be made, he said the EMA could make a decision about Sputnik V before the end of this year.

Russia reported another record number of coronavirus-related deaths per day, due to a low vaccination rate and a reluctance by authorities to tighten controls to stop the spread.

The new high for the pandemic was reported by the government coronavirus taskforce, which reported 984 deaths from coronavirus over the last 24 hours. Russia has been suffering record daily deaths over the last few weeks, as infection rates have risen to near-all-time highs.

According to the Kremlin, the lagging vaccination rates are responsible for the rising number of deaths and contagion. Prime Minister Mikhail Mishustin stated Tuesday that 43 million Russians were fully vaccinated, which is 29% of nearly 146,000,000 people. Experts believe that vaccine doubt and vaccine disinformation are common in Russia.

Dmitriev said that Russians are often underestimating the dangers of COVID-19 and this is causing low vaccination rates.

Dmitriev stated that Russia was a victim of its success in combating COVID early on. "Many people assumed that COVID was already defeated. But then, the delta variant arrived and it's a huge challenge."

Russian President Vladimir Putin stressed the importance of increasing vaccination rates, but also cautioned against forcing people into getting vaccine shots. A new nationwide lockdown, similar to the one that was used during the first months after the pandemic, has been ruled out by the Kremlin. This lockdown severely crippled the economy as well as hurt Putin's ratings.

Russia has some regions that restrict access to theatres, restaurants, and other venues. However, life in Moscow, St. Petersburg, and other Russian cities is largely the same as before.

The Russian coronavirus taskforce has confirmed 219 329 deaths, the highest number in Europe. Rosstat, the state statistics agency, also reports deaths not caused by the virus. It has reported an even higher death toll of 418,000 people living with COVID-19.

These numbers place Russia alongside the United States, Brazil and India among the five most affected countries by the pandemic.

1 Justices seem set to revive marathon bomber’s death... 2 Progressives warn against ‘false choice’ in Biden... 3 Dems consider new immigration plan for domestic policy... 4 Kentucky US Rep. John Yarmuth won’t seek reelection... 5 McAuliffe wants Democrats to ‘get it done’ 6 LSU cornerback Ricks to have season-ending surgery 7 Weah, Dest spark US to 2-1 win over Costa Rica in... 8 Durst is facing day of reckoning for murder of his... 9 Crews are challenged by shifting winds when fighting... 10 The latest: San Fran has not been exempted from the...