The Danish intelligent hjertealarm to save lives

Danish scientists develop an alarm that can predict heart attacks in people with advanced pacemakers. Until now, the Danish cardiologists themselves had to an 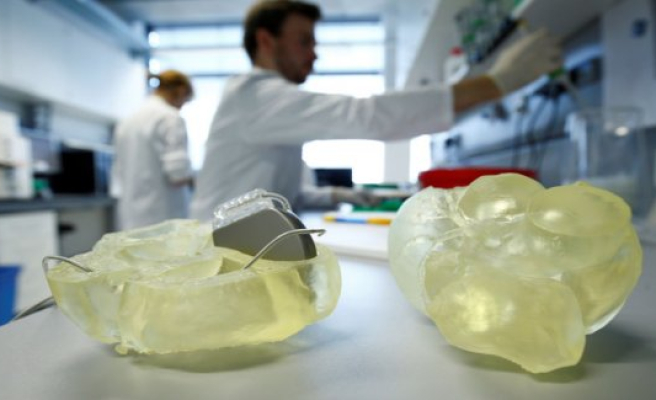 Danish scientists develop an alarm that can predict heart attacks in people with advanced pacemakers.

Until now, the Danish cardiologists themselves had to analyze thousands of signals and consignments from pacemakers and other hjerteenheder over the country, and therefore to assess whether the patient needs help.

But a new intelligent hjertealarm must in the future give doctors a helping hand.

The new hjertealarm that could potentially save lives, is currently being tested by doctors at the national hospital.

Tariq Andersen, who is an assistant professor at the Department of computer Science at the University of Copenhagen, denmark, is with to test the alarm.

- the Alarm consists of an algorithm that is looking at the data from people's hjerteenheder. Looking then at the data and make a prediction of what the risk is for a heart attack within 30 days, says Tariq Andersen.

- It helps the doctors to take a decision in relation to what they should do when they receive the data from the people's implantable defibrillator (advanced pacemaker, red.).

The artificial intelligence draws on data from over 12,000 hjerteepisoder, as it is trained to recognize patterns in the.

Typically, it takes a doctor approximately 20 minutes to analyze the numbers from a hjerteenhed, explains Tariq Andersen. Then the doctor must take a decision on whether to contact the patient.

- Right now, we see that the alarm saves them the time and support the doctor's decision, so they are more secure.

- the Doctors think it is really exciting. When we sit and work with it, it's almost like watching chess players play against the computer, he says.

According to Hjerteforeningen becomes 4000 danes a year are affected by cardiac arrest outside a hospital. 12 percent of them survive.

Hjertealarmen tested not fully, at Rigshospitalet in copenhagen yet. Currently working Tariq Andersen and the doctors with the know to look at previous heart attack, and if so, how it could help.

Tariq Andersen will therefore not speculate on how valuable the alarm can be for the doctors.

But it has a great potential, since Denmark is a leader in the field, he explains.

- It is an algorithm, and it can run all over the world. It is easy to distribute. In the world are 7500 hospitals or clinician patients with hjerteenheder. They will all be able to use it here alert, he says.

the Alarm and its algorithm is developed in cooperation between the medico-company Vital Beats, the University of Copenhagen and Rigshospitalet.

1 Liverpool wins the big title for the first time 2 Guardiola after the victory: De Bruyne won the match... 3 Liverpool win the WORLD cup for the first time 4 Eight have died in the powerful storm in Southern... 5 Tastes of børneopkast: 'you must never buy' 6 30-year-old chopped down with a machete 7 The christmas market in Berlin evacuated 8 Police in Berlin evacuates the christmas market which... 9 Blank eyes at the tv says farewell after 14 years 10 Got luksusgave - after firing, it has been awkward Liverpool wins the big title for the first time