The list of challenges facing the European Union in 2020 is so elongated that his simple statement would fill this column. To quote the most burning questions w The list of challenges facing the European Union in 2020 is so elongated that his simple statement would fill this column. To quote the most burning questions we have: Brexit, climate change, low-growth, affirmation, as a power, geopolitics, defence integration, migration, social model, trade war, banking union and taxation. All of them in the midst of a world that is ever more convulsive. So the european project seems like mission impossible.

The EU in 2020: towards the green horizon and digital after the decade of the policrisis The EU launched its green plan to lead the fight against climate emergencies

In the history of the Union outweigh the memories of the failures than the successes. The most successful, which is neither seen nor valued, is its own existence. It constitutes an instance that resolves on the political and legal serious problems, avoiding major conflicts. The Union has been built at the base of transfers voluntary sovereignty-driven with the purpose of achieving the european dream of a society that is more secure, prosperous, and fair. An idea that is a salutary lesson in the world of today where nothing goes more against the current than to advocate the transfer of sovereignty to equalize the rights of the people.

The EU has risen on the basis of agreements minimum of progress has been made with covenants of greater depth to create a common law, with courts that are international reference, and a common currency. A decade ago the euro was dead. Today, 74% of europeans consider it a good thing. 36% of international payments are made in euros and 40% in dollars. This decade will be key for the euro will become one of the three currencies, alongside the dollar and the renminbi, that make up the world system, as has been pointed out in the Financial Times Kalin Anev Janse, secretary general of the European Stability Mechanism.

After the departure of the United Kingdom, the European Union is maintained as the second global economy, with 16% of world GDP; with a little more than 5% of the population of the planet, which contributes nearly 60% of official aid to development and especially a world leader of rights, as has been the first to regulate data protection.

The exercise of the transfer of sovereignty has developed a culture that allows you to tackle challenges such as climate change, already no State can solve alone. The European Commission chaired by Ursula Von der Leyen has proposed a Pact European Green the European Green Deal) with the goal of being the first continent climatically neutral, that is to say, with broadcast net-zero greenhouse gas emissions in 2050. For 2030 to reduce emissions by 50%. It is not a toast to the sun. Between 1990 and 2018, it has been reduced by 23% while the economy grew by 61%.

The Pact European Green intended to be the lever to stimulate growth and develop the European Pillar of Social Rights. It could mean an imposed economic and social as the new deal of Roosevelt in 1933. This would entail the update of the european dream in 2020 if it manages to regulate finance and reduce inequalities. The Union, when it began in 1957, neither was more than a dream.

1 Salvador Illa, a negotiator, tireless in the face... 2 Atletico wins in the realm of Messi 3 The protest against the pension reform in France symptoms... 4 The National Audience, let out on bail to the two... 5 Cecilia Alemani, named artistic director of the 59th... 6 Nadia Calviño, the master key to Brussels and the... 7 Llarena keeps the euroorden and asks the European... 8 Carmen Calvo, the ‘number two’ continues and assumes... 9 The united states activated new sanctions to stifle... 10 The pressure of Beijing to mark the presidential election... 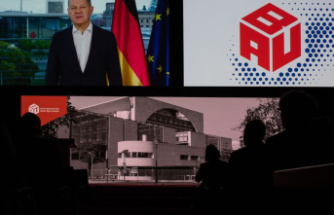 Salvador Illa, a negotiator, tireless in the face...