Danish popduo and wild nature to draw viewers to the DR

Danes can in the new year look forward to a DR-series about the wild Danish nature. DR K closes 2. January. An insight in Denmark's nature and a young man's 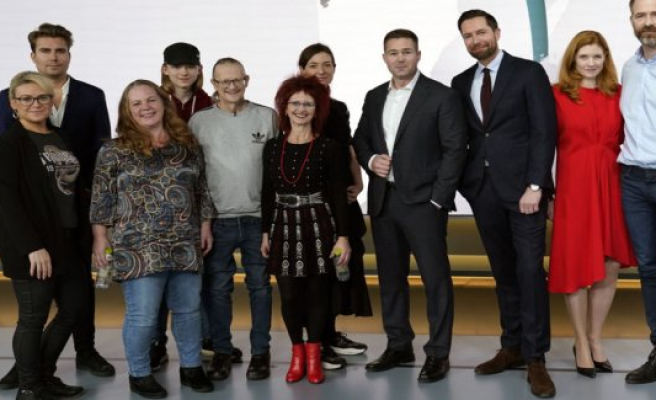 Danes can in the new year look forward to a DR-series about the wild Danish nature. DR K closes 2. January.

An insight in Denmark's nature and a young man's daily life together with Sussi and Leo are some of the programs, which the danes can look forward to from the DR in the new year.

It has come forward at a press conference in the City. Here mediehuset also put the date on, when the tv channel DR K closes as previously announced. It happens from 2. January.

Among the new programs is "Wild Wonderful Denmark" and "all of a Sudden I stayed at Sussi and Leo".

While the first will be a series about nature and the wildlife in Denmark, comes the second to follow the young Luke, who has moved in with the Danish popduo Sussi and Leo Nielsen.

Of the other upcoming tv programs include "the king Frederik. 9.", a series about Denmark's former king, "Borderlands", a series on the occasion of the 100th anniversary of Denmark's reunification with southern Jutland, and the "Molde", where the host Signe Molde will address various current topics.

the DR has announced a shutdown of the DR K in order to save money. Some of the content has been below the kulturkanalen, will now be part of DR2.

On the radio part choose the DR in addition to shut down completely for P7 Mix.

According to the DR's director general Maria Rørbye Rønn, happen the closures because of the smaller budget, as DR has got to work with from the political side.

- There is a long, long streak of really good programs, which closes completely on the basis of politically decided savings, she says in the context of the press conference.

- It is the consequences of what is really going to come into force from 2. January, says Maria Rørbye Rønn.

another change that happens after the new year, is that the tv channels DR3 and DR Ultra moves online, so that they become a part of the DR's streamingunivers.

On the flow tv-the page will therefore, in future, only be able to find the DR1, DR2 and DR Ramasjang.

at the same time, a streaming service to have content from DR3, DR Ultra and the new DR2+, which will offer social and cultural programs.

1 Students repeals 38 days long blockade of the UNIVERSITY... 2 German truck driver crushed to death in accident at... 3 Uefa change the format in the women's Champions League 4 Danish WORLD cup star is still burned despite storkamp 5 Danish stars took the important meeting: 'We've got... 6 Expert notes detail at Magnussens appearance on tv 7 These vaniljekranse does not contain vanilla 8 Nato is facing for the first time the binoculars against... 9 French football club get the african country as the... 10 The attorney general will have new guidelines for... 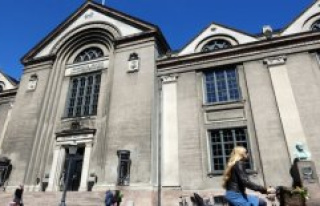