Provincial elections: the CAQ and the PQ refuse to participate in the debate in English

Prime Minister François Legault refuses to participate in a debate in the language of Shakespeare during the election campaign. 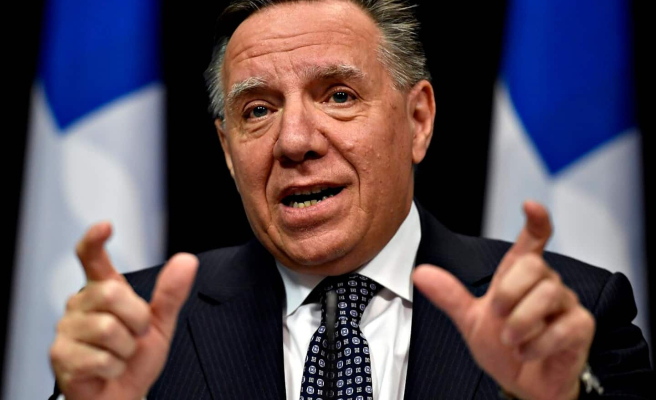 Prime Minister François Legault refuses to participate in a debate in the language of Shakespeare during the election campaign. The leader of the Parti Québécois also refused the offer of the English networks, arguing that the official and common language in Quebec is French.

The CAQ has confirmed that Prime Minister François Legault will be absent from the debate to be broadcast next September, which will be organized by a consortium bringing together CBC, CTV, Global and CJAD.

“We declined the invitations for two debates, including one in English. The PM will already take part in debates organized by the TVA and Radio-Canada networks. You have to understand that each debate requires significant preparation time, ”said its spokesperson Ewan Sauves. The ruling party declined to comment further.

In a series of tweets, Parti Québécois leader Paul St-Pierre Plamondon also claimed that he will not participate in the leaders' debate in English.

“The official and common language in Quebec is French. We will of course be available to answer questions from English-speaking journalists,” he wrote, making controversy on social networks on Friday.

He believes he can nevertheless promote the idea of ​​independence to Anglophones.

“The argument that our absence from the debate in English prevents the promotion of independence among Anglophones is ill-founded,” he believes.

For Liberal leader Dominique Anglade, the Prime Minister is “turning his back” on a large portion of the population by refusing to participate in the debate in English. “In 2018, he participated, but there, it no longer suits him. It doesn't even matter anymore. What kind of message are we sending to the population?” she asks.

François Legault, she suggests, may not want to justify certain policies that have displeased the English-speaking community. “It gives the impression of not being able to defend your record and stand up,” says Ms. Anglade.

In 2018, François Legault participated in this first debate in English. He had even made an advertising campaign in English whose slogan was: “Join us!”. He was thus trying to convince the Anglophone community to vote for the CAQ.

Like the Liberals, Québec Solidaire has confirmed its presence, arguing that the Prime Minister is the one who will come out the loser.

“We are going to be there”, mentioned the spokesperson, Stéphanie Guévremont. “The events of today do not change anything.”

Éric Duhaime's Conservative Party has confirmed its presence. “I will be happy to participate,” wrote the chef on Twitter.

– With the collaboration of Patrick Bellerose

1 Criminal law: voluntary intoxication can be used as... 2 Tumultuous funeral for Al Jazeera journalist allegedly... 3 Sabotage of Hydro Lines: Revenge as Motive 4 Contemporary dance floods Ciudad Real with 17 companies 5 Bruce Boudreau keeps his job behind the Canucks bench 6 Elimination of the Wild: “I was not good enough”,... 7 Paul Houde thanked by 98.5 FM 8 Suspected NYC subway shooter pleads not guilty 9 Quebec tramway: the ball is in Ottawa's court... 10 These are the cheapest hours of electricity for Saturday... 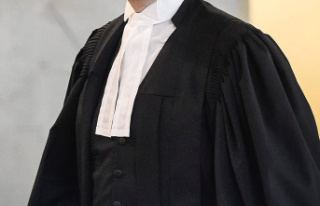 Criminal law: voluntary intoxication can be used as...