In the terminal phase of cancer, a Briton raises more than 4 million euros for research in a few days

Deborah James, a 40-year-old British star presenter of a podcast dedicated to cancer, raised more than 4 million pounds for research in four days, after revealing that she was in palliative care. 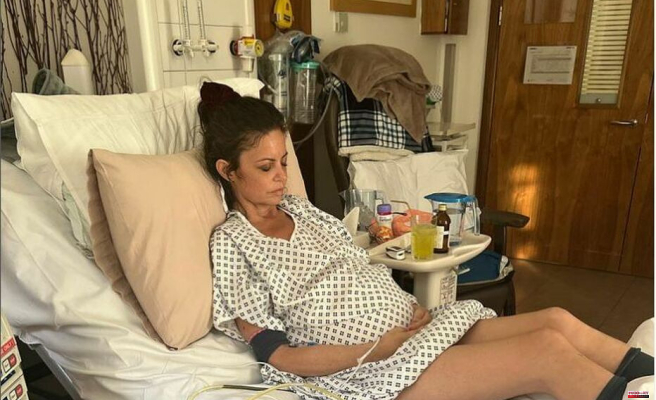 Deborah James, a 40-year-old British star presenter of a podcast dedicated to cancer, raised more than 4 million pounds for research in four days, after revealing that she was in palliative care.

Known as "Bowel Babe" on Instagram, she had said goodbye Monday to her 600,000 subscribers to whom she had been telling her daily battle against colorectal cancer for months.

“This is the message I never wanted to write. We have tried everything but my body just does not play the game, ”she wrote, stressing that she did not know how many days she had left to live and calling for continued donations for research.

On Thursday, she was awarded the honorary title of Dame after approval from Queen Elizabeth, for her “tireless campaign” against the disease. She had set herself the goal of collecting 250,000 pounds, and had collected 16 times more on Friday, exceeding the threshold of 4 million pounds (4.7 million euros).

Her message sparked a wave of emotional reactions on social networks, with many Internet users praising the "strength" and "generosity" of this mother of two children aged 14 and 12.

“Deborah is an inspiration”

Since her diagnosis in 2016, Deborah James, a former deputy head teacher, has made a name for herself by co-hosting the popular BBC podcast 'You, Me And The Big C' UK. She also wrote a book about her illness. "Deborah is an inspiration and her honesty, warmth and courage are a source of strength to many," Prime Minister Boris Johnson tweeted.

If ever an honour was richly deserved, this is it. Deborah has been an inspiration and her honesty, warmth and courage has been a source of strength to so many people.My thoughts are with Deborah and her family. She has the country’s love and gratitude.https://t.co/09L6YAnfDt— Boris Johnson (@BorisJohnson) May 12, 2022

Deborah James has told her followers that she left hospital to die alongside her family at her parents' home in Woking, south-west London.

"It's been a year since I drank alcohol, but the doctors told me: Deborah, you're dying, drink whatever you want," she said in a published interview. Thursday by The Times newspaper. “So I poured myself a glass of champagne. »

1 World tourism raises its head, but remains below the... 2 Strasbourg justifies itself after its poor ranking... 3 Lidl recalls chopsticks that may contain metal 4 Depakine: Sanofi condemned for lack of information... 5 Weather: high temperatures this weekend and a risk... 6 In Bordeaux, librarians prepare students for the patent... 7 "At least until 2024": Why the end of the... 8 Covid-19: what restrictions are still in force after... 9 Relegation still achieved: Rostock drama swears HSV... 10 Spain: the project to legalize a three-day “menstrual... 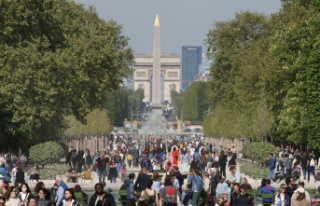 World tourism raises its head, but remains below the...