Ika Torino, a Renault with music by Gardel

In the fifties of the last century, Renault attempts the American adventure. 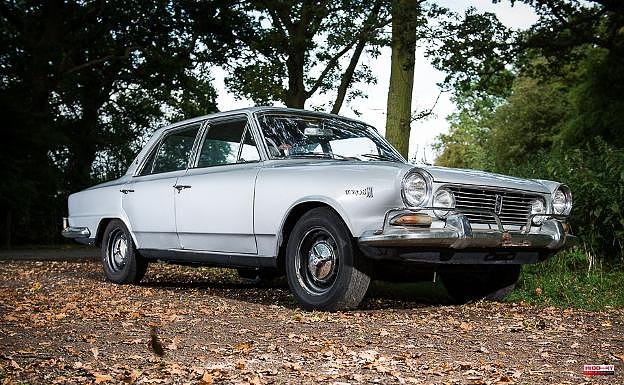 In the fifties of the last century, Renault attempts the American adventure. First, by introducing the Dauphine to the United States. The French model was well received, at first, but later it would end up becoming clear that the peculiarities of that market were insurmountable for the French model. Similarly, the Regie had set another goal, South America, specifically the markets of Brazil, Uruguay and Argentina.

In the latter country, Industrias Kaiser Argentina, better known as IKA, emerged in 1955. Created by the North American constructor Kaiser, its objective was the local construction of automobiles in order to face protectionist laws. Renault finds it interesting to associate with IKA, to take advantage of the good poster of this firm. Thus, in 1959 the first Argentinian Dauphines were born, a model that would have an excellent reception in that country and that would allow Renault to obtain a good brand image.

Renault's participation in IKA had been growing until it became, in the sixties, the majority shareholder. It is in this decade when he contacts the American Motors Corporation, the result of the merger of Nash and Hudson in 1956. The AMC Group has specialized in the manufacture of compact models (according to the concept of "compact" of the North American market) and economically accessible . At the end of 1964, AMC offered IKA the possibility of manufacturing the third generation of the Rambler American, its popular entry-level model. This car responded perfectly to IKA's objectives to be competitive in a market that evolves with the increase in the standard of living of Argentine society.

But those responsible for IKA, correctly, are not satisfied with reproducing the original Rambler, which in this third generation had already abandoned the square shapes of the previous two, thanks to the work of designer Dick Teague.

Thus they turn to Pininfarina to give the American model a more European air and a greater personality. The famous Italian coachbuilder refines the design in the bow and stern, and gives it a more Latin personality, and that the central area had not been touched.

But the technicians go further, and reinforce the chassis, and mount firmer suspensions. In reality, the front end no longer had much to do with that of the Rambler, while the rear suspension was that of the IKA Bergantin, in fact a derivation of that used by the 1958 Alfa Romeo 1900. It was not just about coping to the worst Argentine roads but also to provide a driving feel more in line with Argentine tastes. And in this same line, it was decided to leave aside the small mechanics available and instead mount the six-cylinder engine, the famous Tornado, produced by IKA under license from AMC, but which was reworked by a team of Argentine technicians led by Oreste Berta, mechanical genius, and prestigious designer and builder of engines and racing cars. This six-cylinder was associated with a synchronized four-speed ZF manual gearbox. With this base and an interior also revised by Pininfarina (more refined and sporty than the starting Rambler), the Torino had a personality of its own.

On November 28, 1966, at the Buenos Aires racetrack, the official presentation was made with two body versions. The first is a classic four-door sedan, equipped with a six-cylinder engine, but with a displacement reduced to 3 liters, and 120 horsepower. The second body is an attractive coupe in the American hard-top sense (the window panes in the doors are frameless). Of the latter you can choose between two variants. The first incorporates the 3.8-liter Tornado Jet engine with a carburetor, and offers 132 horsepower. The second variant has the same engine, but with three Weber carburettors, and already reaches 180 hp.

Argentine drivers, lovers and always good connoisseurs of what a true sports car is, welcome very well the arrival of this IKA Renault Torino (with the suggestive logo of a rampant bull on its front), with a personality that responded to their tastes. .

IKA, which has been IKA Renault since 1967, will deliver one of the first sedans to President De Gaulle (preserved in Flins, in the Renault Heritage collection), and the Argentine authorities will also give some Torinos to foreign leaders such as Leonidas Breznev, or Fidel Castro. And Muammar Gaddafi will buy a coupe.

The Torino will shine in competitions both in Argentina, where among others it won five titles in the famous Road Touring Car category (1967, 1969, 1970 and 1971 in Formulas A and B) and in Uruguay.

But where it will achieve the greatest international impact will be in 1969. An IKA Renault team of three Torino, with the five-time world champion Juan Manuel Fangio as sports director and Oreste Berta as technical manager, goes to Europe to participate in the 84 Hours of Nurburgring , in the famous Maratón de la Ruta, with a team made up of some of the best Argentine drivers of the moment: Eduardo Copello, Alberto Rodríguez Larreta, Juan Manuel Bordeu, Gastón Perkins, Jorge Cupeiro, Eduardo Rodríguez Canedo, Rubén Luis Di Palma, Oscar Cacho Fangio (son of the champion) and Carmelo Galbato. By the way, none of them knew the difficult German route, the "Green Hell".

Two of the cars crash, but the one driven by Copello, Franco and Rodríguez Larreta is first in its class and fourth overall. In reality, he could have won without a five-lap penalty for a pit stop to repair the exhaust. As a thank you for his work leading the team, IKA gives Fangio a 380S sedan.

And the phrase “sales start after the checkered flag goes down” became a reality as the number of buyers increased dramatically.

The Torino will evolve into an increasingly refined and powerful car, making the coupé in particular a very attractive model. In France, in 1970, Gaston Juchet, the father of the Renault 16, studies a redesign that will ultimately remain in the project stage. However, in the middle of that decade (since 1975, there is no longer talk of IKA Renault but of Renault Argentina), the Torino will lose the Pininfarina shield and will adopt the nomenclature of the French Renault range: L and S for the saloon, and TS for the coupe.

In 1981, the Renault Torino reached the end of its career, with two brilliant models: the Grand Routier GR sedan and the Coupé ZX. In total, nearly one hundred thousand units had been sold, of which 57,258 were coupe bodies.

1 The deadly trap of leaving children and adults in... 2 Lancia returns with the intention that half of its... 3 William Kentridge Seeks Hope in Heartbreaking Opera... 4 Santiago el Mayor and Nuestra Señora de las Cruces,... 5 Partners in crime 6 One in three people from Madrid believes that they... 7 crown of understatements 8 monarchies 9 the twitching 10 The return 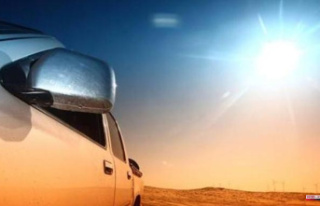 The deadly trap of leaving children and adults in...