Suffocating heat, overflowing passion and a setting that is up to the task: the Ramón Sánchez-Pizjuán bombonera in Seville, the home of the tournament's six-time champion. 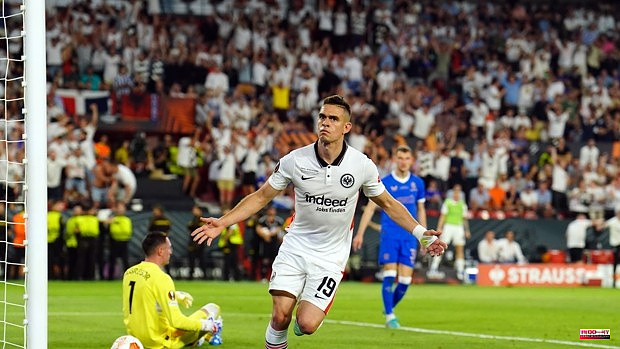 Suffocating heat, overflowing passion and a setting that is up to the task: the Ramón Sánchez-Pizjuán bombonera in Seville, the home of the tournament's six-time champion. There was no other field to better embrace this final. Reverberation of pure football, old flavor, years of eternal waiting for the two contenders. Eitracht and Rangers. Eagles and Puritans for glory in the capital of southern Europe.

The title was decided on penalties, after 90 minutes of play and extra time ended 1-1. Aribo made the blues dream but Santos Borré balanced for the Frankfurt team. From eleven meters, Eintracht won 5-4. Borré would also mark the ultimate penalty, unleashing the biggest party possible among the Germans.

Special mention also goes to another of the heroes of the night: goalkeeper Kevin Trapp. He appeared at the most critical moment to support his team and saved a crucial penalty in the shootout to Ramsey.

Eintracht, champion of the Europa League in Seville. More than deserved... 42 years after he won the UEFA Cup in the 1979-80 season by beating Borussia Mönchengladbach on that occasion. The box directed by the Austrian Glasner takes the silver with all fairness. They beat Betis in the round of 16, to whose city they returned for the title two months later. Then he gave the bell by dismounting FC Barcelona and finally eliminated West Ham, executioner of Sevilla FC, in the semifinals.

The Nervión Coliseum put all its glamor to shelter the restlessness and 'nervous' logic of Scots and Germans in the summit match of the Europa League. The city, since the previous day, had been literally invaded by tens of thousands of fans from both sides, most of them without tickets. The president of Eintracht complained about the capacity of the stadium... nonsense; They wouldn't even have fit in Maracana. Estimates pointed to more than 200,000 fans in Seville.

On the grass of Sánchez-Pizjuán, Eintracht and Rangers showed their teeth from the start. Two very different teams, each with their own weapons, but who certainly earned their way into this final. They highlighted it with more impetus than football in the intense Sevillian night. The first part was even, where the staging was carried by the German team, until as the minutes went by the Scots also reacted and showed their candidacy for the trophy.

As the party raged in the heated grandstand, there were no big arrivals at the arcs of McGregor and Trapp. Eintracht was somewhat more elaborate, Rangers more direct. The Germans struck above all through their wings, with two true gems in Kostic and Knauff. The Serbian is a cannon, while the youngster on loan from Borussia Dortmund breaks lines with amazing ease. The two tested the gloves of the Scottish goal. Something else was missing from Kamada, the Japanese who Monchi follows and who has completed an exceptional Europa League.

In Gio van Bronckhorst's painting, the most drinkable thing above the first act was the Nigerian Joe Aribo. He pulled the cart to sharpen the Spartan block of Ibrox Park. He had the merit of him the good Aribo. Converted into an offensive zone, redoubling efforts to fight with pride as a striker, since the coach of the Glasgow team could not count on his scorer and best player, the Colombian Alfredo Morelos, in Seville, nor on his natural successor, the Jamaican Kemar Roofe, who could only play limping in the last few minutes.

Goalless, both teams went into the break. But that soon changed in the second half. Aribo's arrests found a prize for his Rangers in the 57th minute of the final. The deck was broken. The blue stands exploded. The Scottish team's attacker took advantage of Tuta's fall, injured when he fell back, and faced Trapp to beat him with his left foot and raise the score to 0-1 for Sánchez-Pizjuán. British madness, momentary surprise in Seville.

But the joy of Rangers was short-lived. Those of Oliver Glasner took guts and leveled with some haste. Twelve minutes after the Scottish impact, Rafael Santos Borré tied the duel. The former Atlético and Villarreal player anticipated his marker, collected Kostic's serve from the left and executed McGregor to establish the 1-1.

The goal of the Colombian striker, fourth in his private account in the competition, would end up taking the match to extra time. No one else was able to get it right until 90. Half an hour more to go in Seville, as the canons dictate in these special events, more given to the epic than to football itself and in which the fear of losing prevails over quality. In that fatiguing extension, Eintracht pressed more than his rival. Borré, Kanuff, Hrustic and Jakic enjoyed good chances. However, the two clearest were from Rangers in the last breath of the game. Both were stopped by Trapp heroically, savior: one to Ryan Kent at point-blank range and another to Tavernier from a free kick.

The Eintracht goalkeeper sent the Seville final to penalties. Prominence for him and for the Scotsman McGregor, 40 years old. Set of hell in the Seville night. The title, from eleven meters. For Rangers, Tavernier, Davis, Arfield and Roofe scored, but veteran Aaron Ramsey failed. Trapp stopped it. For Eintracht, they all scored: Lenz, Hrustic, Kamada, Kostic and the last, the one of glory, Santos Borré. Eintracht, champion.

1 Cochlear 2 Europa League: Kevin Trapp offers the coronation to... 3 nuclear mushroom 4 Where are they? 5 Coalitions are division of powers 6 'Nupes' for the third round 7 when you disrespect 8 Putin expels diplomats 9 Basque demographic winter 10 horror vision 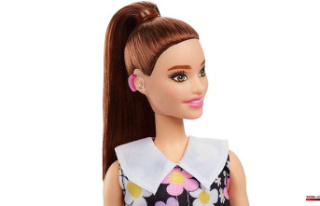