Raccoons accustomed to humans are likely more "intelligent" than those in the wild, has shown a Quebec researcher. 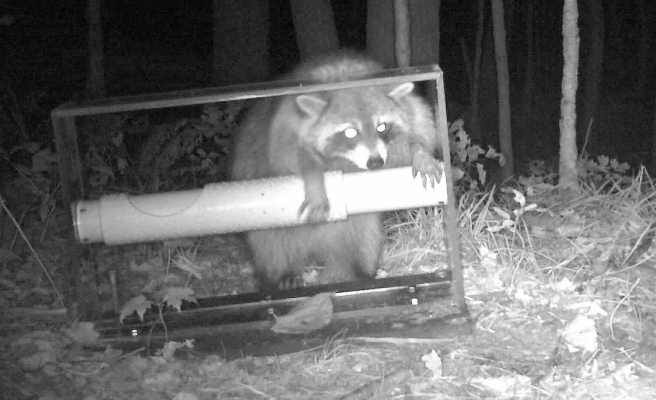 Raccoons accustomed to humans are likely more "intelligent" than those in the wild, has shown a Quebec researcher.

“Not only are raccoons habituated to humans more successful than wilderness raccoons in overcoming obstacles, but they also gain access to food more quickly,” says biologist Louis Lazure, who is currently putting the finishing touches on to his doctorate in animal behavior at Concordia University.

Over three consecutive summers, the Zoo de Granby's research coordinator scattered bait in different places in Quebec's national parks and observed the strategies of mammals to get their paws on a tasty mixture of cat food and hidden marshmallow. in two types of containers.

In the first, the animal had to pull a latch and slide it out of a ring to feast on. Only 4% of the animals succeeded. In the second device, it was a question of sliding two tubes. A trick succeeded by 40% of pilferers.

Using cameras equipped with night vision, the biologist accumulated more than 37 hours of filming which enabled him to observe a clear difference between individuals accustomed to the human presence, in recreational areas where camping is permitted, and preservation areas where no humans circulate, in principle.

The difference observed between the raccoons accustomed to humans and the others, in the wild zone, was in the speed of execution and in the diversity of the attempts made to achieve their ends. “This is not very surprising considering that animals that are used to humans have had to compete in ingenuity to overcome the latches on garbage cans, coolers and food baskets. While those in preservation areas, in the middle of the forest, do not have access to these food sources. »

No cognitive differences were noted between males and females, but this reality show did show some high drama moments: a serious battle between two angry raccoons and a run-in with a skunk lured by the buffet. The research, carried out in collaboration with the Society of Outdoor Establishments of Quebec (SÉPAQ) was conducted in Yamaska, Plaisance and Îles de Boucherville national parks.

Considered a nuisance because of the havoc they cause in campsites, raccoons sometimes need to be euthanized. “At Parc d’Oka, the situation had gotten out of control and we had to remove about 20 of them last year,” comments René Charest, head of conservation at SÉPAQ.

These are necessary interventions but which we would like to avoid, he continues. That’s why searches like this are helpful. “They allow us to better understand this animal with which we must find a way to get along. »

He recalls the basic rules that SÉPAQ displays in its establishments: do not feed animals and properly dispose of our food waste. 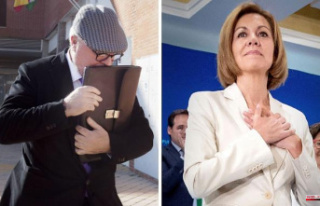