The Anti-terrorist act reminds Mette Frederiksen, about the serious threat

With the suspicion that a terrorist attack was being prepared, have police Wednesday made about 20 arrests. Prime minister Mette Frederiksen (S) consider the With the suspicion that a terrorist attack was being prepared, have police Wednesday made about 20 arrests.

Prime minister Mette Frederiksen (S) consider the case as extremely serious, and her government follows the close, she says in a written opinion.

'This is a reminder that we must take the terrorist threat seriously, as also in Denmark, are people who have the intention and capacity to commit terrorist attacks,' she said.

'I'm impressed by the skill and resolute action by the authorities has shown. For its further investigation I can't comment further on the case at the present time.'

It is unknown how many of the persons who have been arrested, who gets charged with terrorism. It is also unknown what the other arrested are accurately sieved.

the Background of the action is a suspicion of preparing a terrorist attack with a "militant islamist scene".

Also the Liberal party president, Jakob Ellemann-Jensen, is grateful for the police effort.

"With 20 arrests and searches, so there is evidence here that it has been quite extensive," he says.

"It put a big line under it, as the secret service through some time has told us that there are people who will make our society evil and do harm to the Danish society."

1 Two injured after eruptions have lost their lives... 2 Trains running again after major police operation 3 Commissioner promises thorough investigation of the... 4 Two injured in eruptions have lost their lives in... 5 British voters will vote on brexits fate - again 6 Terrorsag send bomberobotten Scroll-Marie to Count 7 The Minister will deliver non-school and plain packaging 8 Municipalities hire consultants to save on people... 9 Lindegaard reveals wild bender: Got a big fine imposed... 10 Zlatan statue vandalized again - tried to save the... 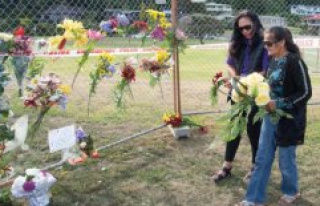 Two injured after eruptions have lost their lives...