The reason was unsanitary conditions, staff shortages, and security lapses that were discovered during an inspection.

The U.S. Department of Homeland Security Office of Inspection General made the rare recommendation in a Report regarding the Torrance County Detention Facility. This facility holds immigrants who are facing deportation to Estancia, New Mexico. In February, the office conducted an unannounced three-day inspection of the Torrance County Detention Facility.

According to the inspector general office, the investigators found "egregious" problems at New Mexico's detention facility. The facility was housing 176 immigrants when the inspection was conducted.

The report stated that more than half of the 157 cells had plumbing problems, including sinks and toilets that were blocked or inoperable. Inspectors found water leaks, mold, and lack of hot water in the facility. The report also stated that security problems were a result of poor supervision, understaffing, and blind spots.

Friday's report described a "critical" staff shortage, which was in violation of ICE staffing level regulations. The inspection revealed that the New Mexico facility had 133 employees full-time, which is 54% less than the 245-member required staffing level.

The office stated in its report that it recommended the immediate removal of all detainees at the facility, unless the facility has adequate staffing and suitable living conditions.

According to the office, it plans to publish another report on Torrance that details other "deficiencies" in Torrance regarding detainee classification, COVID-19 mitigation, medical care, legal services, and additional issues.

The Friday report's findings were strongly denied by ICE leadership, who declined the recommendation for detainee relocation and questioned the office of the inspector general's reporting. Jason Houser, acting chief of staff at ICE stated in a March 7 letter that he had serious concerns about the report's accuracy and integrity.

Houser wrote to Joseph Cuffari in a letter.

Houser claimed that personnel inspecting the Torrance facility took a photograph of a Torrance detainee drinking water from a mop and refused to wait for hot water to come out of the faucets. Houser also challenged the impartiality and credibility of the inspector. He claimed that facility officials had heard him make disparaging remarks about the facility in the first hour of his inspection.

Steven Corse, a spokesperson for CoreCivic (the private company that runs the Torrance detention centre), said the "inspectors who produced this report acted in a deeply unethical fashion, including misrepresenting evidence to portray the facility negatively."

CoreCivic general counsel Cole Carter urged Tae Johnson to act as acting ICE director to review the conduct and conduct of those who inspected the facility in a March 10, 2010 letter.

Carter wrote, "The statements in the report and the actions they reflect are so egregious that they require you immediate attention to ensure their accountability to those who made them,"

DHS Inspector General stated that it supported Friday's findings. CoreCivic was informed by ICE in March that Torrance detention center was not adequately staffed and had other problems.

The office of inspector general stated that "our employees' impartiality and independence are essential to our supervision work and will continue to be so moving forward."

ICE holds unauthorized immigrants, asylum seekers, and any other non-citizens who are facing deportation proceedings. The agency held 20,146 immigrants as of last week in its detention network. It consists mostly of private prisons and county jails, government figures indicate.

Biden's administration has promised to reform ICE detention. It stopped holding immigrants in two detention centers in Massachusetts and Georgia last year after allegations of mistreatment were made. Despite President Biden's campaign promise, ICE has not taken any public steps to end detention for profit, despite its promises.

DHS Secretary Alejandro Mayorkas stated that "detention reform" is a priority in a January interview with CBS News.

Representatives from the DHS didn't respond to a question about Mayorkas' agreement with the inspector general report and how he was addressing it or if the secretary had agreed with ICE’s rebuttal.

Advocates for immigrants stated Friday's report highlighted the need to close ICE detention centres, which are used to hold immigrants in civil proceedings and not in federal or state jails.

"Secretary Mayorkas promised a zero tolerance policy in ICE detention for substandard conditions but is running a prison system that's overtly cruelty," Heidi Altman, policy director at National Immigrant Justice Center. "How many reports is it going to take before the U.S. government admits that it's time for immigration detention to be ended?" 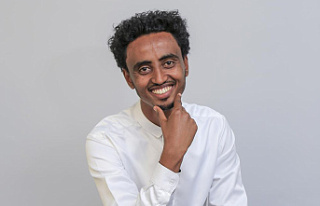