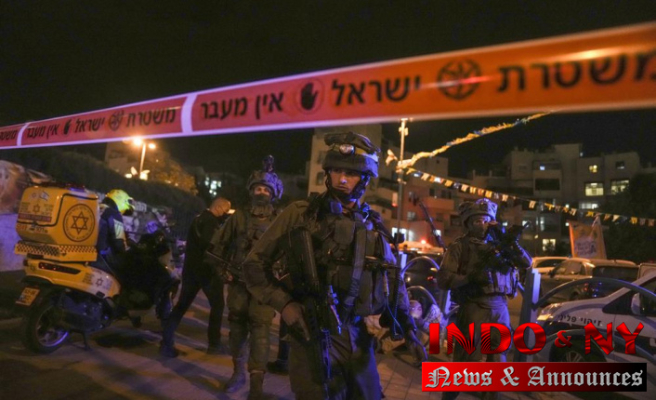 Police launched an extensive search for the attackers, setting up roadblocks and dispatching helicopters. This stabbing occurred on Israel's Independence Day. It was just the latest in a series of attacks that have taken place in Israeli cities over recent weeks.

Israeli police announced that a search was under way for two Palestinian suspects in the occupied West Bank on Friday. They are 19 and 20 year olds. Jenin is the home of other terrorists involved in attacks on Israel. In recent weeks, the town and surrounding areas have been subject to frequent Israeli military raids as well as clashes between militants from Palestine.

After huddling late Thursday with security officials, Naftali Bennett, Israeli Prime Minister, said that "We will get to the terrorists and the supportive environment" and would pay the price.

Tensions between Israel and Palestine have escalated in recent years due to attacks in Israel, military operations on the occupied West Bank, and violence at Jerusalem’s most sacred holy site. This site is home to Al-Aqsa Mosque. It was the scene for new unrest on Thursday.

Alon Rizkan was a medic working with Israel's Magen David Adom rescue services. He described it as a "very difficult" call when he arrived on the scene in Elad (an ultra-Orthodox community near Tel Aviv). He claimed he had identified three bodies at different locations. Officials said at least four other people were injured, one of them critically.

Israeli media reported that police claimed there were two attackers. Police also stated that they were still looking for the attackers just before midnight. They urged the public not to go to the area and asked them to report any suspicious vehicles or persons to them.

Israel celebrated its Independence Day Thursday. This is a holiday that people usually celebrate with barbecues and air shows.

The West Bank was closed by Benny Gantz, Defense Minister, in an order to prevent Palestinians from entering Israel. This closure was imposed before the holiday.

Blinken released a statement saying that "this was a horrible attack targeting innocent men, women, and was especially heinous coming at the time Israel celebrates its Independence Day." "We stand in solidarity with Israel in this attack and remain in close contact and in close contact with our Israeli partners."

The attack was condemned by Mahmoud Abbas (Palestinian President), whose government manages autonomous areas in the Israeli-occupied West Bank.

According to the Wafa news agency, he stated that "the killing of Palestinian civilians and Israeli civilians only leads to more deterioration at an time when all of our attempts to achieve stability and prevent escalated."

Hamas, the Palestinian militant group that controls Gaza Strip, has praised the attack and linked the incident to violence at Jerusalem's holy site.

Hamas spokesperson Hazem Qassem stated that "The storming Al-Aqsa Mosque cannot be ignored." "The heroic operation in Tel Aviv was a practical manifestation of what the resistance had warned about."

Al-Aqsa Mosque compound, which is third holiest in Islam, is located on the hilltop that is also the holiest for Jews. They refer to it as Temple Mount. It is the emotional center of the conflict. In recent weeks, Israeli and Palestinian police have repeatedly clashed there.

Israeli police arrived at the site on Thursday morning to remove protestors from the area, following Jewish visits that were halted in preparation for the Muslim holidays.

As the visits resumed, hundreds of Palestinians began to gather, singing "God is greatest". Police went to arrest one of them. As some Palestinians sought refuge inside the mosque, police fired rubber-coated shots on the sprawling esplanade. Later, the police were seen inside the entrance to the mosque barricaded.

According to police, they responded to several people shouting incitement and throwing rocks and one officer sustained minor injuries. Two Palestinians were struck with batons, according to the Palestinian Red Crescent emergency services.

Contrary to previous encounters, Palestinian witnesses claimed that there was no initial rock-throwing. Some people who were hiding inside the mosque started throwing rocks and other objects at police officers when they entered the building. Security concerns meant that witnesses could not speak on their behalf.

The status quo allows Jews to visit the site, but not pray there, under informal arrangements. They have been visiting the site in increasing numbers over the years with police escorts. Many have also discreetly prayed, angering both the Palestinians and Jordan, the custodian. The Palestinians fear that Israel will eventually seize the site or divide it.

Israel claims it is committed to the status quo and accuses Hamas for inciting recent violence.

This has been the bloodiest massacre in recent years. Five attacks have claimed the lives of at least 18 Israelis -- including a stabbing rampage that took place in southern Israel, as well as two shootings in Tel Aviv and one last weekend in a West Bank settlement. Nearly 30 Palestinians were killed in violence, most of them involved in attacks on Israeli forces in West Bank. Unarmed women and a lawyer were both killed in the attack.

An 11-day war broke out between Israel and Hamas last year, fuelled in large part in part by unrest in Jerusalem. 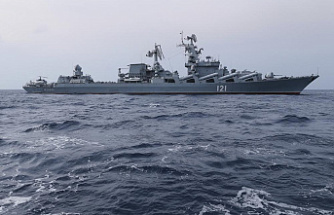 Official: US provided intelligence before the sinking of the Russian warship by Ukraine
BREAKING NEWS HEADLINES 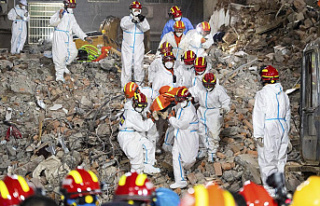