Tens of thousands joined unions and Italians rallied in Rome Saturday to protest rising fascism. This was just a week after right-wing extremists stormed into the headquarters Italy's largest labor confederation, while protesting a COVID-19 certification requirement at workplaces. 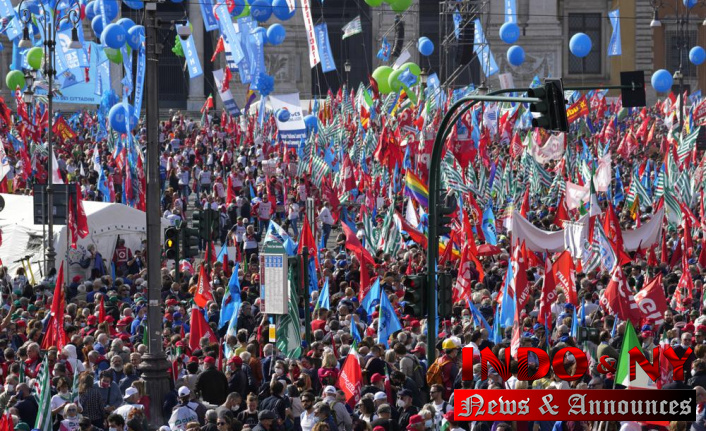 Maurizio, the head of the CGIL union Confederation, led the protest along with other labor leaders. The slogan was "Never again Fascism" and organizers placed the crowd in front of St. John Lateran basilica to protest the 100,000-strong figure.

Participants waved flags that read "Si Vax", a direct retort against the protesters armed only with sticks and metal bars, who threw out the headquarters of CGIL in Rome on Oct. 9. They were protesting against a government requirement that required proof of vaccination and a negative test within 48-hours or proof of recovery from COVID-19 in order to be able to access employment places.

Landini, secretary general of CGIL, has compared the attack on the union headquarters with 1921 attacks by Fascist party members against union organizers. The Fascist leader Benito Mussolini, who later brought Italy into World War II with Nazi Germany as an ally, came to power in the following year.

Landini stated that Saturday's event was meant to be a demonstration of democracy for all. This is the subject.

Luigi Sbarra (head of the Italian General Confederation of Labour) said that an attack on unions led the far-right Forza Nuova party had "made the only option to be here, united împotriva all types of fascism." He demanded the immediate dissolution of the party. 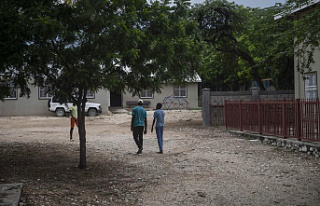 Kidnapping missionaries are being blamed on gangs...