Six years in Israel, Aid worker insists that he is innocent 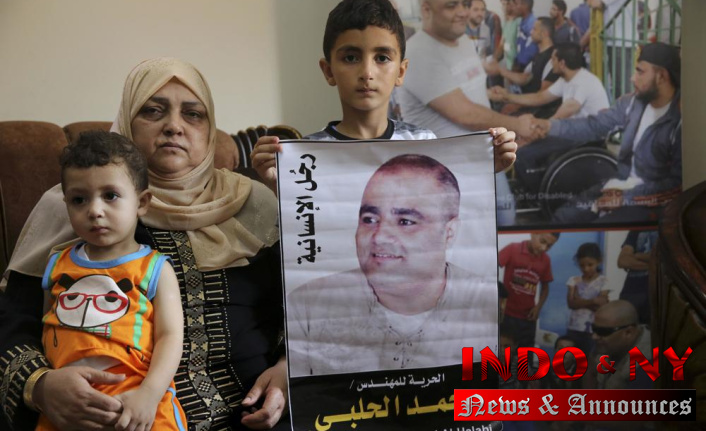 JERUSALEM, (AP) -- Nearly six decades after Israel accused Mohammed el-Halabi that he diverted tens of million dollars from an international charity to Gaza's militant Hamas rulers. He has not been convicted by an Israeli court.

World Vision, a major Christian charity operating around the globe, as well as independent auditors from Australia and the Australian government, have not found any evidence of wrongdoing. El-Halabi's lawyer claims that he rejected numerous plea bargains that would have allowed his freedom years ago. September was the end of closing arguments.

The prosecution requested Monday's hearing to extend his detention.

These explosive accusations are similar to those against six Palestinian rights organizations last year. Each case saw Israel accuse organizations of links to militant groups without providing any evidence. This sent shockwaves through donors and partners, and led some to end ties.

Critics claim that Israel relies heavily on unreliable informants. To maintain its almost 55-year-old military occupation of the lands that the Palestinians desire for a future state, they claim Israel is slandering groups that provide assistance or support to them.

Lior Haiat, a spokesperson for the Israeli Foreign Ministry said Israel stands behind the allegations against el–Halabi. He claimed that the defense deliberately extended the trial after the prosecution had ended in May 2018. Allegations rejected by el–Halabi's attorney.

Haiat stated that Israel does not seek to intimidate non-governmental organizations or to prevent them from operating in Gaza. "But, we do not intend to transfer NGO money meant to help Gazans into the hands of terrorist organizations like Hamas.

World Vision suspended all activities in Gaza after el-Halabi was arrested. Gaza is home to over 2 million Palestinians. The Israeli-Egyptian blockade imposed nearly 15 years ago when Hamas took power has been in place since then. While Israel claims the restrictions are necessary to contain Hamas' movements, critics see them as collective punishment.

World Vision claimed that its Gaza budget for the past 10 years totaled $22.5 million. This makes the claim of $50 million diversion "hard to reconcile." El-Halabi was appointed Gaza manager in October 2014. He was less than two years old when he was arrested.

World Vision collaborated with many Western donors countries to create an independent audit. World Vision did not name the auditors due to a confidentiality agreement. However, the Guardian reported last year that the audit was conducted by Deloitte and DLA Piper (an international accounting firm).

Brett Ingerman, DLA Piper's lawyer, confirmed the role of the audit. According to Ingerman, a team of about a dozen lawyers including former assistant U.S. Attorneys reviewed almost 300,000 emails and conducted more than 180 interviews. He said that a forensic accounting firm reviewed nearly every financial transaction at World Vision between 2010 and 2016.

They submitted a 400-page report detailing their findings to World Vision in July 2017. World Vision shared the report with donors governments. World Vision claimed it had offered the report to Israel but Israeli authorities refused the non-disclosure agreements. The Foreign Ministry declined comment.

According to the report, there was no evidence that el-Halabi was associated with Hamas nor had diverted funds. Ingerman stated that it showed the opposite.

He said, "We had story after tale of el Halabi enforcing controls on World Vision and encouraging employees to not interact or transact any organizations that were even thought of being affiliated with Hamas."

According to the Australian government's own review, there was no evidence that any funding it provided to World Vision in the Palestinian territories had been diverted to Hamas. According to the Department of Foreign Affairs and Trade, Australia was the largest single donor to World Vision's humanitarian efforts in Gaza. It provided $4.4 million over the three previous fiscal years.

World Vision, which has operations in almost 100 countries and distributes approximately $2.5 billion annually in aid each year, stated that it supports el-Halabi. Sharon Marshall, spokeswoman for World Vision, stated that they are waiting for an acquittal as it is the only logical outcome.

"It is far too late for him to be at home with his family."

Maher Hanna, el-Halabi’s defense lawyer, stated that Israeli authorities offered him several plea bargains. These would have allowed him the freedom to walk away in return for pleading guilty or reducing his charges. This is a common tactic in Palestinian trials.

Hanna stated that Hanna was unwilling to admit to doing things he did not do. The defense lawyer was allowed to view the classified evidence. He declined to discuss it, saying that it was "extremely unstable and problematic" and did not prove anything.

Hanna also dismissed any accusations of foot-dragging as "beyond untrue," stating that the court had set sessions months apart, making it difficult for him and his witnesses to be called, even those named in the charges sheet.

He said that Israel was to blame for the delay and that it wanted to avoid embarrassment from top officials who had made explosive false accusations. Benjamin Netanyahu, then-Prime Minister, had released a video address reiterating the charges. He claimed that they showed he cared more for the Palestinians than his own leaders.

He will be cleared if facts are relevant. Hanna stated that if facts don't support his case, he would be convicted.

Omar Shakir, Israel- and Palestine director at New York's Human Rights Watch, said that it was a mockery to due process and basic fair trial notions to keep someone in pretrial detention for almost six years based largely upon secret evidence.

Even if el-Halabi gets away with it, other aid agencies may be discouraged from operating in the Palestinian territory.

Marshall, a spokeswoman for World Vision, stated that "We haven’t been able respond to major needs Gaza," and that Gaza is where some of the most vulnerable children in the world are. "Other organisations that lack the organizational resources to absorb a hit such as this are just too vulnerable to risk this kind of problem." 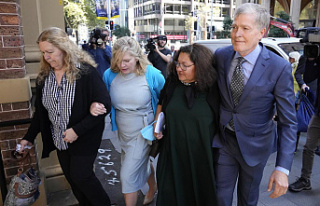 Sydney man is sentenced to 12 years in prison for...