Rare meeting between leaders of Greece and Turkey: Talks held

On Sunday, leaders from Turkey and Greece met in Istanbul for lunch. 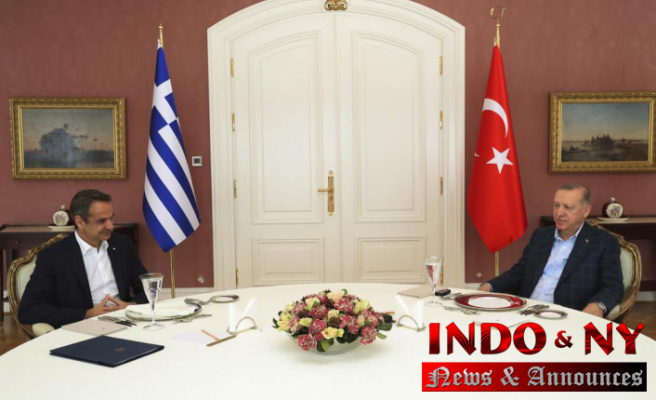 This was a rare opportunity to meet with the neighbors, who have been at odds in the past over issues such as maritime and energy, migration, and the status of Aegean Islands.

According to a statement by the Turkish presidency's communications department, Kyriakos Mitsotakis, the Greek Prime Minister, and Recep Tayyip Erdan, they discussed bilateral and global relations and Russia's invasion in Ukraine.

"Turkey's and Greece's special responsibility in the European Security Architecture has changed with Russia’s attack on Ukraine," said the statement. It also suggested that both countries should strengthen cooperation and "focus upon positive agendas" to reap regional benefits.

Although nominal NATO allies, Turkey and Greece have had tensions over their competing maritime boundary claims which affect energy exploration rights in eastern Mediterranean. Tensions flared over exploration drilling rights in areas of the Mediterranean Sea where Greece or Cyprus claim their exclusive economic zones. This led to a naval standoff. Turkey claims that Greece violates international agreements by militarizing Aegean islands.

The Greek military has been modernizing since then. After a five year pause, officials from both countries resumed exploratory negotiations in 2021 to prepare for formal negotiations. However, they have not made much progress. According to the Turkish statement, the leaders of both countries agreed to maintain communication channels open "despite differences" and improve bilateral relations at Sunday's meeting.

Turkey has been accused by Greece of allowing migrants across its land and sea borders, despite an agreement with the European Union to stop illegal crossings. Rights groups and Turkey have also documented the practice of "pushbacks” to Turkey by Greek authorities.

Erdogan stated to Mitsotakis that he hopes to "start a new chapter in bilateral relations" and said that he believes the countries can work together on issues such as the Aegean, minorities or combating terrorism. Erdogan said that neighbors should talk more often than just during crisis situations.

However, Turkey and Greece also collaborate on energy projects. This includes a new pipeline that links their countries transporting natural gaz from Azerbaijan to Western Europe. It is part of Europe’s efforts to reduce its dependence on Russian energy exports.

Mitsotakis began his trip by attending an Orthodox Christian service at the EcumenicalPatriarchate in Constantinople.

1 After criticism, Serbia reduces flights to Moscow 2 Incredible Things to do While Traveling 3 EU imposes fourth set of sanctions on Russia for war 4 The UK will end all COVID-19 travel restrictions before... 5 China warns the US about Russia's support in... 6 More Russians are able to circumvent the US's... 7 Auschwitz survivor Leon Schwarzbaum dies at 101 in... 8 US judge: The public might be able to look at the... 9 Turkey and chicken farmers are trying to protect their... 10 Ukrainian diplomats and spiritual leaders call for... 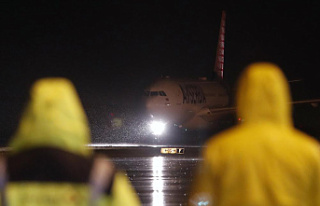