RAFAH (Gaza Strip) -- Every month hundreds of trucks loaded with fuel, cement, and other goods traverse a plowed no-man's land that runs between Egypt and Gaza Strip. Hamas gains strength.

According to estimates, Hamas receives millions of dollars each month in taxes and customs at Rafah's border crossing. These funds allow it to operate a powerful armed wing and a government, while international assistance covers most of Gaza's basic needs. 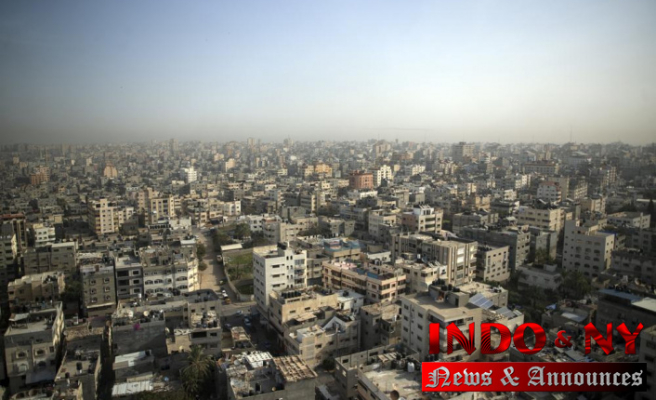 This might be surprising considering Israel considers Hamas terrorist group.

Israel claims it cooperates with Egypt to monitor Rafah and return quiet. Mohammed Abu Jayyab (economist and editor-in chief of a Gaza business newspaper) said that the opening of the crossing was in everyone's interest.

There's more. After four wars and nearly 15 years of blockade, Hamas is now more resilient and Israel has had to accept that their sworn enemy will be here for the long haul.

Because a prolonged invasion would be too costly, Hamas has accepted the rule of Hamas in Gaza. Hamas provides Israeli leaders with a convenient boogeyman. How can Palestinians be granted statehood if they are divided among two governments, one which opposes Israel's existence?

Hamas' willingness and ability to use violence, whether it be in protests at the border, incendiary balloons or rockets, has allowed it to win concessions from Israel.

Omar Shaban, a Gaza-based political strategist, stated that Hamas "remains firm in its position" and that the Israeli government had made many compromises after the conflict in May. "Hamas was stubborn."

Israel and Egypt placed a severe blockade on Hamas's entry into the arms market after it seized control of the Palestinian Authority in 2007. Rafah was home to a huge economy that relied on smuggling tunnels. Hamas imposed taxes on imported goods.

After leading the 2013 overthrow a Islamist government that was sympathetic to Hamas, Egyptian President Abdel-Fattah el-Sissi ordered destruction of the tunnels. After another Gaza war and four years, Egypt finally agreed to Hamas’ demands for an above-ground commercial crossing.

Israeli authorities already tax imports through Gaza's only functioning commercial crossing with Israel. Some of these revenues are transferred to the Palestinian Authority. Hamas is able to only demand small tariffs and not noticeably increase prices. Hamas owns Rafah.

Hamas doesn't release data on expenses or revenues. A request for comment was not answered by an Egyptian government media officer.

According to Gisha (an Israeli rights group that closely monitors Gaza's closures), nearly 2,000 truckloads worth of cement, fuel, and other goods were brought through Rafah in September. This is almost twice the monthly average for 2019 and 2020.

Rami Abu Rish is the managing director for the crossings at Hamas' Economy Ministry. He used to oversee tax collection from tunnels. Rami Abu Rish says authorities get no more than $1,000,000 a month from Israeli crossings and as high as $6 million from Rafah.

According to an official, who spoke under anonymity to discuss internal numbers, Hamas's income is estimated at $30 million per month by the Palestinian Authority's Finance Ministry. This comes primarily from taxes on fuel and tobacco that come in through Rafah.

An anonymous cigarette importer from Gaza, who spoke under condition of anonymity to protect the trade, said that a small number of merchants imports between 9,000 and 15,000 cigarettes each month through Rafah. Hamas charges $1,000 to $2,000 for each crate. This alone would net $18 million annually.

Abu Jayyab estimates that Hamas earns up to $27million per month. This is in addition to fuel and cement taxes.

Mohammed Agha, whose family has a chain gas stations in Gaza, was among the few businessmen to openly discuss Hamas' management. Because Hamas gains from the trade, gas station owners must buy the bulk of their fuel from Rafah.

He claimed that Hamas had placed him in jail for two months in 2019, after he protested against the arrangement.

He said that "we as businessmen are supporting the government" even though the economy is in decline. "Before Hamas 1,000 shekels (about $220) per month was sufficient for a family to live on. Now, 5,000 isn’t enough as they tax the citizens.

Hamas could use the money it collects to pay its estimated 50,000 civil servants and supporters of the political movement. It could also be used to fund Hamas' Armed Wing, which has increased its military capabilities in every war and fired more than 4,000 rockets at Israel within 11 days last spring.

The first intifada (or uprising) in 1987 saw Hamas emerge on the scene. Hamas adopted armed struggle as the dominant Palestine Liberation Organization, which joined the emerging peace process with Israel.

In the 1990s and 2000s, this militant group carried out a number of attacks including suicide bombings. Many Israelis were killed. This group demanded the destruction of Israel and opposed peace negotiations. It adopted a moderater political platform in 2017, but its goals have not changed.

2006 saw a huge victory for Hamas in Palestinian elections. This sparked a power struggle between President Mahmoud Abdulbas' Fatah party and sparked a bloody power struggle. The following year, Hamas took control of Gaza and confined his authority to the Israeli-occupied West Bank.

Abbas's peaceful approach has saved the West Bank from war, isolation and conflict. However, he has not been able to end the 54-year-old military occupation nor stop the growth of Jewish settlements. Over a decade has passed without any substantive peace negotiations, and Israel's current prime minster, Naftali Bennett is against Palestinian statehood.

Israel, however, pulled all its troops and settlers from Gaza in 2005 after a second violent Palestinian uprising. It also made it impossible for its soldiers to enter Gaza without risking war.

Israel is unwilling to speak to Hamas. However, it has reached a series informal cease-fires through U.N. mediators (Egyptian, Qatari, and Qatari) that have allowed it to ease the blockade in exchange for peace.

Bassem Naim is a senior Hamas official who attributes much of the popularity of his group to "the failures of the other projects", referring to the Western-backed Palestinian Authority.

"The majority of Palestinian factions believe resistance, and especially armed resistance, must be part of our struggle for freedom." He stated that the lifting of the blockade does not address the root problem, which is occupation and siege.

Bennett was a vocal critic of the policy of Qatar allowing cash to be sent into Gaza via an Israeli crossing.

Within months of becoming prime minister the payments to poor families were resumed via a U.N.-run voucher program, and Qatar returned its fuel contribution to Hamas's government payroll.

Israel denies that it has caved to Hamas demands. According to the new government, it has changed policies to make humanitarian aid more accessible to Hamas and to respond militarily to minor attacks.

All construction materials, including those imported through Rafah, are subject to a monitoring system that was established by the U.N. after the 2014 war. Israel claims it will not allow any large-scale construction projects until an agreement is reached to release two prisoners and the remains of two Israeli soldiers, both held by Hamas since 2014.

According to Abu Rish, a Hamas official, both Egyptian and Israeli crossings have restrictions on dual-use items that could be used in military situations.

According to a senior official from the Israeli Defense Ministry, the goal of humanitarian aid is to maximize its effectiveness while minimizing Hamas' benefit. According to regulations, the official spoke only to say that Israel was aware of Rafah imports and that Egypt is responsible for ensuring that Egypt has the same restrictions as at the Israeli crossing.

"THE OTHER CHOICE IS NOT BEETTER"

The international community supports Gazans despite the fact that Hamas is generating revenue from its government, crossings, and taxing businesses.

Since 2014, the U.N. has spent over $4.5 billion on Gaza. This includes $600 million for 2020. The majority of this funding is channeled through the U.N. Agency for Palestinian Refugees, which provides food assistance and runs schools for around 280,000 children.

Qatar, a wealthy Gulf state, has donated $1.3 billion to Gaza over the past two years to help with reconstruction and health services.

Gaza City is a prime example of Qatari generosity. Qatari funds were used for a scenic seaside promenade, and to expand a main road. This road runs alongside a Qatari-funded housing development and the Qatari diplomatic mission. It resembles an Embassy.

It all appears very successful, with families walking past amusement parks, beach cafes and even a few luxury hotels. The new construction is just a backdrop for the grim living conditions of most Gazans.

According to the World Bank, 45% of Gazans are unemployed and almost three-quarters of Gazans live below the poverty line. Gazans have only 13 hours of electricity per day, and tap water is not available to them.

Because Hamas is the only viable option, there has been little public opposition to Hamas in Gaza. Many view the Palestinian Authority as an authoritarian, corrupt extension of Israeli rule.

Mkhaimar Abusada is a professor of political science at Gaza's Al-Azhar University. He said that the lack of protests does not mean that Gazans are content with Hamas.

He blamed the lack of opposition to Hamas violent crackdown on protests about taxes and the rising cost-of-living in 2019, as well the failures of the PA.

He said, "The alternative choice is not better that Hamas." "Fatah's and the PA are still considered corrupt by the Palestinian people."

This month's poll found that 47% of Gazans would vote to elect Hamas in parliamentary elections, despite the hardships caused by Israel and Hamas conflict. Only 29% would vote for Abbas Fatah.

Hamas won't be going anywhere. Israel is aware of this.

Abusada stated that they are facing many problems. Their strategy is to be resilient. They won't give up. 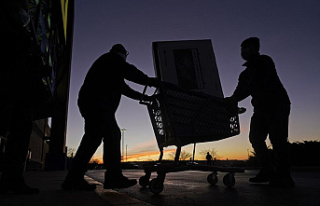 Low-income shoppers are hit hard by inflation as holiday...