North Korean defectors pray for the resettlement of victims

NIIGATA (Japan) -- Eiko Kawasaki stood at Niigata port, where she had left for North Korea over 60 years ago. She threw chrysanthemums into the sea in prayer for those who couldn't come back. She burst into tears. 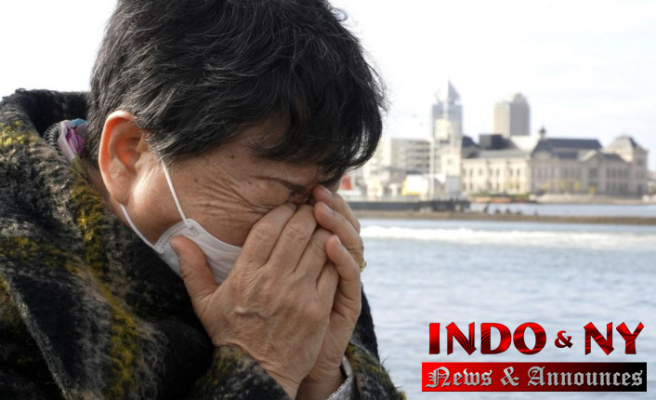 Kawasaki, a 17-year old girl looking for a better life joined a North Korean resettlement program that promised a "Paradise on Earth" where everything would be free and people with Korean roots could live in peace.

Kawasaki was one of 93,000 Japanese ethnic Korean residents and their families who signed up for the program, only to discover the exact opposite of what they were promised. Many were forced to work in mines, forests, and on farms. They also faced discrimination due to Japan's colonization of the Korean Peninsula.

Kawasaki, now at 79, is one of the few survivors to make it back to Japan. She's on a mission, however, to preserve the horrific stories and memories of those who were deceived into "resettlement."

She hopes to open a museum in Niigata and revive a street in Niigata as a way to remember the resettlement program that was conducted under the auspices Korean and Japanese friendship groups.

Kawasaki hosted a commemoration event at the port in December to mark the 62-year anniversary of the first ship leaving Japan for North Korea. Participants observed a moment silence for the victims, who died despite their hopes of returning home to Japan one day.

"Fortunately, I returned to Japan alive. Kawasaki stated that he considers his life here as an additional bonus. He wants to use all of his time to ensure this tragedy doesn't happen again.

As a second-generation Korean woman, she was born in Kyoto, Japan's capital. She had studied at a pro North Korean school and was intrigued to see Japan. She claims she was brainwashed.

Kawasaki was skeptical about the future, and her ferry arrived at a North Korean port. She was met by hundreds upon hundreds of bodies covered in soot.

She recalled that "everything looked completely black." The third largest international port in North Korea was much smaller than the Niigata port. "That was the moment I realized that I had been deceived."

She then saw her old schoolmate, who had gone to North Korea earlier and collected leftover lunch boxes Kawasaki and others didn't finish. She was told by her schoolmate that she shouldn't have had it, as she wouldn't be able to get such delicious food again.

Kawasaki recalls, "I was shocked and thought that my heart would stop in shock."

Kawasaki spent more than 40 years in North Korea before she fled to Japan in 2003. She said that she had seen the bodies of people who died from starvation during famines and she didn't want anyone to know.

Kawasaki feels safe in Japan. However, she is constantly worried about her husband and the children in North Korea. She has lost touch with her family since the COVID-19 pandemic, and all letters and packages that she sent have been returned.

Kawasaki stated, "My greatest worry now is their survival."

Kawasaki and other defectors plan to revive a 1.5-kilometer stretch (approximately 1 mile) called "Bodnam," which is a willow street. They intend to plant new trees to replace the ones that have died or withered since 1984, when the resettlement program was ended. To commemorate the 1959 launch, older trees were planted.

"The streets have become shabby due to people not paying attention to resettlement programs or simply because they didn't care as much about them." Kawasaki said, "I thought I had to do something about that."

Harunori Kojima (90), a former communist who supported the resettlement program, is one of her supporters.

Kojima stated that he wanted to be a part of the Bodnam Street Project because he felt guilty and regretted having long supported the program, despite the dire conditions in the North.

During a 1964 visit to North Korea, he saw the reality but could not speak truth to the pro-Pyongyang group or his Japanese communist comrades. "That matter still bothers my heart."

Kojima published a 2016 book that included photos of North Korean refugees, newspaper clippings praising the program, and letters from Japanese victims yelling to return home. It was intended to document the history and offer atonement.

He said that Japan's government, Japanese media, and many non-profit organizations including the International Committee of the Red Cross strongly supported repatriation.

The victims of the resettlement program were described by the 2014 United Nations Commission of Inquiry as "forcibly disappearing" people who North Korea kept under tight surveillance and deprived of freedom of movement. Due to their lower socioeconomic status, many of them were likely to be among those who died in the 1990s famines.

Kawasaki and other defectors seek damages in a lawsuit against North Korean leader Kim Jong Un for human rights violations that they claim they suffered as a result of the resettlement program.

Kim is unlikely to appear before the court or to compensate them, although the plaintiffs hope that the case will set an example for Japan to negotiate with North Korea. A decision is expected to be made in March. 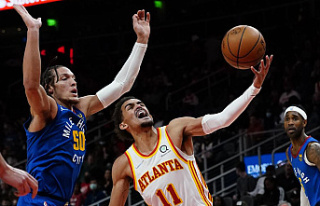