Despite all the talk about sanctions being imposed on Russian oligarchs there was one notable oversight in the Ukraine aid package that Congress approved this month: 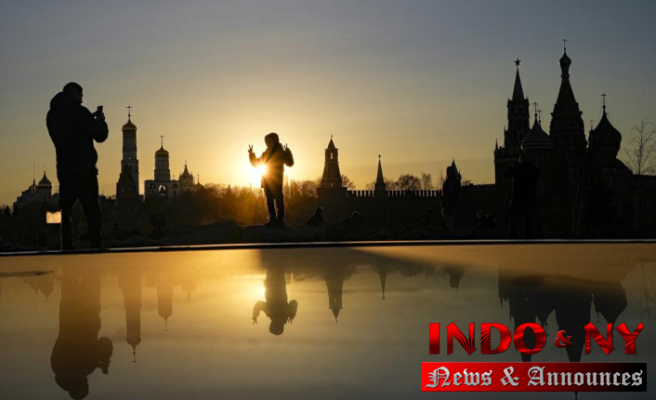 A money infusion for the IRS criminal investigation arm, which is charged with finding the Russian elite's expensive properties didn't make it into the package.

The White House's request for $30 million to the IRS to trace financial transactions associated with sanctioned persons seemed to be in conflict with broader Republican reluctance to spend more money on IRS enforcement actions. According to Republicans who were close to the spending bill negotiations, the IRS's mission should be to enforce and administer the U.S. tax code, rather than to enforce sanctions.

The money to Ukraine included $25 million for the Treasury Department’s terrorist and financial intelligence unit, $17million for its departmental offices, and $19million for the Financial Crime Enforcement Network. However, the IRS Criminal Investigation was the only Treasury agency that didn't receive its request.

The Treasury Department and its enforcement arms, which include the IRS, impose many of the sanctions against Russia's elite and Central Bank. The IRS, along with the newly created KleptoCapture group headed by the Justice Department plays a significant role in the imposition of sanctions against Vladimir Putin's supporters and oligarchs.

The White House requested funding from Congress. It stated that the $30 million would increase IRS Criminal Investigation's ability to locate links between different businesses, conduct digital assets tracing and identify the owners of assets owned or controlled by oligarchs linked to Putin.

The money could have been used to purchase more than 50 databases that allow access to global public records. A Treasury official spoke to The Associated Press on condition of anonymity in order to discuss internal matters. Only five people currently have this capability.

According to Treasury, the workforce in the Investigations Unit has decreased by 25% over the past decade.

Treasury stated that the unit is in "desperate need of stable, longer-term financing to develop a deeper understanding the global financial landscape" and trace and seize assets currently in the hands criminals.

Chye-Ching Huang is the executive director of NYU Law's Tax Law Center. He said that the IRS funding problems are part of a bigger issue, with the federal government depending on the IRS to intervene in national and international crises.

She said that she saw it during the pandemic when the administrative apparatus was used in order to quickly get billions of dollars of assistance to people and businesses. Now, we are seeing it during a foreign-policy emergency.

She said that "it points to its crucial role" and she added that lawmakers shouldn't starve the IRS.

Biden signed this massive spending bill into law earlier in the month to fund the government until September. The funding includes $5.4 billion for IRS enforcement, other than criminal investigations. This is an increase of $225 millions over fiscal 2021.

Jorge Castro served as a counselor to the IRS Commissioner during the Obama administration and said that he was optimistic the agency would get more money as the conflict in Ukraine is not ending.

He said, "I suspect that we are not done with additional sanction-related bills and i'm assuming that the Biden administration would love to make this a feature in its next request."

1 Riz Ahmed discovers catharsis in a blistering Oscar... 2 Opening Day: CNN+ streaming service available for... 3 Black women feel the sting of Jackson hearings that... 4 Biden budget will reduce deficits by $1T over the... 5 Trump's grip on the GOP is being tested when... 6 Albright was a mentor and model for many generations... 7 Blinken to visit Israelis, Arabs are wary about Iran,... 8 Texas immunity claim is questioned by the justices... 9 What would a billionaire's income tax look like? 10 In Morocco, Blinken amid shifts in Mideast and NAfrica...