GIESSEN (Germany) -- After walking for 60 hours through the dark, wet forests of Poland trying to find her way to Germany she was stopped by the 29-year old Syrian Kurd. 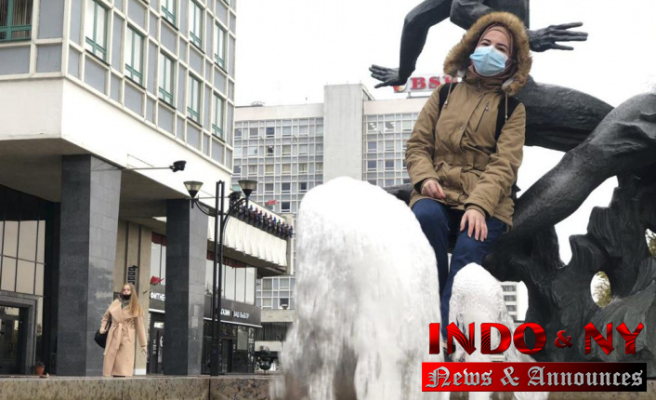 Bushra didn't suffer the first setback on his journey.

Her road companion and best friend, who was also a Polish border guard, had fled them earlier in panic attack. Her friend tried to regain her lungs by hiding behind trees and in ditches, but it wasn't working. They surrendered to the guards and were thrown back across the border into Belarus by the guards.

They quickly returned to the same trail, bedraggled, and wet. Bushra kept going despite twisting her knee. Bushra continued to drag her right foot along with her through the rain and freezing temperatures in the forests for two more days. They finally reached a Polish village, where they were met by a car that took them to Germany. This was the beginning of a new life.

"I have to endure the unbearable pain. Bushra stated that sometimes running away from something is the best thing. She was speaking in Giessen, central Germany, where she applied to asylum as a refugee. "There is no hope for us in Syria."

Bushra is the face for the new Syrian migrant. She asked that her last name not be revealed to her safety. More Syrians are leaving their homeland, even though the civil war that raged for 10 years has ended and conflict lines have been frozen for many years.

They flee not from war's horrors that drove thousands of people to Europe in 2015's massive wave, but from the suffering of its aftermath. They are despairing of a bright future in their homeland amid poverty and destruction, continued hostilities, government repression, and vengeful attacks by multiple armed groups.

According to EU records, more than 78,000 Syrians applied for asylum in Europe this year. This is a 70% increase over last year. The largest single nation among the nearly 500,000 asylum seekers this year is Syrians.

The war has destroyed roads, telecommunications, hospitals, and schools, and imposed economic sanctions have made reconstruction difficult.

The worst economic crisis since 2011's war started was compounded by the coronavirus pandemic. Syria's currency has collapsed and the minimum wage barely covers five pounds of meat per month. While crime and drug production is on the rise, militias, supported by foreign powers, run smuggling rings and take control of entire villages and towns.

Despite the fact that numbers are still far lower than 2015's, desperate Syrians are still trying to escape. They can find help through social media. People ask where they can apply to work visas or scholarship visas. Some users want to know the most recent migration routes and costs of smugglers. They also want to know how risky it is to use assumed identities to escape Syria or to enter other countries.

Moreover, Syria's neighboring countries are also struggling with their own economic crises and calling for refugees to be returned home. Syrians are among the latest migrants to the EU, having fled Turkey and Lebanon where they have been refugees for many years.

This summer, Belarus temporarily opened its borders to migrants at the Polish border. This caused a standoff between the EU and Belarus President Alexander Lukashenko, who accuses him of orchestrating illegal immigration in retaliation to European sanctions.

Bushra was among the few thousand who made it through Belarus. 15 of them died on the way.

In late September, she left Irbil, Iraq to travel to Minsk.

This was the beginning of a difficult journey. Bushra described how the six survived on water and biscuits for days, and how they slept on one dry mat. Her friend lost a tooth due to the cold.

They had to hide in the ditch after the ordeal in the forest when they were stopped by a police team with sniffer dogs to inspect their vehicle. Bushra took off her head scarf while riding along the highway to avoid being stopped at checkpoints. On October 12, she reached Giessen.

Bushra stated, "I was surprised by all of this."

She said it was worth it. "When you lose faith, you will follow a path that is more dangerous than the one you started."

Bushra's life had been turbulent for many years in Syria. When the conflict broke out in 2011, Bushra was studying in Deir el-Zour, an eastern city. Anti-government protests erupted in the city. She moved quickly to another university further north. Soon, Deir el-Zour was taken over by Islamic State.

Bushra's parents lived outside IS control in the Kurdish-held northeast, but they still felt threatened by violence. For two years, she stayed in the same house almost every day.

She eventually found work with an international aid organization. She saved her money and began to look into possible routes out of Syria.

The war destroyed Syria's oil-rich northeast. This region had suffered years of neglect. The drought destroyed farmers' livelihoods. Incomes were destroyed by the currency crash. Bushra's father is a government employee whose salary has fallen to $15 per month from $100 at the beginning of the war.

The region was also not safe. While IS militants were defeated in 2019, the terrorist group was not secure. However, sleeper cells continue their attacks on civil administration and security personnel of Kurdish origin.

In a nearby town, eight kidnappings occurred this summer.

Bushra was threatened after she revealed corruption cases involving powerful local officials. She was forced to flee the country. Because her family is still in Syria, she declined to provide details.

She was harassed and she made plans to leave. Her parents were worried that she would be the only woman on this journey.

Bushra was concerned that the U.S. might also withdraw its 900 troops from Syria's Kurdish-administered north after the U.S. troop withdrawal in Afghanistan this summer. They are part of anti-terrorism operations and keep rival forces at bay.

She feared that Turkey could launch a military operation against the Kurds if they were to withdraw. Turkey considers the Kurdish-led Syrian forces terrorists. Bushra would be also at risk if the Syrian government forces moved in. They consider anyone who works with international aid groups that are not registered in Damascus to be traitors.

She said, "If I remain in Syria, security will pursue me all my life."

Her gateway to freedom is gaining asylum and residency in Germany.

She plans to study political science in order to better understand the news. She desires freedom of movement. She said, "I'm done with restrictions."

She said that it was impossible to go back to Syria. Bushra said that if she does not get her papers in Germany, she will continue to try.

"If I don't have the means to get there, I will find a way to live where I can."

1 EXPLAINER - Why Elizabeth Holmes' trial hinges... 2 Governor of the Philippines warns against looting,... 3 Dubai ruler to pay $700M to his ex-wife in divorce... 4 Live updates: The UK rushes for businesses affected... 5 NFL could be the leading example for COVID-19 testing... 6 There is no verdict in the Kim Potter trial for Daunte... 7 As the omicron variant gains ground in the US, virus... 8 Asian markets rebound from omicron selling-offs 9 After closings, the Ghislaine Maxwell jury begins... 10 NHL closes Wednesday-Saturday; 5 games postponed 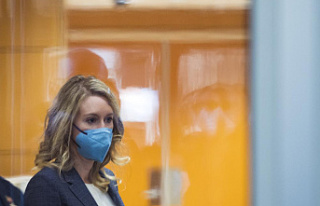