Daily cases of COVID-19 infections fall to 20,084, the lowest level in almost 3 months Daily cases of COVID-19 infections fall to 20,084, the lowest level in almost 3 months

Monday marked the 566th day since October 2020, when the country introduced the outdoor mask mandate. Monday was the first day that the mandate was lifted. The relaxed rules meant that both masked as well as unmasked people were seen on the streets of cities Monday morning, despite the fact that they were not required to wear masks.

Some people walked with their masks in hand, but only wore them when they boarded public transport. This was to comply with national quarantine regulations which still require masks to be worn indoors or enclosed spaces.

Some mask-wearing people may still believe the mandate is in effect despite the fact that Monday's news has not reached everyone. It could be that people need more time to feel at ease and show their faces, so the relaxed quarantine regulations are needed.

One passerby in Seoul wearing her mask said that she felt strange not having to wear it. She asked not to be identified by The Korea Times. "I feel like I have become so used to it that I was reluctant to leave the house without it." Before I decide to remove the mask, I will take some time to see what others have done.

A 39-year-old man, however, who was not wearing a mask, looked vibrant. He said, "I have been waiting for this day," as he walked to work in Seoul's Jung District. "I can see that many people still wear them, but I suspect they will eventually get rid of them." It's a shame that I don't have to wear it in my office.

According to the Korea Disease Control and Prevention Agency, Monday's outdoor mask mandate lift saw 2084 new COVID-19 infections cases. This is the lowest figure in almost three months, and it also marks the bottom of the downward trend that has continued for the past few weeks. Monday's total is markedly lower than the previous day's 37.771. The daily count has fallen to the 20,000s for the first time since February early.

Except for large gatherings of 50 people or more, the KDCA has removed the requirement for outdoor spaces. COVID-19 symptoms such as fever, sore throat, or cough, can be caused by old age, low immunity, chronic respiratory conditions, and people who aren't vaccinated must still wear masks outdoors.

When it is difficult to keep people at a distance of one meter, or in situations where saliva may be expelled from the mouths, mask wearing is still recommended.

Most of the social distancing restrictions were lifted in April, including those pertaining to private gatherings and business hours.

Officials from Korea Medical Association (KMA), Monday said that, despite the country taking a major step towards normalcy through the relaxed quarantine measure and the wearing of a mask for COVID-19-high-risk individuals is still a good idea.

One official from the KMA stated that just because they are no longer required to wear masks outdoors, it doesn't mean that they can relax about COVID-19.

Many people were still confused about the precise definitions of "outdoor space" and "indoor space", as there were many public areas that didn't fall under either one of these categories, such as open-air metro platforms. Experts have proposed a theory that it could be considered an outside space if there are spaces that are four sides and at least two sides open. This allows natural ventilation.

According to a KDCA official, indoor space will not be safe without masks for some time. He said that it would take a while before COVID-19 is deemed an endemic illness. According to the official, in order to fall under this classification, the ongoing contagious threats to the disease on a global level would need to be stabilized more than they are now, particularly in China. 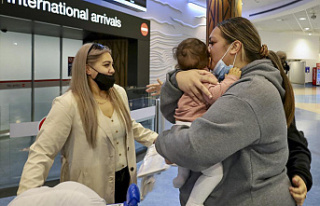