HONG KONG, (AP) -- Pro-democracy activists in Hong Kong were jailed and authorities have the power to expel those deemed unsuitable for office. 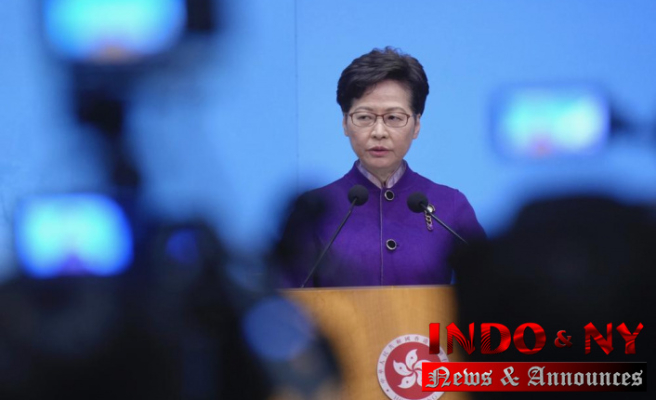 After laws were amended to make sure that only pro-Beijing "patriots could govern the city, candidates loyal to Beijing won the majority of seats in Sunday's election.

Carrie Lam, the leader of Hong Kong, said Monday that she was satisfied with the election despite the low turnout of 30.2% -- the lowest since 1997 when the British handed Hong Kong to China.

She said that "for registered voters, deciding whether or not they want to exercise their vote rights in a specific election is entirely up to them,"

1.35 million people voted in this election. They didn't just vote for LegCo candidates, but I believe it was also because they supported the improved electoral system," Lam said, referring specifically to the city’s Legislative Council.

Before they could be nominated, all candidates had to pass a pro-Beijing screening.

Lam stated that even though there was a high turnout due to "poor politics," such the political polarization in the 2019 period of political strife, that it is not something that we should be happy with.

Starry Lee, a pro-Beijing candidate for the Democratic Alliance for the Betterment and Progress of Hong Kong, stated that the 30% turnout was in line with "general public expectation."

Lee stated, "As I've mentioned before, it is a new system. This is a system we call patriots administering Hong Kong."

"This system is different from the one you had before, so it's impossible to compare them. People will need to adjust to the new system slowly, I believe.

The elections were criticized by the opposition, with the largest pro democracy party, the Democratic Party not fielding any candidates for the first time since 1997.

Zhao Lijian, spokesperson for China's Foreign Ministry, stated that there are "multiple reasons" why voter turnout has declined.

Zhao stated that it was not just the pandemic's impact, but also disruption and sabotage by anti-China elements in Hong Kong as well as external forces at daily briefings.

Many overseas pro-democracy activists including Nathan Law from London urged the boycott of the vote. They claimed that the election was undemocratic. The new election laws provide that inciting to boycott or cast invalid votes can result in up to three years imprisonment and a fine of 200,000 Hong Kong dollars ($26,500).

The foreign ministers from Australia, Canada, New Zealand, Britain and the United States released a joint statement by Antony Blinken, U.S. Secretary for State. They expressed concern over the loss of democracy in Hong Kong and increasing restrictions on speech and assembly.

They stated that "Protecting space to peaceful alternative views is one of the best ways to ensure stability and prosperity in Hong Kong."

Lam stated that she believes working with the 90 legislators will prove to be "very exciting", as they all have different views on many social issues.

Lam was scheduled to fly to Beijing on Monday as part of a duty-reporting mission. She says her goal is to provide a complete account to Beijing about the current political and economic conditions in Hong Kong.

She stated that she expected to cover a broad range of topics on this duty visit since Hong Kong has now returned to the track of "one country, two system" after two decisive acts by the central authorities.

1 Peng Shuai reveals to paper that she has never written... 2 RAFAH (Gaza Strip) -- Every month hundreds of trucks... 3 Low-income shoppers are hit hard by inflation as holiday... 4 German hospital gets an edge with military in combating... 5 Israel will ban travel to the USA and Canada due to... 6 After historic win, Leftist millennial promises to... 7 In Elizabeth Holmes' case, jurors begin to weigh... 8 North Korean defectors pray for the resettlement of... 9 NBA delays 5 more games; Young and Vogel enter protocols 10 Schools offer therapy-based programs to help 'overwhelmed... 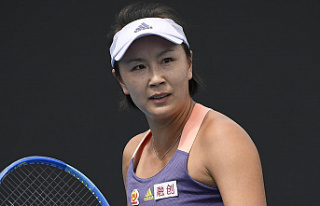 Peng Shuai reveals to paper that she has never written...