Governor of the Philippines warns against looting, even without typhoon assistance

MANILA (AP) -- Tuesday's radio interview with the governor of a central Philippine region devastated by Typhoon Rai was a plea for help. He warned that without outside assistance, soldiers and police would be required to stop looting and hunger. 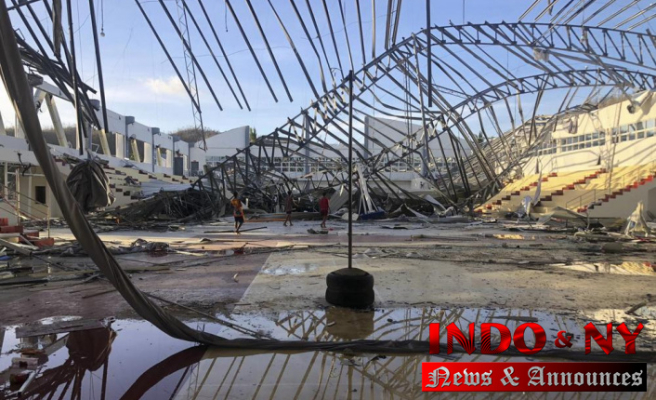 Bohol's Governor Arthur Yap stated that he couldn't secure rice or other food aid because his contingency fund ran dry. He also said that many of the island's 1.2 million residents, who were still without power and cell phone service five days after the typhoon hit, are now more desperate.

Officials say that the most powerful typhoon in Philippine history left at least 375 people dead and 50 others still missing in the central region. Bohol was also hit by it.

Rodrigo Duterte, President of the Philippines, visited Bohol this weekend to witness the devastation. Yap stated that the social welfare department of the government promised 35,000 food packages, which is not enough for the 375,000 families in the province. However, even those packs have yet to arrive.

Yap, in an interview with DZBB radio, thanked Duterte and said that he would not send money to buy food. However, he stated, "You should send soldiers, police, and soldiers because if you don't, lootings are going to break out here."

Yap stated that there have been some lootings of small merchandise shops, but the situation was under control. Yap warned that looting could escalate if the situation becomes more dire, particularly in difficult-hit islands municipalities. He said that people cannot withdraw money without power and cellphone connectivity, and that fuel and water shortages have created long lines.

The national police stated that looting was not an issue in the typhoon-ravaged areas and they are ready to handle any lawlessness.

Typhoon Rai sustained winds of 195 km (121 miles) an hour, with gusts up to 270kph (162 mph) at its worst before it blew out into the South China Sea. According to the national police, at least 375 people died in flash floods and falling trees, while 56 others were missing and 500 were injured. The death toll could rise as emergency crews restore power and communications to more villages and towns.

Nearly one million people were affected by the Typhoon. More than 400,000 had to be evacuated to shelters as the storm approached. While some have returned home, others are still in dire need of major repairs or lost their homes completely.

Officials Monday said that emergency crews were working to restore power in 227 towns and cities. They also stated that power has been restored in 21 of these areas. Cellphone service has been restored in at most 106 of the 130 cities and towns. The civil aviation agency stated that two local airports were closed Monday, except for emergency flights. However, most other locations have reopened.

Duterte stated that government emergency funds were mostly used to combat the coronavirus pandemic, but he promised to raise 2 Billion Pesos ($40 Million) from savings of government agencies to help typhoon-stricken provinces.

Although the Philippines has not requested international assistance, Japan stated that it would send power generators, camping tents and sleeping pads to disaster-stricken areas, while China said it would provide 20,000 food packs as well as rice.

The Philippines is a victim of about 20 tropical storms or typhoons each year. It also lies in the seismically active Pacific Ring of Fire region. Here earthquakes and volcanic eruptions are common, making it one of the most disaster-prone nations in the world.

1 Dubai ruler to pay $700M to his ex-wife in divorce... 2 Live updates: The UK rushes for businesses affected... 3 NFL could be the leading example for COVID-19 testing... 4 There is no verdict in the Kim Potter trial for Daunte... 5 As the omicron variant gains ground in the US, virus... 6 Asian markets rebound from omicron selling-offs 7 After closings, the Ghislaine Maxwell jury begins... 8 NHL closes Wednesday-Saturday; 5 games postponed 9 Jan. 6 panel requests records and interview from Rep.... 10 Omicron sweeps the nation; 73% of all new US COVID... 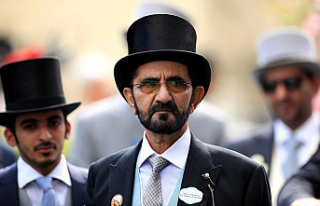