EXPLAINER - Why Victory Day in Russia this year is so different

On Monday, Ukraine's invasion will mean that less Russian tanks and military hardware will be rumbling through Moscow's Red Square. 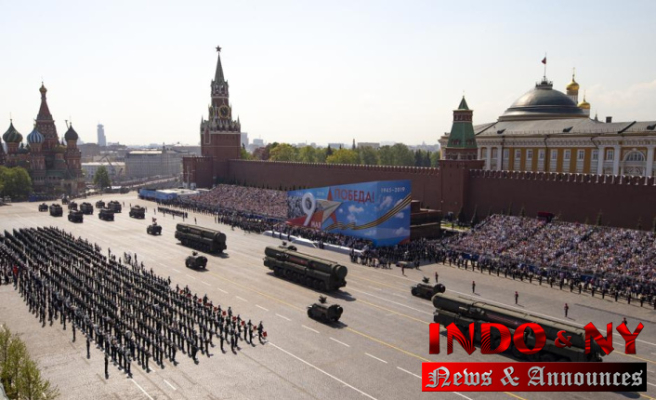 On Monday, Ukraine's invasion will mean that less Russian tanks and military hardware will be rumbling through Moscow's Red Square. This is when the country celebrates its victory over Nazi Germany during World War II. However, the patriotic fervor associated to this sacred holiday could be just as strong as ever.

The Victory Day this year will not only honor a conflict that ended more than 77 years ago. Many Russians will think about the thousands fighting in Ukraine. Since the invasion started Feb. 24, signs of support have increased across the country with the letter Z appearing on billboards, subway signs, television, and social media.

The Kremlin has not called the fighting in Ukraine a "war," but instead called it a special military operation.

In World War II, the Soviet Union lost 27 million people. It calls it the Great Patriotic War. This conflict caused great suffering in both the cities and the countryside and left a lasting scar on the nation's psyche.

Victory Day is an important event in Russia's divided post-Soviet past that is highly revered by all political actors. The Kremlin used this sentiment to promote patriotic pride and emphasize Russia's global role.

Annual celebrations include a huge military parade on Red Square, which showcases the latest armaments, from tanks to fighter jets and nuclear-tipped intercontinental missiles.

The parade's weapon display has been drastically reduced from last year due to the heavy military involvement in Ukraine.

Putin ordered the invasion declaring that it was aimed to "demilitarize" Ukraine in order to eliminate a perceived threat to Russia from "neo Nazis". This rhetoric has been condemned by Ukraine and Western countries as a fictitious cover to an aggressive act.

Putin and his officials tried to support the claim by pointing to the praise of the right-wing Ukrainian leaders Stepan Bandera, and Roman Shukhevych for their support of the Nazis during World War II, and their use of Nazi symbols.

In spite of heavy losses in troops and equipment, the Kremlin used the rhetoric to boost public support for war.

Volodymyr Zelenskyy (a Ukrainian president) has criticized the Kremlin's "denazification” claim. He is also Jewish. Sergey Lavrov, Russian Foreign Minister, retorted by drawing a parallel between Zelenskyy's and Adolf Hitler - a statement that has been sharply criticized in Israel.

DO YOU RUSH THE OFFENSIVE

Many in Ukraine and the West believed that Putin would try to make quick gains prior to the May 9 holiday to show it as a victory and to use it to exit what is becoming a dangerous quagmire, which threatens Russia's stability and drains its resources.

After an unsuccessful attempt to storm Kyiv, and other large cities in Ukraine's northern region, in the early stages, war, the Kremlin now focuses its attention on the eastern industrial heartland, known as the Donbas. Since 2014, Russian-backed rebels have been fighting Ukrainian government troops. This conflict broke out weeks after Russia annexed Ukraine's Crimean Peninsula.

In an apparent attempt to destroy and surround the most skilled and experienced Ukrainian troops, the Russian military has rearmed its forces withdrawn in Kyiv and moved them into Donbas.

However, the offensive in the east was met with staunch Ukrainian defenses. It made only incremental progress and drained Kremlin hopes of a quick victory. Prior to May 9, significant gains seem almost impossible.

Lavrov stated this in an interview this week: "Our military won't artificially link our action to any date except Victory Day."

Russian hardliners have criticised the Kremlin's use of a small force, and called for a national mobilization effort. Some Western observers and officials believe Putin could use May 9th to declare war and to announce a total mobilization to increase troop numbers in an offensive.

"He's been rolling out the pitch, laying groundwork for being able say, 'Look. This is now a battle against Nazis and what I need are more people," British Defense Secretary Ben Wallace said to LBC Radio last Wednesday.

Russian authorities claim that only contract soldiers were fighting in Ukraine. However, many conscripts were held prisoner during the initial stages of the war.

Russia has approximately 1 million military personnel, 400,000 of which are contract soldiers. There are 147,000 ground troops. Officials from the West estimated that Russia's initial invasion force strength was around 180,000.

As of March 25, the military had lost 1,351 soldiers and has not updated its casualty figures since. Officials from the West have claimed that Russian losses were more severe and suggested that as much as a quarter of Moscow’s initial attacking force may have been rendered unfit for combat.

If the war drags out, the Russian troops in Ukraine may not be able to support the operations. The Kremlin could have to rely upon poorly trained conscripts, or call up reservists.

The Kremlin must choose between winning the war with a small force or trying to boost its troops in Ukraine by recruiting draftees and reserveists. This move could cause public outrage and possibly destabilize the political system.

1 Hong Kong reopens beaches, Beijing relaxes quarantine... 2 Israel plans restrictions to tighten its grip on West... 3 Nearly 6 days after China's collapse, Survivor... 4 Europeans weigh the costs of Russian energy being... 5 Foreign economies will be affected by rising interest... 6 President declares disaster in New Mexico wildfire... 7 Trump loyality versus infrastructure in W.Va. House... 8 What next for the investigation into the Supreme Court... 9 Advocates fear for other rights if Roe is overturned... 10 Asian stocks rise after Fed chair downplays bigger... 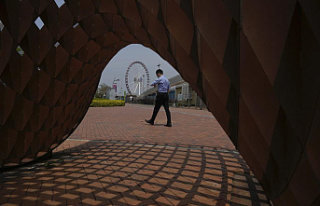