An unstable partnership in Iraq attempts to stop IS revival 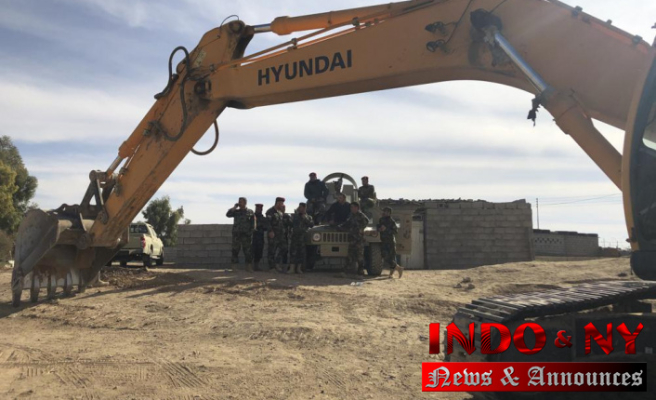 Baghdad's Kurds and the Iraqi government are working together to end the Islamic State group's resurgence despite a long-standing territorial dispute.

The next chapter in Iraq's war against IS will determine if the fragile security partnership can be sustained. Both sides agree that they need the Americans to keep the country together. This is why the U.S. military presence is still present in Iraq despite the fact that its combat mission officially ends Dec 31st.

This month marks four years since IS was declared defeated in Iraq. The rivalry between Baghdad, the Kurds, opened up cracks through the which IS crept back. A long, disputed area snaking through four provincials -- Nineveh Kirkuk, Salaheddin, and Diyala -- were IS forces could not enter. The zone could stretch up to 40 km (24 miles) in some areas.

Lheiban is located in one area of the zone. A recent wave of IS attacks threatened the evacuation of the area's residents, mostly Kurds. To better police the area, Iraqi troops are now working with the peshmerga to establish joint coordination centers.

Capt. Nakib Hajar is the head of Kurdish peshmerga operations within the region, using the Arabic acronym IS. He said that "we are coordinating... It all starts here in this village.

Helmet Zahir, like all Lheiban residents, is tired. The cement factory worker used to spend the night on the roof, with his wife and children inside, while waiting for his rifle.

The only oil company in the vicinity with thermal night vision, security personnel would signal when they saw IS militants moving down Qarachok Mountain range towards Lheiban.

Zahir and other armed residents were able to stop them.

"We were left. He said that the peshmerga was one side and the Iraqi army was on the other. "We were abandoned."

Many of the village's inhabitants, who are mostly Kurds, fled after a recent spate of attacks on the village. There were three in the first week alone of December. In the relative safety of the Kurdish north, Zahir and his family moved to Debaga.

Lheiban once had 65 families but now only 12 remain, according to village mukhtar Yadgar Karim.

Peshmerga and Iraqi troops moved into the village on Dec. 7. They had plans to coordinate their efforts in other disputed areas. Officials from Kurdish hoped that this would encourage villagers to return. It is crucial to maintain a Kurdish population within the region.

Zahir isn't convinced. He said, "I came to inspect the situation but I am too afraid of returning."

The positions of the peshmerga are located all along the Qarachok mountain ridge. They don't have the orders to stop IS militants crossing on to attacks or raid IS positions, explained Col. Kahar Jawhar.

The militants also move at night using tunnels and hiding inside caves. Furthermore, the key equipment of the peshmerga, including night vision, is not available.

Jawhar stated, "That's why IS can terrorize residents because they can't see us."

Talks to re-establish the Iraqi army and peshmerga joint coordination centers began more than two years ago but were thwarted by deep mistrust and disagreements over how to control.

Talks were restarted under the current Prime Minister Mustafa al-Kadhimi. This opened the door to an agreement for six joint coordination centers in Baghdad and Irbil as well as across the disputed area.

Kadhimi also agreed that two joint brigades would be established to carry out anti-IS operations. However, this will need to be approved by Baghdad's Finance Ministry. Hajar Ismail is the peshmerga head for relations with the coalition.

From 2009 to 2014, Iraqi and Kurdish forces provided joint security in northern provinces like Ninevah and Kirkuk. The arrangement was ended by the fall of the Iraqi Army during the IS attack of 2014.

The Kurdish authorities were able to consolidate control over Kirkuk, and other disputed areas, and even developed oil fields and conducted an independent export policy, much to the fury of the federal government.

Baghdad launched a military operation to retake these areas in October 2017, after Iraq declared victory over IS. The relationship soured when Baghdad cut budget allocations for the Kurdish area, making it unable pay workers in the public sector and owing oil companies debts.

According to federal officials, Baghdad was reluctant to resume security negotiations partly because of political optics in Baghdad, where many Shiite parties were deeply distrusful of Kurdish intentions.

Popular Mobilization Forces is a group of Shiite militia groups that are close to Iran. They have opposed joint patrols by the peshmerga. In many areas of the disputed zone, the PMF has a strong presence.

The PMF has so far been surprising quiet regarding the new joint arrangement as it deals with a catastrophic loss in the federal elections earlier this month.

Zmkan Ali is a senior researcher at Sulaymaniyah's Institute of Regional and International Studies.

A common friend has been a key to improving coordination: the U.S.

Officials from Iraq and Kurdish said that the U.S.-led coalition was crucial in bringing the parties to the table.

Jawhar, a Qarachok-based peshmerga, stated that they played an important role in coordinating with us, the Iraqi side, and other parties. "Without them, we wouldn’t be able to speak. They wouldn’t come here and we wouldn’t go there."

Both sides insist that they still need the Americans for this role.

Months ago, U.S. troops stopped directly participating in combat against IS and have been training and advising troops. This role will continue after the combat mission officially ends on December 31.

Other ways are also critical for the U.S. presence. Despite ongoing budget disputes with Baghdad, the Americans pay many of the peshmerga fighters' salaries. According to Ismail, approximately 45,000 peshmerga personnel are paid salaries with $240 million in U.S. funds. 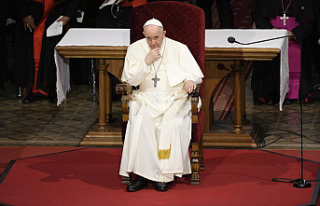