After school massacre, protest roils and NRA meeting in Texas

They took to the stage at the National Rifle Association annual convention, and condemned the killing of 19 elementary school students and two teachers in the state. 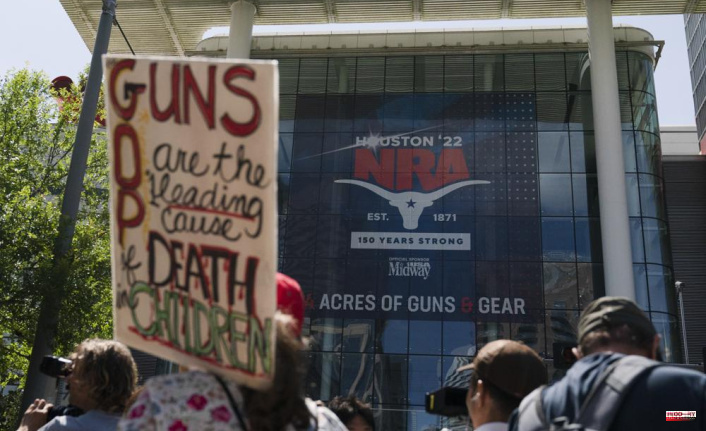 They took to the stage at the National Rifle Association annual convention, and condemned the killing of 19 elementary school students and two teachers in the state. They insisted, one by one that the solution was not to change U.S. gun laws and further restricting firearms access.

Ted Cruz of Texas, one of the Republican leaders who lined up before the gun rights lobbying organization on Friday was quoted as saying that "we must not react to evil or tragedy by abandoning our Constitution or infringing upon the rights of law-abiding citizens." Hundreds of protestors were outside demanding justice for gun violence.

In his remarks, former President Donald Trump called for "drastically changing the nation’s approach to mental illness" and "a top to bottom security overhaul at all schools in this country." He also dismissed calls to disarm gun owners.

This gathering was held just three days following the shooting at Uvalde. It also came after it emerged that the gunman had repeatedly called 911 from a classroom where students were trapped. One student pleaded "Please send the cops now" while officers waited in the hallway for over 45 minutes.

According to the NRA, convention attendees were to "reflect" on the incident and "pray for the survivors, recognize our patriotic personnel and renew our commitment to make our schools safe."

Wayne LaPierre, chief executive of the group, opened his remarks by lamenting that "Twenty-one beautiful live were ruthlessly and inexcusably extinguished" by a criminal monster.

He said, however, that "restricting fundamental human rights for law-abiding Americans to protect themselves is not an answer." It has never been."

Later, hundreds of people in the auditorium bowed their heads and observed a momentary silence in memory of the Uvalde school shooting victims. Many empty seats were seen.

After a two year hiatus due to the pandemic, this meeting marks the return of the organization's troubled past. After a period of severe legal and financial turmoil, which included a failed bankruptcy attempt, a class-action lawsuit and a fraud investigation conducted by New York's Attorney General, the organization is trying to rebuild. The NRA was once one of the most influential political organizations in the United States, but its influence has declined due to a substantial drop in political spending.

Some speakers and performers were unable to attend the event. This included several Texas legislators and Don McLean (American Pie) who stated that it would be "disrespectful" for him to continue with his act following the latest mass shooting in the country. Texas Lieutenant Governor. Dan Patrick stated Friday morning that he decided not to speak at the event breakfast following "prayerful consideration" and discussions with NRA officials.

1 Legislative elections. Large population gaps exist... 2 Environment. An orca in the Seine: She is condemned... 3 Texas shooter discovered gaps in Texas' school... 4 Texas school attack survivors describe the scene 5 Months before prosecutors, Governor was seen in a... 6 Ukraine fears a repeat of the Mariupol horrors in... 7 In the Trump-Russia probe, deliberations are underway 8 Iran seizes two Greek tankers in Persian Gulf, as... 9 Wall Street ends a 7-week losing streak, the longest... 10 McCarthy and GOP lawmakers escalate standoff to Jan.... 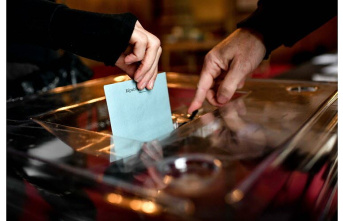