OSAKA (Japan) -- 24 people were killed in a fire at a mental clinic on the fourth floor of an eight-story Osaka building. The incident happened Friday in western Japan. Police are investigating whether it was arson or murder. 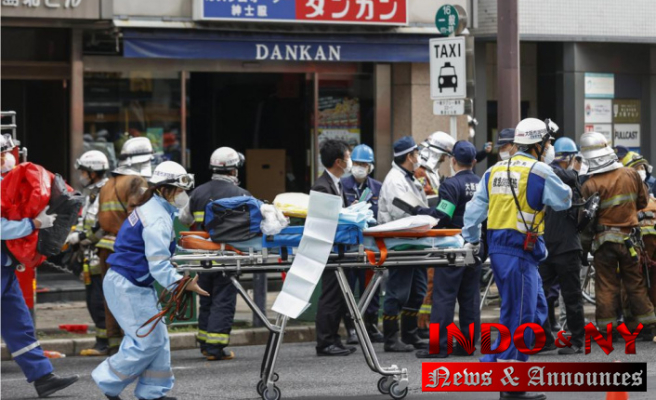 Witnesses saw a man aged between 50 and 60 carrying a bag made of paper from which a liquid was dripping. A police investigator stated that he was not authorized to speak with the media and said that he could have been one of the 24 people who died, or was one of three people who were resuscitated but are still in serious condition or fled.

Akira Kishimoto, an Osaka fire official, stated that 27 people were in cardiac arrest when firefighters reached the building in Kitashinchi's major shopping, entertainment, and business area.

He said that one woman was conscious after being brought down from the sixth floor by an aerial ladder. She was currently being treated at a hospital. The fire department reported that 24 people were declared dead later Friday.

Japan's authorities use the term "shinpai-teishi" to describe people without vital signs. They don't confirm deaths until they have been pronounced at hospitals or other required procedures.

One doctor who treated the victims at the hospital said that he believes many died from carbon monoxide inhalation because they had suffered only minor injuries. The police said that the cause of death could not be established until autopsies were performed.

Client said that the clinic was very popular with 15-20 people waiting. This was especially true on Fridays, when special counseling and programs were offered for those returning to work after a sick leave.

Nippon Television reported that authorities are looking into the possibility that smoke filled the floor so fast that victims couldn't escape.

Even though it was Friday night, people still gathered outside the building to get a glimpse at the scene that firefighters and police officers were investigating.

Yuji Uehara works in finance and said, "I haven’t heard about the cause but it shocks me and wonders why someone would do that." "I offer my condolences also to the victims."

This building is home to the English language school, a mental and internal medicine clinic and other businesses. Fire officials stated that most of the victims were visitors to the fourth-floor clinic.

Osaka police stated earlier that they were investigating whether the fire was arson. Later, they set up a team at Osaka's prefectural police headquarters. This is a sign that they strongly suspect arson or murder.

NHK reports that a female patient at the clinic's reception saw the man being pursued by police. A witness nearby stated that the fire started shortly after the man placed the bag with the leaky contents next to the stove and kicked it. More liquid was pouring out.

NHK reported that Kotaro Nishizawa (the clinic's psychiatrist) was unable to be reached after the fire. His father said that the doctor had hinted at problems at the clinic, but didn't elaborate.

Fire officials stated that people on the other floors were evacuated.

NHK reported that a witness said she heard a woman calling for help from the fourth floor. TV Asahi was also told by another witness that he saw smoke and flames coming from the fourth-floor windows when he went outside to investigate a noise.

Officials said that 70 fire engines were used to extinguish the flames.

An attacker broke into the Kyoto Animation studio and set it ablaze in 2019. This incident resulted in 36 deaths and more than 30 injuries. Japan was shocked by the incident, which drew a huge outpouring from anime fans around the world. The incident, which occurred in Tokyo's Kabukicho entertainment area in 2001, saw 44 people killed in an intentional set-blaze. It was the worst case of arson in Japan.

1 Omicron is a common way Christmas revelers avoid celebrating. 2 Australia remembers the child victims of the bouncy... 3 Across services, troops face discipline for refusing... 4 Manchin stands alone in stopping Biden's agenda... 5 Chiefs win 34-28 over Chargers thanks to Kelce's... 6 NKorea calls on unity to mark the anniversary of Kim... 7 Fears of COVID-19 thwart holiday season hopes -- again 8 The Secret Behind Miss America's First Ever Pageant... 9 "The King's Man" Is Fun if You Turn... 10 Is Morbius MCU or not? 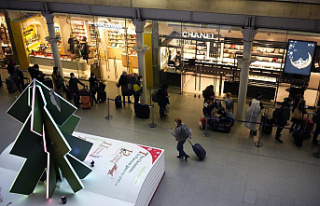