Spain declared Friday a "new stage" in tensions with Morocco. 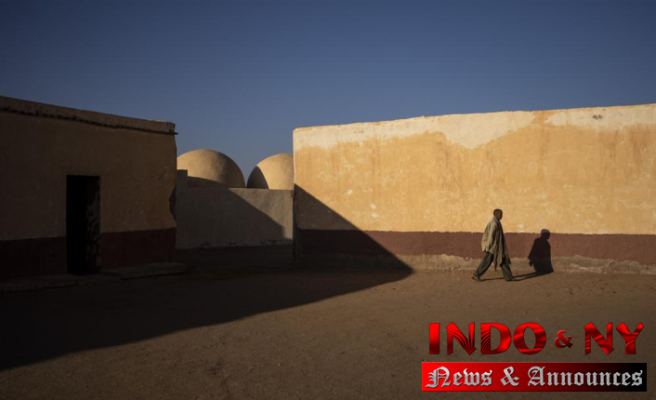 The Spanish prime minister wrote to Morocco's king and agreed that Western Sahara autonomy under Rabat's control was the best, most realistic, and most credible approach for resolving the decades-old dispute over vast African land.

This marked a significant departure from Spain's previous stance that Morocco's control over Western Sahara was an occupation. This shift came after months of frosty diplomatic relations that led to the announcement by Spanish officials of a series of visits to their southern neighbor.

It also led to disputes within Spain's leftist-to-center government coalition.

Even after Spain's 1975 abandonment of its African province, the United Nations continued to consider Madrid the colonial administrative authority for Western Sahara. The official position of the Spanish government, as well as the European Union's , has been to support a U.N. sponsored referendum to settle the territory’s decolonization.

According to a statement from Morocco's royal palace, Pedro Sanchez, the Spanish Prime Minister, acknowledged "the importance" of the Sahara issue to Morocco in a letter addressed to King Mohammed VI.

Sanchez, a royal palace spokesperson, stated that Spain considers the autonomy proposal presented by Morocco in 2007 the basis for resolving the dispute.

He said that "Today, we start a new phase in our relations with Morocco" and that he was closing a crisis with a strategic partnership. He said that the new chapter was based on mutual respect, compliance to agreements, transparency, permanent communication, and the absence of unilateral actions.

After Spain secretly received the leader of the Polisario Front for medical treatment, relations between Spain and Morocco fell to a historic low. This Front has been responsible for many Saharawis' yearning for independence.

However, when the Spanish government and media reported Brahim Ghali's presence, Rabat permitted 10,000 people to cross into Ceuta (a Spanish city located on the coast of North Africa). This led to an unimaginable humanitarian crisis. Morocco also recalls its ambassador to Madrid, but has not reinstated her.

Abdulah Arabi from Spain represents the Polisario. He said Sanchez succumbs to the "pressure and blackmail" of Morocco by paying "a price" to repair their diplomatic and political ties. He stated that having Western Sahara become independent under Morocco is just one option and should be decided in a referendum.

Arabi stated that the solution must be based upon the vote of the Saharawi people.

Around 176,000 Saharawi live in five refugee camps located on Algerian soil east of Western Sahara. They are in a hot desert many consider to be no man's land. They depend on international aid agencies for humanitarian assistance and goods, as well as humanitarian aid.

Their frustration after three decades of being in limbo led them to end a cease-fire and new hostilities with the Polisario forces.

Morocco broke off the agreement to hold a vote for Western Sahara in 2007 when it proposed greater autonomy under its sovereign. Rabat has been gaining support by increasing its influence in keeping North African extremism at bay and controlling the flow African migrants towards EU. It was first supported by France. Then, in late 2019, the United States, under former President Donald Trump and from Germany, followed by Rabat.

The vast phosphate deposits of Western Sahara are surrounded by rich fishing areas in the Atlantic Ocean . Many thousands of Sahrawis are living in Moroccan-controlled areas. Human rights groups say authorities maintain tight control over dissent.

Algeria, an old supporter of the Polisario, has been more assertive in its criticisms of Morocco. severed diplomatic ties to Rabat last year.

Albares, Spain's foreign minister, was invited to meet in Rabat this month. Officials were also planning a visit from Sanchez, according to the Moroccan ministry for foreign affairs.

The Spanish government said that it welcomed the invitations. It also stated that it would face "common challenges” with Rabat "especially cooperation in managing migratory flows throughout the Mediterranean and Atlantic."

According to the Moroccan royal palace Sanchez stated that Spain's goal was "to act with absolute transparency that corresponds with a great friend or ally."

Sanchez, the leader of Spain's Socialists has been in charge of a fragile coalition along with the far-left United We Can party (Unidas Podemos). The two parties often disagree over their views on feminism and social spending.

Soon after Morocco's announcement was made, Yolanda Diaz (Deputy Prime Minister) tweeted that the most prominent leader of the junior partner was "to the defense and the resolutions by the United Nations Security Council."

Diaz stated that any solution to the conflict must be based on dialogue and respect for Saharawi people's democratic will.

1 World wildlife conference: Focus on iconic African... 2 P&O Ferries' mass firing of UK crew members... 3 Turkey creates a massive bridge connecting Europe... 4 As Duke closes the Spartans, Coach K continues his... 5 After a 71-61 victory over Ohio State, Villanova is... 6 Red Sox sign Rockies' SS Trevor Story to play... 7 Video of cop kneeling at Wisconsin student's... 8 US push for hypersonic weaponry is backed by Ukraine... 9 Black girls are first, but not the last: They see... 10 Students shaken by Ukraine are soothed and rallied...

As a reward for its pandemic work, a Welsh company has taken its entire staff on vacation. Travel in the pandemic: Cruises to nowhere are a real hit in Singapore
BREAKING NEWS HEADLINES