Zverev's message about his injury

One of the images of this Roland Garros will forever be that of Alexander Zverev enveloped in cries of pain after spraining his ankle. 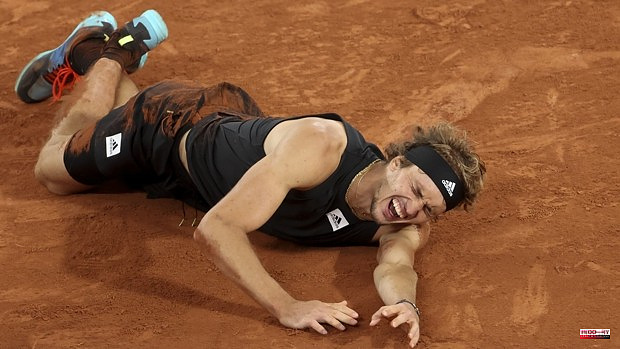 One of the images of this Roland Garros will forever be that of Alexander Zverev enveloped in cries of pain after spraining his ankle. It was the semifinal of the tournament, played against Rafael Nadal and there could not be more tension on the court, the match tied at 6 in the second set and the tie break was about to begin.

But he went for a ball and that's where his ankle stayed, his illusions, the possibility of recovering the score because he was playing a great game against the Balearic Islands. He left in a wheelchair, returned eight minutes later on crutches, just to say goodbye to Nadal and Philippe Chatrier. There, he embraced respect with the Balearic, who knows very well what it is to go through a delicate moment with an injury.

Nothing came of Zverev's injury during the night, the German focused on medical tests to assess the injury. Nor did Nadal explain it, of course, who pointed out that he was not the one to talk about these issues and that Zverev was the one. And the 3 of the world wanted to inform his followers of the situation, through a message on Instagram, late at night:

Hello, it was a very difficult moment for me on the track today. Honestly, it was being a fantastic game until what happened what happened. Looks like it's a pretty serious injury. With the team and the doctors we are analyzing the tests and I hope to inform you as soon as we know something more. I'll let you know as soon as we know.

And Rafa... Incredible for Rafa to have reached his fourteenth final. I hope that he can finish the road and continue making more history."

1 Bal: "If we are forced to vote against the labor... 2 Igea will be participating in the Castilla y Leon... 3 Experts worry about UNESCO guidelines changes as countries... 4 Do you want to learn Italian? You might be able to... 5 Madrid vibrates with the Rolling Stones 6 "Veleficuento" returns to share the love... 7 We are able to discover the secrets of simple grains... 8 The first cell atlas of a monkey's body opens... 9 The future of the railways around the world: Faster,... 10 Aleix Espargaro strikes at home 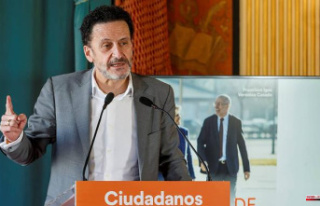 Bal: "If we are forced to vote against the labor...