Why is the Roland Garros trophy called the 'Musketeers Cup'?

It is the cup that everyone wants to take home. 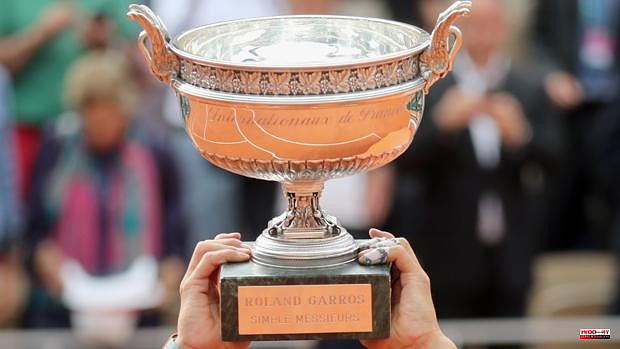 It is the cup that everyone wants to take home. The Roland Garros trophy is one of the most precious, and all tennis players dream of saying they have won the 'Musketeers Cup'. Although this name is more than widespread, many people still wonder why this name.

Its origin dates back to nothing more and nothing less than 1927. The United States unquestionably dominated the Davis Cup, winning it consecutively between 1920 and 1926. But defeat had to come at some point. And the end of this hegemony was taken care of, as history demands, by four Frenchmen.

René Lacoste, Henri Cochet, Jean Borotra and Jacques Brugnon were the authors of the feat before the almighty Americans.

An unforgettable victory for France and that the Roland Garros organization wanted to maintain over time by naming its trophy the 'Musketeers' Cup', in honor of these four tennis players, with a nod to the legendary literary characters of Alexandre Dumas: Athos, Porthos, Aramis and d'Artagnan.

In fact, Lacoste, Cochet, Borotra and Brugnon are some of the French tennis players who have written their names on the list of winners at Roland Garros, winning a total of ten trophies between the four of them.

As if this commemoration were not enough, each of these four players has a statue in his honor around the central court, the Philippe Chatrier, whose four stands also bear the name of the four winners of that mythical Davis Cup in 1927 .

1 Abascal warns PP "Either you govern together... 2 They judge a promoter who deceived the public throughout... 3 The Minister of Health: «The Ministry has the key... 4 Nick Cave, black magic at Primavera Sound 5 Due to potential listeria, cheeses from 9 states have... 6 Biden's beach home in Delaware was the subject... 7 Two arrested in Toledo after leading a brawl on the... 8 At least 32 dead and 450 injured in Bangladesh by... 9 Roland Garros Trophy: what is it called, what is it... 10 Barcelona meets again with the Tast on the Rambla 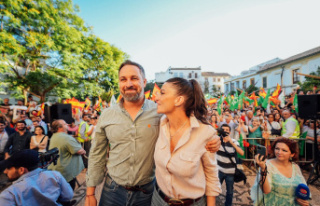 Abascal warns PP "Either you govern together...