Why does Carlos Sainz have a frustrated gesture on the podium?

The photograph of the last Formula 1 Grand Prix generated a certain stupor among Spanish fans, who eagerly await the first victory of a national driver in the World Cup. 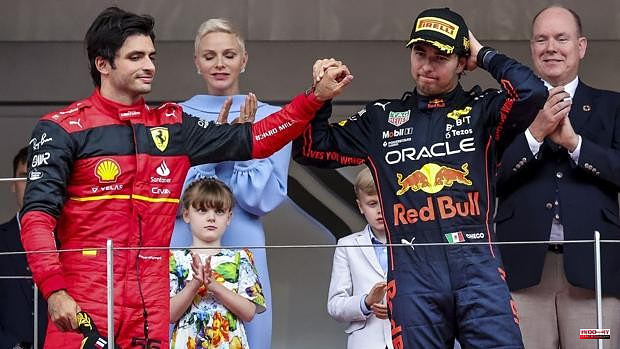 The photograph of the last Formula 1 Grand Prix generated a certain stupor among Spanish fans, who eagerly await the first victory of a national driver in the World Cup. Except for a major surprise, only Carlos Sainz is in a position to complete this work, due to the competitive solvency of the Ferrari and because Fernando Alonso's Alpine is currently not enough to undertake this task. Sainz was frustrated on the podium in Monaco, an emblematic race, the most popular of all, the largest audience in F1, always unique formulas by the yacht port. The man from Madrid had a very stern face, as if desolation had seized him for not achieving that first victory in F1.

He was second in the Principality, another podium, the tenth of his career, but the Spaniard did not enjoy it despite his brilliant initiative in correcting his team's tire strategy. He did not enjoy it, at least in his gestures and in his statements. A metric that begins to be a constant.

“I did everything that had to be done. I was patient on the wet tyres, then before switching to the dry... but staying behind a lap cost me the win. You can understand the frustration, because a good lap coming out of the pit would have given me victory," said the Ferrari driver, who is already in Baku (Azerbaijan) for this Sunday's race.

All the people who know Sainz first-hand agree on two traits of his personality, self-demand and toughness. Self-demand as a personal imposition to always give the maximum or a little more. And hardness understood as a stony character, little or nothing affected by the impressions of the outside or the judgments of the critics. There is a third synchronicity: the driver from Madrid has learned the profession and its ramifications in his own home, thanks to the behavior of his famous father, world rally champion and pioneer of Spanish sport.

"Carlos doesn't demand much, a lot, it has always been like that," Borja Ortiz, former manager of the pilot who accompanied him from the lower categories to Formula 1 and the Toro Rosso team, told ABC. He knows that he could give a lot more, but he doesn't have total confidence with the car to be where he needs to be. It's a matter of time. And he will get where he wants because he is conscientious and hard-working ».

From one year to another

Last year Sainz beat his teammate at Ferrari, Charles Leclerc, and in his debut he maintained a portentous regularity: he finished all the races and only in two did he not finish in the points. However, this course has had a very irregular start, with some bugs that have cut off its progression. The driver attributes it to the lack of chemistry with the car, which has totally changed its structure and design due to the new technical regulations. He's the least bright version of himself since he's been a passenger in F1. "I'm still trying to find my rhythm," Sainz said before the race in the Principality of Monaco.

“He should enjoy the situations that are offered to him more. Sometimes he seems very frustrated," commented Pedro de la Rosa during the broadcast of the race in Monaco. But nobody can get Sainz out of his head that ambition to win a grand prix, the only remedy for his aspirations after eight seasons in F1, 147 grand prix, four teams, 10 podiums, one fastest lap and 619 points.

“Carlos is a rock, he has a very strong character and comments will not affect him. The proof is that he has renewed with Ferrari », points out his cousin and current manager, Carlos Oñoro Sainz. The man from Madrid announced the extension of his contract with the Italian team until 2024 on April 21. Team manager Mattia Binotto praised him. "Outside the car he is a tireless worker and attentive to the smallest detail, which has helped the entire group to improve and progress."

"As soon as you get the flow with the car, you will enjoy it as you did after last summer driving the Ferrari," says Borja Ortiz. Those of us who know him have already experienced this situation before. The GP3 year was also very difficult from the beginning and then it came back. Quite the opposite of when he competed in the World Series. From the first day at the Alcañiz tests, he loved the car, the wheels, everything. He was riding for the French team DAMS and he swept the championship, from the first day to the last ».

The antecedents indicate that Sainz is not going to pose any problem of coexistence at Ferrari with Charles Leclerc (116 points to 83 for the Spaniard) or with the team's management. He did not do it when he debuted with Toro Rosso and the team's leadership made it clear that his favorite was Max Verstappen, current world champion. Neither did he in the disputes with Hulkenberg at Renault or in the duels he had with Lando Norris at McLaren. Today Norris is, along with Fernando Alonso, his great friend in Formula 1. Sainz is ambitious but educated, talented but patient, brave but peaceful. He makes a team, he's a good teammate and he adds up.

In Formula 1 there is a maxim accepted by all the actors, the teammate is the first rival. "Yeah, but that doesn't mean you hate your partner or make his life miserable," explains Borja Ortiz. Carlos has had pressure all his life, even more than others by having to prove that he was worth this because he is the son of Carlos Sainz, a stage that he has already overcome ».

1 Niacaragua allows entry of Russian troops and planes.... 2 Argentina brings the voice of Castroism and Chavismo... 3 Every Cinderella gets her prince: José Tomás reactivates... 4 M Clan: «During the pandemic we went to the hotel... 5 The phenomenon 'Champions' arrives on the... 6 The ignored trail of the Jews in Spain after their... 7 Juan Guaidó: "Maduro is very difficult to bypass... 8 Yagidne, the town taken as a "human shield" 9 Entrepreneurs trapped by the crisis with Algeria:... 10 Asia AP Week in Pictures 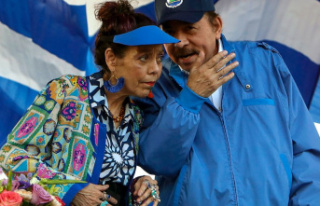