In a sensational afternoon-night, one of the most important days of the Spring Season was held this Saturday at the Madrid Hippodrome, with a large audience, who enjoyed the emotion of the horse races, the show, the music and the gastronomy. 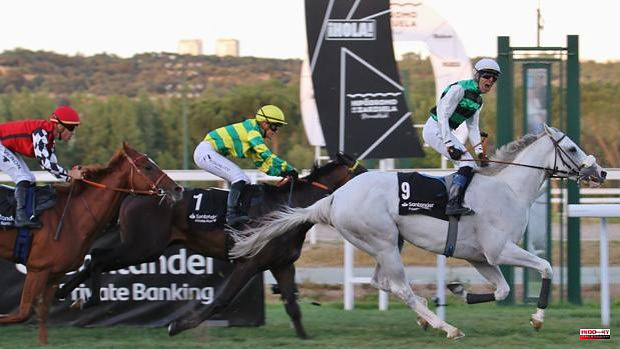 In a sensational afternoon-night, one of the most important days of the Spring Season was held this Saturday at the Madrid Hippodrome, with a large audience, who enjoyed the emotion of the horse races, the show, the music and the gastronomy.

The day began at 6:45 p.m. with the first race, the Reltaj-Galoppclub Iffezheim Prize, for two-year-old colts and fillies. Six candidates for victory. 1,100 meters of straight line travel. The race was decided with some precious final meters in a head-to-head fight between Sommersun and Astuto, who were trying to hold onto the lead. But Sommersun, mounted with great faith by Borja Fayos, managed to overtake him a few meters before the goal post, achieving victory by half a length.

The third, already very far away, more than ten lengths away, went to Sweet Baby who passed in front of Chispa for a neck, from whom something more was expected.

In second place, the Francisco Jaquotot Award was disputed, for three-year-old colts and fillies that have not won. Thirteen participants in a 1,200-meter sprint in a straight line. Azul was far superior to his rivals, already more than five hundred meters from the finish line, he was first, clearly winning by more than three lengths. Great mount of Vicky Alonso. The fight was for second place, in which Fiji Gold, by a neck, passed in front of Borondon.

The third race was the Lester Pigott Tribute Award, a benchmark handicap for horses and mares three years and older. The thirteen participants ran 1,600 meters. As usual for him, Upsdawn took the lead setting a strong pace, reaching something outstanding in the final stretch in which he endured a lot to 'die' on the shore a few meters from the finish line. Spanish Colt, always well placed, waited for his moment to attack down the center of the court and with a nice change of pace he took the victory. Second, mid-length, was Einar, who also finished off with great force for the sticks. Half a body behind came Luanco to be third. Also half a length later, Belador took fourth at the same finish post by necking Upsdawn, who eventually was fifth almost a length and a half behind the winner.

In fourth place was the Beamonte-Oaks Español Grand Prix (sponsored by Santander Private Banking), (Lototurf), the best three-year-old fillies on stage. Twelve candidates for victory started from the 2,400 meter pole. Katara set the pace from the start as Super Trip hung around the back waiting for his moment. Entering the straight, the driver disappears while Super Trip, with its forceful change of pace, passed rivals achieving a great victory. To emphasize the phenomenal riding of his jockey, Borja Fayos. Second, a quarter of a length, came Lovely Diamond, also with a nice shot. Third, also a quarter of a length, came One More Night, who came from the finals. Fourth to more than two lengths came Alfia.

In fifth place was the Villapadierna-Derby Español Grand Prix (sponsored by Santander Private Banking), the best three-year-old colts at the starting post. Nine contenders for victory also over the distance of 2,400 meters. As A Charm came out on top, followed by Catapum, while White King stayed in fourth position biding his time. Entering the straight, As A Charm gave a strong pull that seemed to be definitive, but White King, sensationally led by Vaclav Janacek, with a spectacular change of pace through the center of the track, went towards the finish line getting crowned as our best three-year-old colt. Second came As A Charm, at three-quarters of a length, and third was also at three-quarters of a length at Catapum. Australia Cape disappointed somewhat, which could only be fourth, more than three lengths behind the winner.

The sixth race was the Premio Baratíssima (sponsored by Bubbly Low), for mares three years and older. Seven participants, 1,600 meters of travel. Asturias took the lead at the start, followed by Upa Lola, while Aunt Agatha marched in penultimate position. This is how the final straight was reached, in which the toe disappeared, looking like Upa Lola could get the victory. However, Aunt Agatha, with a very strong change of pace, went straight to the finish post getting a nice victory. Upa Lola was finally second at three-quarters of a length, with Xay Xay third coming three-quarters of a length behind.

The day closed in seventh place with the Premio Goma (sponsored by Las Rozas Village), a benchmark handicap for horses and mares three years and older, over the distance of 1,700 metres. Seventeen candidates for victory, at the orders of the starter. Lightningsun came out very quickly as usual, followed closely by Monterredondo, separating several bodies from the rest of the platoon. Shortly before the final turn, Monterredondo gave a strong push, leaving several lengths, entering the final straight, in which with great ease and being much superior to his rivals, he achieved an outstanding victory by more than six lengths. Cristina Pérez's riding is very good. Second was Ballet Star, who closed a lot in the final meters, with Karluvy third, a length behind. Fourth to two lengths, Lightningsun arrived.

1 Teresa Rodriguez defends in Granada the Andalusian... 2 Sanchez appeals for "red pride" to vote... 3 They discover 400,000 euros in wads of bills in the... 4 At least three dead and eleven injured in a shooting... 5 Russia threatens to attack new targets if Ukraine... 6 Nadal live today: Roland Garros 2022 final against... 7 Where to watch Rafa Nadal's match against Ruud... 8 Ex-Judge of Wisconsin killed in a 'targeted attack';... 9 Starbucks union: Starbucks is closing its store in... 10 After its restoration, the 'Patio Gonzalez Doncel"... 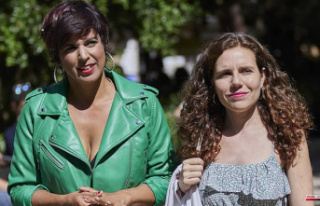