Victory or trouble in Geneva

Perhaps because of the dates, because the Nations League is still a competition to define and locate, or because the pull of Spain without a major tournament in between is what it is, the two draws of the team against Portugal and the Czech Republic they have generated excessive noise in the ecosystem that surrounds the national team. 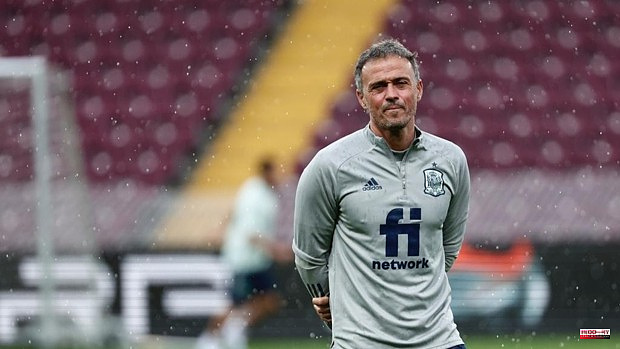 Perhaps because of the dates, because the Nations League is still a competition to define and locate, or because the pull of Spain without a major tournament in between is what it is, the two draws of the team against Portugal and the Czech Republic they have generated excessive noise in the ecosystem that surrounds the national team. There is a tense calm at the Mandarin Hotel in Geneva, the national team's headquarters for the match against Switzerland. Also during the last training session at the charming Stade de Geneve, home of Servette and the venue for the match. There is no sense of urgency or discouragement in the unpleasant afternoon, perhaps because Luis Enrique and the internationals are aware that another setback would set off alarm bells.

But not even that is enough to cut the good atmosphere that the team breathes today. At least there you have to give credit to the coach.

The game against the Swiss, away from home and against a traditionally uncomfortable rival, will be the one that will mark if the symptoms that afflict the team again become a simple cold or a proper cold. Everything that is not winning will air old ghosts, will question again the stubbornness of Luis Enrique and his very personal bets. The anguish will return, in short. Not so much because of the trouble that he could get into the fight to avoid relegation in the Nations League, but because of the demonstration that the national team continues to be half done with the World Cup just around the corner. This is how he has been building his path, with the maxim of being able to beat anyone who gets in front of him, but also of hitting the most spectacular hits. “It happens to all the big teams. We have all seen that type of game in which there are teams that lock themselves up behind. It is very difficult to fight. That is what the Czech Republic did," Luis Enrique said yesterday at the official press conference.

The coach looked tired, rubbing his eyes before facing the battery of questions. «I, in theory, should be the most rested. But this FIFA date is difficult... Luckily I have such a special group that I haven't seen even a hint of apathy. It is all maximum predisposition. I am worse off than they are."

The situation now is reminiscent, saving the distances, of what was experienced in the last European Championship, where two draws in La Cartuja against Sweden and Poland greatly complicated qualification for the round of 16. Sevilla's last game, against Slovakia, came with doubts similar to those of now. The difference is that at that time the inks were loaded towards the low offensive efficiency of the team, with Morata as the first and almost only target on the target. Today the debate is different, focused on the weakness of a defensive line that is too exposed, completely conditioned to the way the team plays and where any mismatch squeaks. Today, it is no longer a novelty, Eric García is the main suspect. Against the azulgrana, his irregular season with Barça is positioned, his lack of forcefulness in key moments and even his appearance, not very similar to that of a typical central defender. In his favor there is almost and only the defense that Luis Enrique makes of him, convinced that Eric, and no other, is the defender who best fits the idea and the team he proposes, beyond states of form, likes and dislikes . Yesterday he spent more time loving his player than anything else: «There are players who make fans and journalists very horny... Eric is wonderful, and the situation with him is unfair. There are errors that certain sectors like and this will make them stronger. As long as he continues at this level and I am a coach, he will continue to come. Everyone has to play a role. I know mine. And Eric's, too. I don't see better players than him in his position, so go ahead with mine ».

Again a barrage of changes is expected in Luis Enrique's eleven, very determined to distribute efforts among the internationals at this point in the season. Seeing Gavi in ​​the eleven will be a surprise, since the azulgrana is the outfield player who accumulates the most minutes in the concentration. For the rest everything is unknown, including the position of midfielder. Busquets, starter in the first game of the series of four, also enjoyed minutes against the Czechs, claimed by Luis Enrique to solve the ballot when things were worse for Spain. The captain also came to the rescue yesterday, summoned again to be the one to show his face at the official press conference, despite the fact that he was already the one required in the previous one against Portugal, a double that is not usual. 'Busi' used the loudspeaker to criticize Laporta and the leaks about the salary cuts for Barcelona players: "They haven't proposed anything to us, but it's not the best decision to do it through the press. Better face to face.

1 Noc Brut Rosé 2019: a sparkling transgressor 2 Where to discover flamenco this summer 3 What happened to Las Ketchup? 4 Guatemalan activists try giant screen to clean up... 5 The impact of European funds on the Spanish economy... 6 The OECD warns that the escalation of prices will... 7 North Korea holds major party meeting amid nuclear... 8 Biden asks Latin American leaders to respect democracy 9 Mariupol's smashed buildings produce the 'caravan... 10 China's trade rebounded in May after anti-virus... 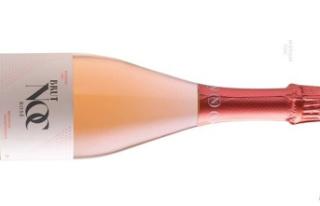