Valle de la Riva: "Our goal is that these jewels of the sea never disappear"

Valle de la Riva was born in Castellón de la Plana in 1962, since his father was stationed there as a state attorney, but the family immediately moved to Córdoba. 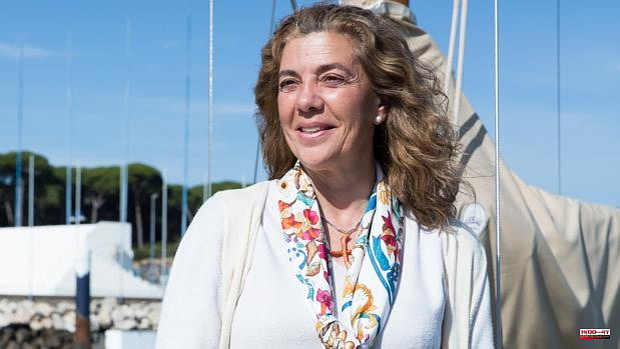 Valle de la Riva was born in Castellón de la Plana in 1962, since his father was stationed there as a state attorney, but the family immediately moved to Córdoba. She has a degree in law, she is a practicing lawyer, as well as president of the Marina del Puerto de Santa María, a company that manages Puerto Sherry and the Fundación Vela Clásica de España.

How was the Classical Sailing Foundation of Spain born?

The result of the concern and "madness" of a group of friends who are fans and lovers of classic boats, some of them owners, to try to ensure that these jewels of the sea do not disappear tomorrow, with the idea of ​​getting the next generation receive a legacy that is not costly to maintain and complicated to manage.

Who is it addressed to and what are its objectives?

It is addressed to the whole society. In fact, we have signed agreements with other foundations such as the Nao Victoria or the Olivares Foundation for children with cancer in Malaga, recognition from institutions such as Full Inclusion at the National level or the AP in Cadiz from whom we receive support. The Foundation has 3 objectives: to bring boats closer to society, so that everyone who is fond of sailing, has an interest in classic boats and wants to sail in them can do so; maintain the heritage that the stories of these ships signify; and, generate the appropriate framework so that professions as specific as riverside carpenters are not lost.

How can we differentiate the Fundación Vela Clásica de España from other similar ones?

The difference is in the proactivity and the events that we are promoting. We have signed agreements with AFANAS and ASTUS (full inclusion associations) where we collaborate with them for the inclusion of their members in society. We restore boats, we maintain them, we sail them and we return them to their impeccable owners... We do training courses, we help young people in their competitions. And, finally, we have made the FVCE available to the Ukrainian Sailing team, making them a structural platform for their life in Spain. I take this opportunity to mention that you can make donations through Bizum at Banco Santander Vela Ukraine 05191 and they are totally directed to them.

How is the Foundation financed?

It only has one year of life, but in its design it has several sources of financing. (1) Foundational with contributions from the patrons that include the restoration of the ships that the Foundation receives, such as the Livia. (2) Also in the management of the ships that are donated on loan to the foundation; or (3) on donations from enthusiastic people. Also very important (4) is the “Sail with Us” product with which the Foundation allows access and navigation on ships, in addition to a series of facilities from the tourist and culinary point of view.

(5) Business with Gipsy 1927, which has launched a line of spirits that is enjoying excellent market acceptance. Its star is Gipsy Gin, possibly the best craft gin in Europe, distilled in copper stills, as it could not be otherwise, in a distillery from 1820 located in Puerto Santa María.

And finally with (6) the Varadero, in an unbeatable setting such as Puerto Sherry, a place is being developed where classic boats can be maintained and restored.

Why is it located in Puerto Sherry?

For several reasons, the first and most important is the culmination of the project of my husband, Perico Bores, a great fan of sailing, and who saw in classic sailing a differentiating element compared to the rest of the other Marinas and Sports Ports. Secondly, and as my husband intuited, the Puerto Sherry facilities are unique due to the climate, space and technical facilities of its dry dock (overhead cranes up to 150 meters) to develop a nautical industry that makes Puerto Sherry a reference for maintenance and conservation of classic boats.

How do I access the services provided by the Foundation?

It is open to everyone. The patrons are available and we have an email (info@fundacionvelaclasicadeespana.es), in addition to the website of both the Fundación Vela Clásica de España and Gipsy 1927.

How many boats does the Foundation have?

At present we have 5: Gipsy, which gives the name to Gipsy 1927. Collin Archer of 1927, following shipyard construction to Elcano and last spy ship of the civil war. Lívia, donation of D. Emilio Espinosa, Herreshoff from the year 63, 42' Yawldaysailer with folding daggerboard. Laro, donation of D. Jaime Gorbeña¸ Norese Boat 6.5 that serves as a school boat in the Puerto Sherry Yacht Club for the familiarization of children with classic sailing. Tuchi, Cris Craft from 1957 that is in perfect condition. Folia, loan donation, 17 meter Nordic Yawl design by Sparkman

Does the Foundation only admit classic sailing boats?

It is focused on boats with a relevant history that have been a milestone in sailing in Spain. They are usually Classic boats, but there are great motorboats and motorsailers with a great history and that would be welcome.

Outside of sailing, what other things does the Foundation do?

As a foundational object, to bring the boats closer to the Society as we have said before. In this sense we have different initiatives such as the training of carpenters from Ribera; integration into the world of work of people with physical and mental disabilities. The ASTUS Association has just given one of our sponsors an award for the collaboration with us; conferences where we look for leading figures in both sailing and disciplines related to it; sponsorship and support of teams of young sailors. Athletes who have achieved a sub-championship in Europe and a Spanish Championship, among other titles. Navigation courses classic sailing boats pre World War II, gaff sailing, and post with the appearance of Marconi sails; or sextant navigation courses. And, without wanting to be inappropriate, we have put the Foundation at the service of the Ukrainian sailors who were caught by the outbreak of the war, at the end of February, in the carnival regatta in Puerto Sherry. Here I want to make a mention of both Paz Medina and Maria Guitart, who are working with them. We, together with Puerto Sherry, give all the assistance they need to keep them sailing and competing in order to carry the personal drama in the best possible way, especially the youngest ones.

How is the Foundation focused on competition?

It is not focused on competition per se. It's like saying that an "older person" doing sports stays better. That's what we want. The Classic boat regattas have done an invaluable asset. They have made it possible for fans not only to see photos of the boats in magazines, but also to see them on the spot. The Foundation wants its associated boats to be able to participate in these events, but it is not its ultimate goal that they do so at a competitive level. Another cause is that some of their boats are historical regatta boats and in this sense we will try to have them manned so that they maintain their level of competition.

How was the Classic Week born and why?

The Classic Week was born at the beginning of September 2011 where my husband, Perico Bores, agreed with the Monaco Yacht Club to organize the Classic Week on a biennial basis, so the 15 meters would race in even years in Puerto Sherry and in odd years in Monaco. After the death of my husband, we wanted to maintain his legacy and, now without Hispania, we are celebrating the 6th edition this year thanks to the involvement of all the Puerto Sherry staff and the support of the Andalusian and Portuguese classic fleet.

What is intended with the organization of this classic regatta in the south?

Many things. That Puerto Sherry appears in the market with its differentiating element that I have previously explained. That it be a meeting point between the Classic fleets of the Atlantic and the Mediterranean. Generate added value to the fleet with the services that the Foundation provides to classic ships. And, finally, to contribute to the quality tourism development of El Puerto de Santa María and its surroundings.

In addition to sports, is it a social regatta?

I still don't know of a non-sports regatta except “El Desafío II Palos”, including mine who go up in sheepskin and suddenly I see them with “knives in their teeth”. In addition, we want El Puerto to be able to enjoy these boats and their elegance. Social Regatta???? I would call it Popular Regatta, where you can enjoy both the time in the water and on land.

What level of demand does the organization of a classic regatta have?

We have been thinking about it for 10 months. Shipowners are not professionals and do not have logistics teams to solve their problems. We try to think for them!!! We also want you to enjoy a few days of competition, distraction and offer something different from traditional regattas. Anyway, we want to convince them to come back in 2 years.

What does Puerto Sherry offer to the crews that come to compete in the Week?

Our great success with the 15 mtrs fleet was to unite the crews of all the boats; we want them to be rivals in the water and friends on land. For us, the crews are the key to a great regatta. The nautical and leisure facilities of Puerto Sherry are the ideal setting to create that atmosphere of camaraderie, friendship and competition that classic sailors desire.

What regattas does the Puerto Sherry Yacht Club organize?

We do all kinds of competitions. Our quarry is who guides us towards which championships we have to go. We do all kinds: Club, regional, national and international regattas. I would like to highlight, if you allow me, 2 championships of which I feel tremendously proud, both for the importance of the championship and for my team, authentic architects, which was awarded by IWS. 2019 Paralympic World Championship with almost 100 participants. Techno World Championship with more than 350 participants and that the IWS certified as an attendance record for an event

Which sailors are sponsored by Puerto Sherry?

Mainly all the guys from the sailing school. In particular and as highlights of the training work we have the Lamadrid Brothers, Pilar and Fernando, who are in the Spanish IQ Foil Olympic team. Also, and more than promises realities, which are the Flethes brothers, sub champions of Europe and champions of Spain of 420 among others.

How is the collaboration with the El Puerto Nautical Week?

The collaboration with the Real Club Náutico del Puerto is very close. We are sister clubs where we all know each other, we are friends with common goals. Anything we can add is welcome.

Will we see more high level regattas in Puerto Sherry like the 52 Super Series?

Sure. That is our intention, although now we are more focused on dinghy sailing due to the projection of our sailing school than on cruising. The 52 Super Series made us work very hard and we learned a lot. We had never organized a Formula 1 event…. We feel comforted by the emails of thanks from the shipowners and their desire to return. 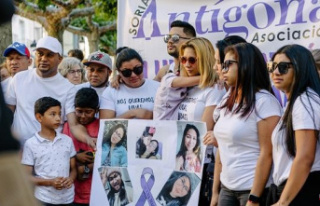 Outcry in Soria against sexist violence after the...