Ukraine, one step away from making history

The Ukrainian team won this Wednesday in Scotland (3-1) in the semifinal of the play-off for the 2022 World Cup, and the ticket to Qatar will be played next Sunday against Wales. 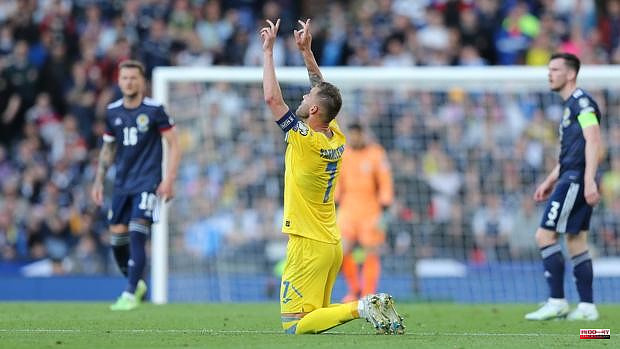 The Ukrainian team won this Wednesday in Scotland (3-1) in the semifinal of the play-off for the 2022 World Cup, and the ticket to Qatar will be played next Sunday against Wales.

The players in blue and yellow are just one victory away from qualifying for a heroic World Cup due to the war situation that the Eastern European country has been going through since February. To do this, they must beat the Welsh team on Sunday in Cardiff. "Everyone knows the current situation in Ukraine and every game for us is a final, but our dream is to go to the World Cup," Manchester City midfielder Oleksander Zinchenko said after the game.

And what was shown on Wednesday on the lawn of Hampden Park in Glasgow, gives reason to believe that it is possible, since the Ukrainians were globally superior to a Scotland that showed no signs of fighting, beyond a goal scored by McGregor in the absence of ten minutes to go.

"I think we played well, minus maybe 20 minutes in the second half," Zinchenko continued.

The Ukrainian anthem, just before kick-off, set the tone for a different night. Wrapped in the flag of their country, in what is their first official match since the outbreak of the war, the Ukrainian players sang it at the top of their lungs, accompanied by numerous fans in the stands, many of them with flags or banners.

But once the ball got rolling, Petrakov's players kept their heads on the pitch, while the Scots seemed transfixed by the challenge. Thus, after several heroic saves by Craig Gordon, the Ukrainians managed to open the scoring thanks to Andriy Yarmolenko in the 33rd minute.

On the way back from the changing rooms, a reaction was expected from the locals, who had promised not to be carried away by empathy with the situation in Ukraine. However it was Roman Yaremchuk who finished off a cross to double the visitors' lead early in the second half.

The Scots had minutes of reaction, and after occasions missed or stopped by Georgi Bushchan, the goalkeeper could do no more in McGregor's goal (minute 79), which gave the locals hope.

However, the Ukrainians managed to close the game thanks to Artem Dovbyk (90 4) and are now just one step away from achieving a heroic ticket to the World Cup in Qatar at the end of the year, having to defeat Wales in Cardiff on Sunday .

1 The Supreme Court's slam on the Atristain doctrine,... 2 The Police intervene in Zaragoza a ton of pirated... 3 The keys to the new VTC law whose approval will be... 4 Two arrested when they robbed a house in Toledo 5 A motorcyclist dies in Palencia after falling and... 6 Ayuso accuses the women of Podemos of "whining"... 7 A lot of 'remember' in the musical offer... 8 The labor market resists: unemployment falls by 4,482... 9 Elísabet Benavent: «Literature has no gender, it... 10 What are the Roland Garros 2022 prizes 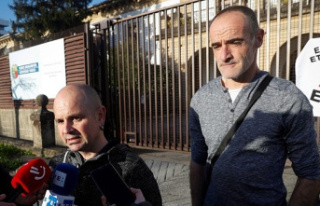 The Supreme Court's slam on the Atristain doctrine,...