Top the price of visiting tickets, the desire of the Spanish fans

With qualification for the Champions League at stake at the end of this season, a group of Atlético de Madrid members considered traveling to Mallorca to accompany the team when it needed it most. 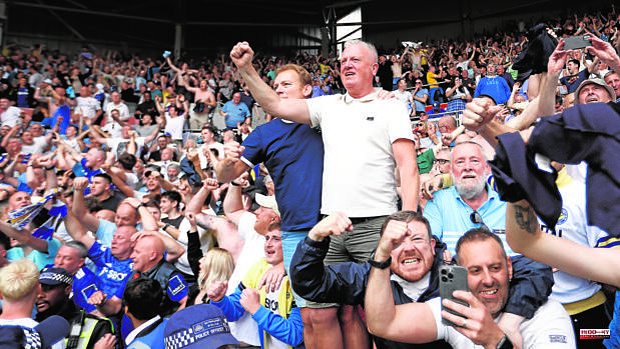 With qualification for the Champions League at stake at the end of this season, a group of Atlético de Madrid members considered traveling to Mallorca to accompany the team when it needed it most. The displacement ended in a broken dream when colliding with economic reality: the transfer to the island, the stay and the high price of admission, 110 euros in the visiting area, was an expense impossible to assume for most of those mattress makers. That charter flight never got off the ground. Soccer, a universal sport precisely because of the popular roots with which it was born, turned into a luxury item over the years, the problem faced throughout the course by Spanish fans who want to enjoy their teams in other stadiums.

That wound began to heal in England six years ago when Premier League clubs unanimously agreed to set a price cap on stands reserved for away supporters. Last Thursday they renewed their pact in favor of the fans, who until 2025 will pay a maximum of 30 pounds (35 euros) for their entry into games away from home. The same amount that they have been paying for the last three years, an initiative that generates "admiration and some envy" among the Spanish soccer clubs, according to ABC.

“Yes, it is true, we look with admiration, and with some envy, at that agreement that the English fans have managed to renew with the Premier. I think they have more sensitive clubs there than we have in Spain, ”says José Mateo, the president of Aficiones Unidas, the association founded in 1999 with the aim of promoting twinning among fans.

The cap price on tickets for visiting fans was introduced in England in the 2016-2017 season and this initiative has been a fundamental asset for the Premier League since then has managed to maintain an average occupancy in the stadiums around 96%. But also other more mundane details such as delaying the start of matches when, for example, there are traffic jams in the surrounding area and members have difficulty accessing the stadiums.

"All clubs are aware of the importance of away fans in creating the best possible atmosphere at matches and recognize the costs of following their teams away from home," the English clubs said in a statement announcing the renewal of the agreement to cap the price of visiting seats, an initiative that has not been established in Spain at the competition level, although it has been established individually among some teams.

«From Aficiones Unidas we have been claiming and working with LaLiga for some time to achieve a similar agreement in our football. In fact, in the SmartBank League we already have an agreement with LaLiga whereby 500 tickets are available at a price of 15 euros for fans and visiting supporters club members. In the Santander League we are not capable of achieving it because the clubs do not want to », details José Mateo on behalf of the more than 50 First and Second division football fan club federations that are part of the organization he presides over. He is very clear about it. “Football must be cheaper, not only because of the consideration towards the fans who pay our subscriptions and tickets, but also because of the great economic effort involved in traveling when we follow our teams,” they claim from Aficiones Unidas.

That the economic muscle of European football has its epicenter in England is shown by the fact that a team like Aston Villa, which has not qualified for European competitions, has been able to snatch the signing of Kamara from Atlético de Madrid, third-placed in the League, or to hire Diego Carlos, a fundamental piece in Sevilla.

The whole of Birmingham and the rest of the Premier clubs exploit their resources to the fullest, but collecting large amounts for seats from away fans is not among them. Aston Villa, like the rest of the Premier League teams, have charged 3o pounds this season to rivals who have visited their stadium. To the fans of the most powerful teams and the same price to those of the groups in the lower part. Nothing to do with what happens in Spain, where there are games in which the clubs throw the house out the window. Seeing the classic in the visiting area of ​​the Santiago Bernabéu, for example, cost 120 euros this year.

«The Spanish clubs must make him look at it. Professional football generates a lot of money and a part of it must have an impact on the fans as essential actors that we were, are and will be in this beautiful sport, or industry as it is said now, "concludes José Mateo.

1 Spain lives on the wire 2 Without privileges for Andorra de Piqué 3 If you are going to visit Asturias to eat only fabada... 4 A judge indefinitely prohibits bullfights in Plaza... 5 Mexico City bullfighting ban extended indefinitely... 6 The US affirms that the 250 Honduran workers that... 7 Patchwork to fix the world 8 North Korean leader reiterates his support for arms... 9 Zelensky: "You don't need experience to... 10 Ten keys to understand the French legislative elections 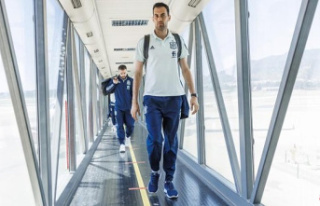 Spain lives on the wire